Chasing the sunset: Joys of riding alongside the Royal Enfield pack

A Sunday morning that comes with the promise of Chasing the Sun... When Royal Enfield invites you for the first edition of its Chase The Sun ride, coinciding with the June solstice, you seize the chance to escape.

Crafted to give the Interceptor 650 and Continental GT owners an opportunity to break away from the mundane, and indulge in a very casual, offbeat sojourn, the ride provides a taste of both sunrise and sunset on the same day in two different cities in India—starting with dawn in Mumbai and culminating at the western coast at Ganpatipule the very same day. Big new bikes, a weekend monsoon ride and some fresh seafood thrown in for good measure - there’s really no way of saying no to this. 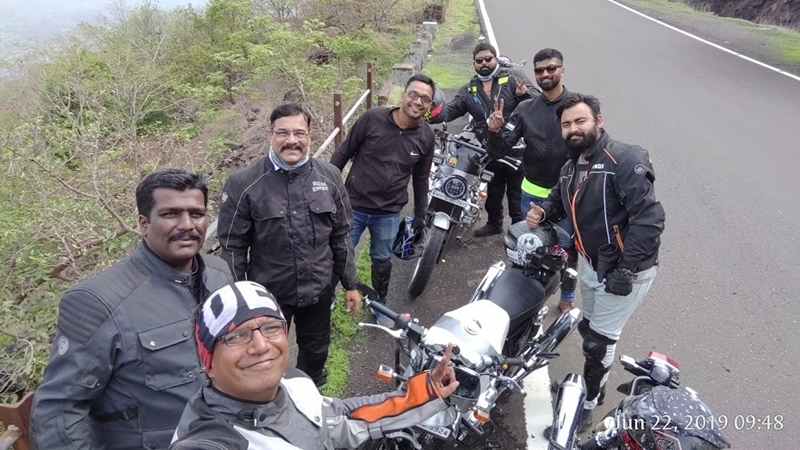 So there I am, alighting from a cab with my gear at 5:30 am on a Saturday, when I see ‘her’. There she is, ‘Patricia’ - the red and white Interceptor 650 who will be my ride for the weekend.

She comes kitted out with accessories from Royal Enfield’s catalogue book and looks like a far more expensive motorcycle. In fact, you won’t be blamed for mistaking her for one of the larger American cruisers.

A quick brief later and we flag off from the Royal Enfield dealership in Nerul, Navi Mumbai to chase the sun on our bikes and finally catch the sunset in Ganpatipule. 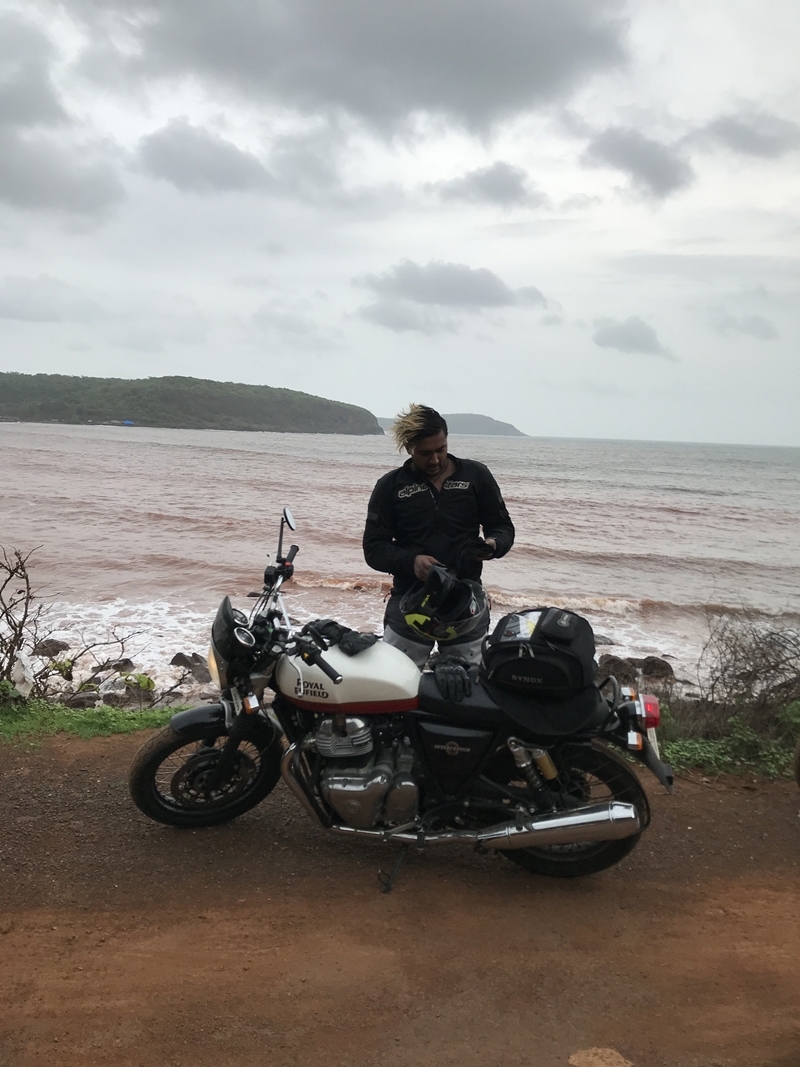 Most of us who have done this route know that it shouldn’t take you more than 9 hours to reach the quaint little beach town. And that’s where the ride coordinators Aakash and Iqbal from RE come into the picture.

They take the saying: “It’s about the journey, not the destination” pretty seriously and have artfully crafted a longer but more scenic route that takes you across a couple of rivers, around a few hills and runs right beside the picturesque Konkan coast.

Three hours later, we stop for breakfast at Mahad and group up with the 34 odd riders, all on their 650cc twins. Riding with a pack this large on motorcycles like these does attract a lot of attention – of the good kind. Smokey trucks make way, people stop to click pictures of you and even the wily ST buses stop hogging the ghats. 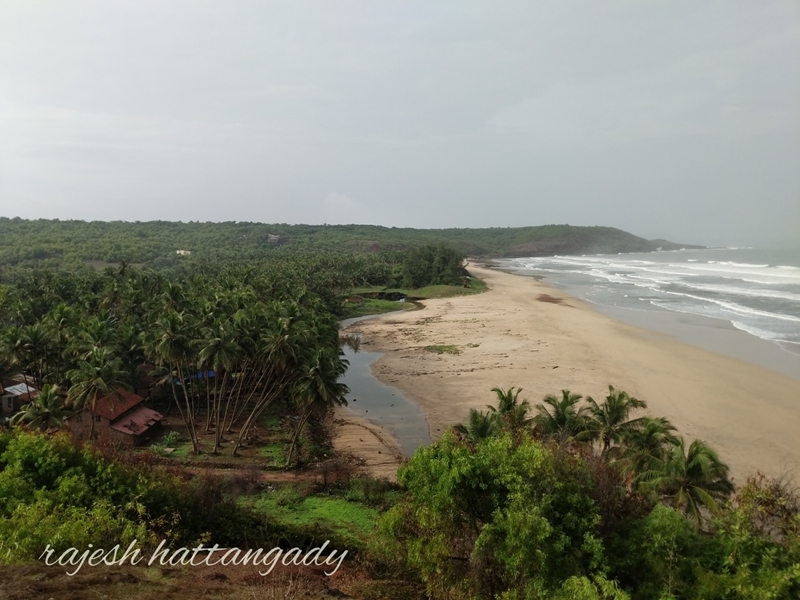 We pass through broken roads at Mandangad and Dapoli to reach the port of Dabhol from where we take the first ferry to cross over the Vashishti river. The second you cross over, you notice the differences.

Suddenly, we are the only ones on the brilliant tarmac hills with countless unoccupied beaches passing us on the right. And that’s where the true fun begins. The torque on the bike makes climbing the inclines a cakewalk, and the freshly tarred roads help bring out everyone’s inner Casey Stoner in the corners.

The route then takes us directly to Tavsal where the second ferry takes us on to Jaigad. At this point, we can see the sun slowly inching towards the horizon. No problem.

Get your head down, pin the throttle and focus a little more on the road ahead and not the dazzling western sea. Bam! And that’s when we finally made it to the Nakshatra Beach Resort that overlooks the beautiful Ganpatipule coast. 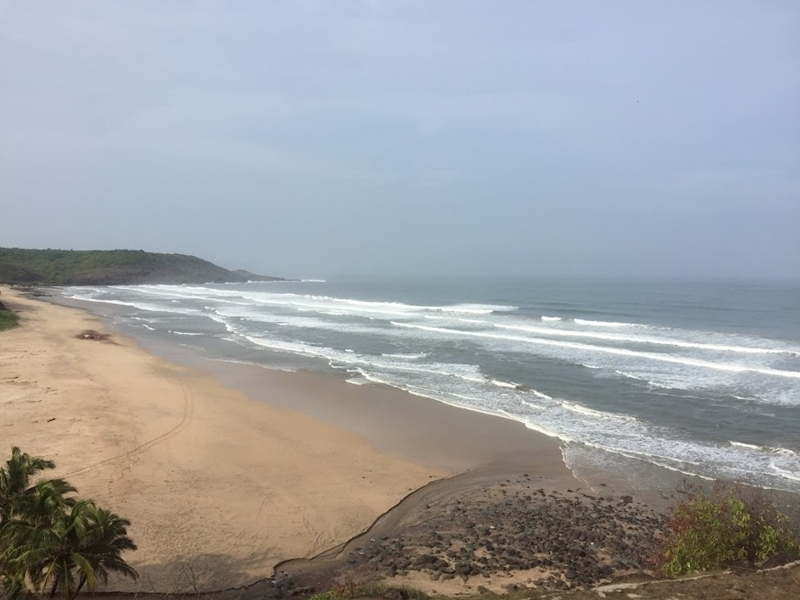 Park the bikes, take the sweaty gear off and head to the balcony. We catch the sunset with minutes to spare!

I’m all in support of these company organised rides. It gives the new and younger riders an opportunity to explore what their machines are capable of. It gives the older riders a chance to let off some steam and enjoy the weekend with like-minded individuals. There is even a backup car and a tempo in case there are any emergencies.

The one thing I really liked about this trip, is that it is for everyone. You like going fast and pushing the limits? You will find a few guys at the head of the pack doing the same.

You prefer soaking in the sights and stopping every 30 minutes for Instagram pictures? You will have company for that too. As long as you own one of these motorcycles, there is nobody to stop you from joining these rides and discovering a new brotherhood altogether.

As for me, I’ve simply been converted me. From finding the Enfields too heavy and underpowered to be doing spirited morning rides, to discovering RE’s

very promising 650 twins, it has been quite a change of heart. Patricia is to blame and I’ve never been happier to spend 12 hours or more on an Enfield. Now only if the good guys at the RE factory could put this engine in the Himalayan frame, hmm...