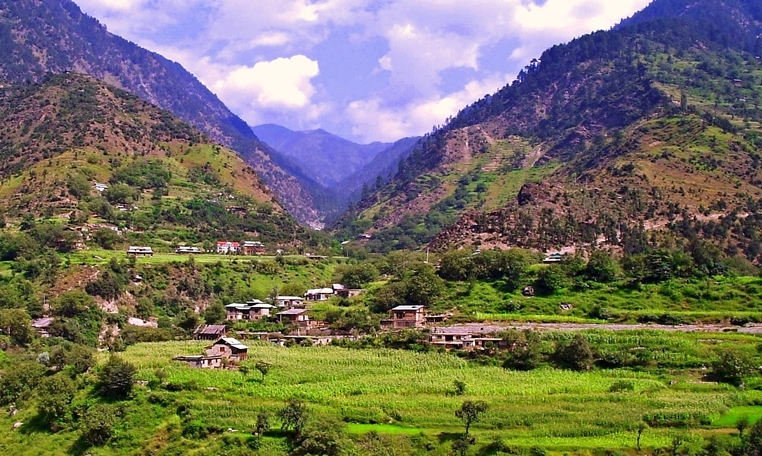 I first came to a knowledge of Kashmir in 1957. I was a seven-year-old in Patna and in May of that year, I was to travel for the first time ever to this magical place to visit my father.

I knew little or nothing about it, except that sometimes it was Kashmir (pronounced like the sweater, Cashmere), and sometimes it was J&K, and my father was there, posted as a doctor with the Bengal Sappers. Or maybe it was the Madras Sappers. I don’t remember those details.

I remember my mother’s friends talking to her excitedly about it, and I recall some smugness on her part and envy on the others’. After all, how many people at the time had had the experience of snow. I heard references and they must have sunk into my brain where they lay forgotten till the end of the century.

I heard Pathankot first, because that is where we would head, before the actual journey to “Cashmere”. Then to places – Gulmarg, Khilanmarg, Dras, Uri, Kargil. No, we would not be going to the last named but there was talk about them.

We were (unheard of!) taking out woolens in May, for we would need them on our holiday. Already this was the sign of a huge upheaval in lives that waved goodbye to them in early February, and said hello again at the end of November.

All letters were addressed to my father at 56 APO, and I marveled that he was such a big shot because he had such a short address. And I couldn’t wait to visit the place where we could see apples and pears actually growing on trees, visit walnut groves, take a ride on a shikara on the Dal Lake, maybe spend some time in a tent, see snow, the last experience setting us apart from all our friends forever!

I remember 1957 chiefly for the bitter taste of fever and disappointment. Around the time the first ever Assembly elections were playing out in Jammu and Kashmir, the Asian flu was making its grand entry via Madras. And it must have run swiftly on its pandemic path, reaching Patna days before we were to leave and felling us all.

There was fever and pain and the enormous sense of hopeless disappointment and letters going to and fro and even a couple of telegrams, and then a huge box of cherries made its appearance as a salve to fretful tempers and cries of distress and easy dissolution into tears. I associated cherries with heat and lost hopes and fever for years after that and could never eat them.

Also, somehow, I never visited Kashmir and my father left in early December, bringing with him his greatcoats and groundsheets and a special canvas cover for the damn basin that accompanied him on camps, along with a camp stool and a stretcher, all very masculine and olive green, but somehow, to me he had lost a bit of the old mystique that then accompanied men in India who lived in snow.

He brought along with him a smallish Lhasa Apso whom we had named Tinker, by letter. And Tinker from Cashmere made it quite clear that he had little use for any of us plains people, which enraged us little people because my father paid him too much attention. “He’s afraid,” we were told. “Stop crowding him”. And we tried to explain that to our regular dog, a snappish cross between a terrier and god knows what named Lassie, who regarded him as an outright interloper.

Three weeks later, Tinker was dead of distemper as even the Patna cold wasn’t cold enough for him. We were sorry but we got on with our lives and next May it was chicken pox. Kashmir had well and truly left our lives as swiftly as it had entered.

Kashmir never did happen for me. And now I wonder if it ever will. After all, now that Article 370 has been abrogated, there’s going to be a flood of immigrants of the kind we have seen in other places, from Kerala to Goa. And who the hell wants to see all that.

There goes our Switzerland. Oh well, I can always head to the real one, where, at last recounting two weeks ago from a friend who had been there, snow was being manufactured on Mount Titless and was causing a health hazard by freezing in slippery, icy sheets.

Still and all, the sadness caused by the turn my life has taken vis a vis Kashmir, just refuses to lift.