In this case, I am referring of course to the Punjab and Maharashtra Cooperative Bank.
Carol Andrade 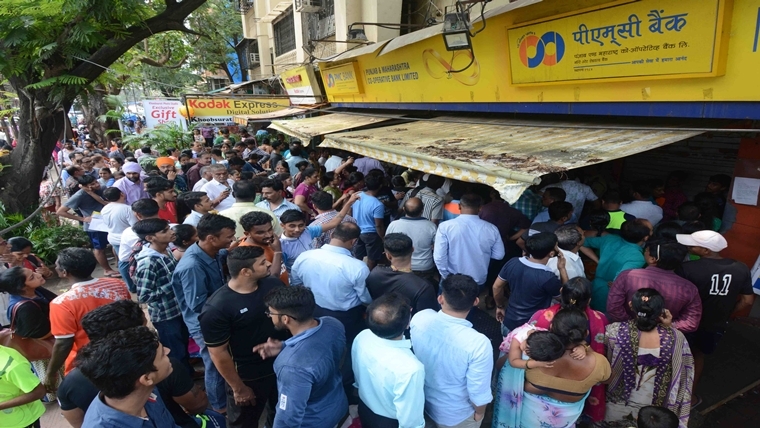 By now, the first blind panic and desperation at the thought that the friendly, neighbourhood bank you trusted has now been forbidden from carrying out transactions by no less than the Reserve Bank of India, and that you cannot think of accessing your money for the next six months, is receding. It is being replaced by something even more horrifying – hopelessness and the growing knowledge of exactly how much we are at the mercy of co-operative banks. In this case, I am referring of course to the Punjab and Maharashtra Cooperative Bank.

That knowledge is painful. Even more painful is the knowledge gained from frantic Google searches of information that gives one probability figures about the chances of getting your money back. The news is not good. The writing is always on the wall, it’s just that the regulators seem unconcerned about co-operative banks in comparison with the watchfulness they keep upon nationalised commercial banks.

In the 15 years since 2004, according to RBI data, 375 urban cooperative banks have failed. Sucheta Dalal, writing in Moneylife, says that the RBI announces a closure every month. Casually. Mahaharashtra has the largest number of such banks.

Listening to the horrible news over the weekend, I couldn’t help but be shaken at the stories that surfaced, each one more heart-rending than the one before. A disabled professor with a large sum of money in the bank and no other access to finances, a trader whose cheque for Rs 10 lakhs was deposited just before the bank announced a moratorium on transactions, a small businessman with Rs. 30 lakhs in the bank, earmarked as payment to his suppliers, a man now unable to pay even his children’s fees. But I had just read about these.

Then it came much closer. At least three people I work with have been directly affected, access to their own funds now stopped. Young, working people and the sadness in their eyes is palpable. Even if one is not directly affected, the tragedy reaches out and touches because of its human dimensions.

How on earth does the RBI, which is the body one must fault for lax supervision and failure to handle the fall-out of such a decision, have the brazen nerve to decide upon a sum of Rs. 1000 over six months as a cap on withdrawals? How much is that over 180 days? How do I prevent this from happening to me?

So, I asked my friends why they had chosen this particular bank and not a nationalised institution, where there is a tad more safety. And each said the same thing. That the bank was good, opening early, closing late and open throughout the year, Saturdays, Sundays, every day. That the service was friendly and that the locations of its branches were most convenient for people rushing to and from work and home in a city where commuting and its travails changes the very shape of one’s relationships. That they had lots of friends who had accounts in the same banks and they had never heard a whisper against it. Till the draconian step taken by the RBI, reportedly after the bank itself approached it with information about its problems!

Most of my friends have now done the research they perhaps should have done earlier. Yet even then, things were fine, till one bad loan, or many, changed the picture. Now they talk sadly of CRARs and ROAs and NPAs and finally DICGC, the last being the only acronym that seems to have anything to do with pain alleviation. The Deposit Insurance and Credit Guarantee Corporation (India) will see you finally get a measly Rs 1 lakh for the other lakhs you have lost, but when that will be is anybody’s guess.

I’m still grappling with one question – given their structure, their tightrope act, interference from political parties and lack of proper supervision by the powers-that-be, why allow cooperative banks at all?

Here’s the answer. The government is responsible for the fact that India is seriously under-banked, thus leaving millions of citizens, traders, agriculturists and small businessmen vulnerable to the vagaries of money lenders and other unregulated loan systems. Something, the powers seem to be saying, has to be better than nothing.