Carol Andrade column: The rage of the ragpicker, drawing blood 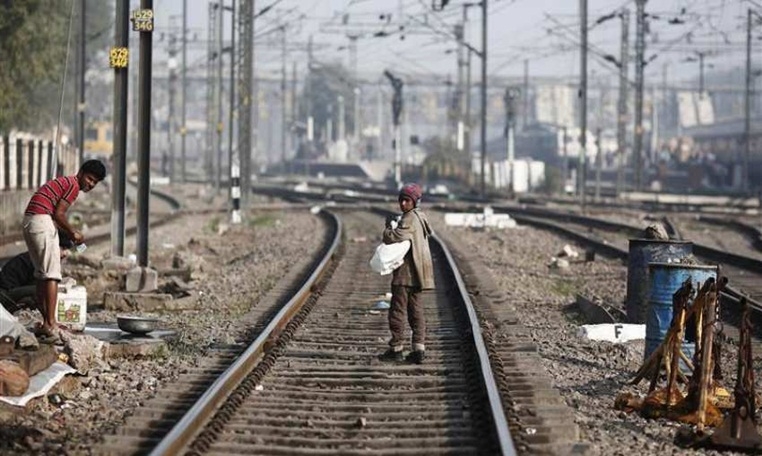 Last Tuesday, no less than five commuters, travelling on Central Railway locals going North, were injured in separate incidents when stones were hurled at their trains. The incidents took place between Kurla and Vidyavihar, a fairly short distance from each other.

Their injuries were quite bad, though thankfully, there were no deaths. They took place, as far as I can figure out, in a two-hour window, starting around 3 pm and ending with an arrest at 5.30 pm.

Those who were injured included a college-going student, office-goers and others, all faced with injuries that required stiches and left them shocked and dazed. The little spree of unfocused violence came to an end at 5.30 pm when yet another commuter told patrolling cops that she had seen a man hurling stones at passing trains.

In short order, the police had winkled out a man hiding in the bushes. His name, according to the report in the news, is Rajesh Singh and he is a native of Haryana. He has been in Mumbai for the past year. Asked why he was throwing stones at trains, he is reported to have said he had “no particular reason”. He earned a living through ragpicking.

Like most reports on focused crimes, this one was also woefully short on background, context and detail. There is much more that I want to know.

For instance, is Rajesh Singh his real name? What did he hope to do in Mumbai? What is he qualified to do? Why travel all the way to Mumbai when Delhi is so much closer? Does he have real relatives in the city? How long has he been ragpicking for a living? Does he have a single friend here? Does he know how much blood he has drawn in a single small window of time?

Why is he so angry? Why should he not be? What will happen to him now? Did he imagine, when he left on his long journey, that it would descend to horror so fast? Does he realise the extent to which he had affected the lives of five people, their families, their friends?

Does he know that there are hundreds of thousands of commuters in Mumbai who regard people like him (“stone pelters”) as one of the worst dangers of their daily journey on Mumbai’s locals? That an equal number of parents tell their kids not to stand near doors on the trains in expectation of the unreasoning violence unleashed upon them by “people like Rajesh Singh”?

This Haryanvi man could not have come to Mumbai with dreams of becoming a ragpicker, the official description of a community whose existence, without dignity, safety or a future, is still crucial to the huge problem of waste management.

By 2050, according to IndiaSpend, India will be generating 450 million tonnes of garbage annually. Much of it is valuable and can be recycled. This is where people like Rajesh Singh come in as a complementary factor to a system that, without him, would have us drowning under mountains of waste. As a matter of fact, we already are.

But because it is such dirty work, no one sets out to be a ragpicker. No one thinks about them, no one welcomes them to homes, forget about tables. We prefer to think of them as the dregs of society, the people who are there to fuel a habit like drugs or glue-sniffing.

If Rajesh Singh from Haryana had a dream about the big city, it is highly unlikely he will voice it now. As he disappears into the prison system, he will become even less valuable than he has been in the immediate past, a ragpicker, one of the estimated 4 million in the country, driven to the job through penury, unable to see how important he actually is, barely sentient, in fact. After all, he does not know why he threw stones at passing trains. How to tell of the deep wells of anger within him for which he has no words.

How to tell of the anguish, perhaps of being away from his home, of frustration at a life that is going nowhere, of bewilderment at being excluded from a modern existence so beguilingly shown on a million televisions in a million shanty homes?

How to tell him that we don't give a damn about people like him. Better he disappears from our sight into jail, where at least he can do no direct harm to us or our loved ones. This is Rajesh. This is Me. Be like me, not like Rajesh