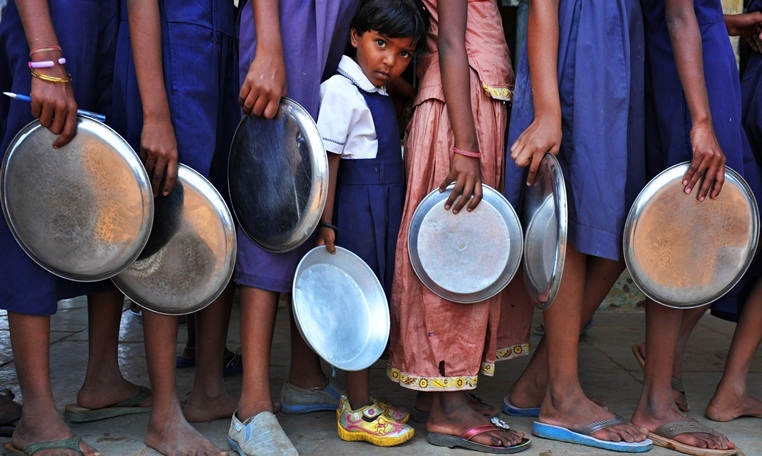 Around five years ago, an article online, titled “How to Live and Die on the New Dharavi Diet” caught my attention, partly because it was a showcase for fine journalistic reporting, and partly for its subject. Apparently, in 2014, a survey of the area, usually referred to as one of the world’s largest slums, turned up thousands of children suffering from Severe Acute Malnutrition (SAM) and Moderate Acute Malnutrition (MAM).

These children under six years old, displayed a host of symptoms associated with starvation, with poor height-weight ratio, listlessness, lowered immunity and constant vulnerability to opportunistic infections. While the study indicated that perhaps 12 per cent of children under six were affected, activists said this figure could actually be as high as 50 per cent.

Ironically, workers in the field said the problem was caused not by poverty but by the widespread consumption of junk food like chips, instant noodles, even vada pav. The causes were usually low literacy levels in the families, mistaken urban aspirations to what constituted modern living, and the lack of a support system for immigrant families in the city to eke out a living.

Luckily, the survey itself led to vigorous intervention on the part of the Central government’s Integrated Child Development Services so the deterioration in physical and cognitive abilities could be halted and even reversed. For stunting, once established as having taken hold by age 5, has a permanent irreversible effect not only upon the child but upon society at large and even the country’s GDP.

By 2022, all the schemes announced by the Prime Minister will be well underway. Around 100 million women will have received free LOPG connections, particularly in rural areas, though tens of millions will not be able to afford refills, in March of that same year, the Modi government has declared it will complete building 20 million affordable homes for the poor. That’s both urban and rural areas as well as those to be completed under a scheme of the earlier UPA government.

Meanwhile, the Jal Shakti Mission has promised piped drinking water for all by 2024, and already more than 330 million people have bank accounts under the Jan Dhan Yojana, with balances that go up mysteriously during elections and then come down after that as mysteriously.

By 2022, India will also be battling the problem of stunted children, one in three under the age of five years. Currently, nearly 61 million of the 162 million stunted children worldwide are in India. Over the past decade, stunted children (the outcome of chronic malnutrition) has actually reduced at the rate of 1 per cent per year. But this is the slowest among all emerging economies. And this is in a country which is producing enough foodgrains to be self-sufficient.

The worst hit states are UP and Bihar. In the latter stated, one in two children are stunted, and as expected, those in the BPL sector, Scheduled Castes and Tribes, and children of illiterate mothers are worst off. There is just no food available for them, thanks to lack of access to jobs, money and even to schemes aimed at bringing them relief.

According to the World Health Organisation, whatever India is doing is just not enough. And if we are to reduce that one in three to one in four, we have to double our rate of “progress”.

Somehow, I feel that in the tom-tomming of all the other schemes planned by the government, this one, vitally important fact has not received much attention. It’s a little like that question in the Bible raised by Jesus Christ: “For what does it profit a man if he gains the whole world and suffers the loss of his soul?”

If there is one thing we all agree upon, it is that our children are our future and they are the soul of India. Raising successive generations of stunted children even as we fight for a prominent place among the world’s economies as a super-power, seems both pointless and counter-productive.

So – first the children.