What started as a bright and beautiful day for most of us, it was a day of test for 16 gorgeous Indian women who were ready to set the stage on fire with their enormous talent and beauty. Yes, it was that time of the year when Miss India France returns on its quest of searching for the one. 16 staggering participants, but only one takes away the crown. 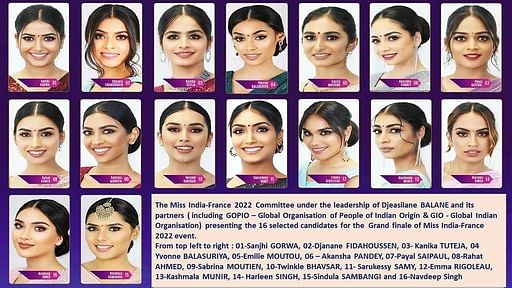 The stage was set, two amazing masters of the program, Sabrina and Laurent enthralled the audience with their hilarious jokes and engaging activities. The anchoring was top notch. 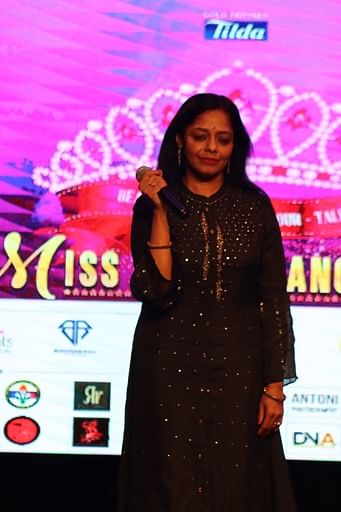 Right when the audience was warmed up, it was time for some traditional spice of Indian culture, the pride for Indians in its purest of forms. Folk dances like Bharatnatyam and Kuchipudi were arrowed straight into the hearts of the audience. It was a perfect start to the evening.

It was time for the First round of the competition, where all 16 finalists walked onto the ramp with beamingly designer sarees. Yes, it was the saree round. The claps of encouragement from the audience were adding fuel to the fire lit by these 16 beautiful contenders in front of high caliber and well celebrated judges.

Now, it was time for the second round of the competition. The Talent rounds. Here all participants were given a stage to showcase their talent in front the judges and the audience. Variety of skills ranging from singing, cooking, dancing to writing were gracefully showcased by all participants. This is an important item for the title holder to distinguish from others because winning the crown of Miss India-France confers the honour of serving as a role model, inspiration and icon for the youth. She must be multi-talented and at ease in communications since she will be the invited guest in many events of the Indian community in France.

Next, before audience settles down on their seats after an incredible round, it was Sri Desi dance group leaving no stone unturned to grab the attention of the audience with their amazing energy on the dance floor. They bought in a different taste of India with their traditional dance style and elegant jewellery. It was a feast to the eyes. The entertainment part was at its peak when Mrs Aparna Sreedhar, a pride to GOPIO family, enthralled audience with some spectacularly melodious, emotional performance paying tribute to Late Lata Mangeshkar, The Nightingale of India and the voice of the millennium. Ms. Aparna Sreedhar took everyone down the memory lane. It was all smiles in wet eyes and a roaring applause from the audience standing on their feet. Her voice kept echoing long after she left the stage.

After a thunderous applause from the house filled with brightest of joys, it was time for the third round, the fashion show, where all 16 participants showcased the sustainable clothing line from Titou Couture. Titou Couture promotes sustainable and eco-friendly fashion while abiding all European norms.

The 16 participants were narrowed to 6 during the elimination round which followed. This round was a battle of brains. The Cultural integration round consisted of questions ranging from Indian culture to friendship between India and France so as to test the public speaking skills of the contestants. After which, votes from the audience were collected so as to to elect the three beautiful ladies.

Finally, heartbeats were fast and amidst of all the nail biting and crunch moments, Yvonne Balasuria was crowned Miss India-France 2022. Followed by her, first, runner-up was Djanane Fidahoussen and Sabrina Moutien was the second runner up.