Year Ender 2021: From Katrina Kaif to Varun Dhawan, B-Town celebs who tied the knot this year

Weddings are made in heaven but personified on this very planet! Throughout 2021, several Bollywood stars have been making headlines for their relationship. Here are some B' town couples who married in 2021.

The most trending and talked about wedding towards the end of 2021 happened to be of Vicky Kaushal and Katrina Kaif, fondly called 'VicKat' by their fans.

On December 9, the star couple tied the knot in a lavish wedding that was nothing short of a royal spectacle at Six Senses Fort Barwara, Rajasthan. All celebrations were kept off media focus and under strict security.

Both Katrina and Vicky, as they finally posted pictures on social media, wrote in the caption, “Only love and gratitude in our hearts for everything that brought us to this moment . Seeking all your love and blessings as we begin this new journey together.”

After dating each other for 11 years, Rajkumar and Patralekhaa finally tied the knot this November.

Several photos and videos from their intimate wedding had gone viral on social media platforms. Their wedding became the talk of the town after a video of bride Patralekhaa applying sindoor on Rajkummar's forehead surfaced online. They got married on November 15 in Chandigarh.

Film star Varun Dhawan's marriage made the headlines all through the shaadi season in late January. His better half, Natasha Dalal, is fashion designer.

Varun posted their wedding photos on Instagram where the couple can be seen in a mesmerising look. The post was captioned, "Lifelong love just became official."

Actress Yami Gautam married filmmaker Aditya Dhar on June 4. She took to social media to post the candid clip of the couple smiling right and lost into each other's eye. '

"In your light, I learn to love," the caption began with a Rumi quote.

Film producer Rhea Kapoor and her long-time partner Karan Boolani tied the knot in an intimate ceremony in Mumbai.

The wedding took place on August 14 at daddy Anil Kapoor's Juhu resdience. After their wedding, Rhea's first post on Instagram left the netizens in awe!

The 'Rehnaa Hai Tere Dil Mein' actress' wedding ceremony was held on February 15. It was a intimate-knit affair, attended just by close friends and family.

The wedding picture was posted with a beautiful caption on the bride's Instagram page, it read, "Love is a full-circle that we call home. And what a miracle it is to hear its knock, open the door and be found by it. Sharing this moment of completion and joy with you..my extended family. May all puzzles find their missing pieces, may all hearts heal and may the miracle of love continue to unfold all around us."

She got married to Australia-based dental surgeon Tushaan Bhindi on May 15 in Brisbane, Australia, after being engaged for over a year. 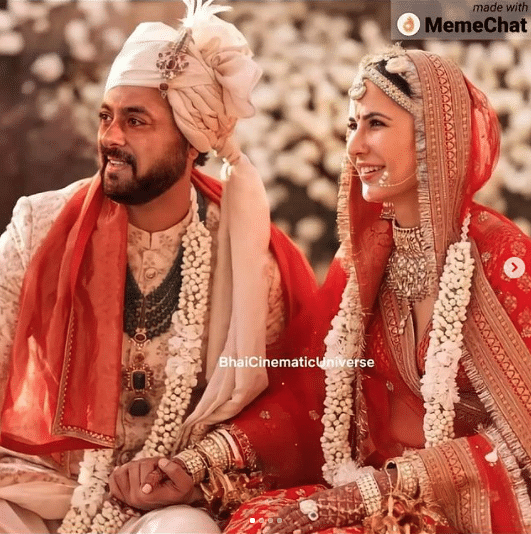 Year Ender 2021: 5 memes that you couldn't have missed; quick recap