When Samantha spoke about Naga Chaitanya's 'first wife': 'Always between us'

Actors Samantha Ruth Prabhu and Naga Chaitanya separated in 2021 after a four-year marriage. Their divorce became the talk of the town as they were one of the most loved celebrity couples.

Ever since they made the announcement about ending their marriage, a lot has been said and written about it.

During an appearance on Lakshmi Manchu's show Feet Up With The Stars (Telugu) in 2019, Samantha had spilled the beans on her and Chaitanya’s love story.

The actress had said, "Chay is completely husband material. He has seen me from nothing. I remember I didn’t have money to make a call to my mother from the US. I took his phone and made a call home. Chay has seen me from that to this, so how can it be anybody else, right? Anybody else only knows me halfway." 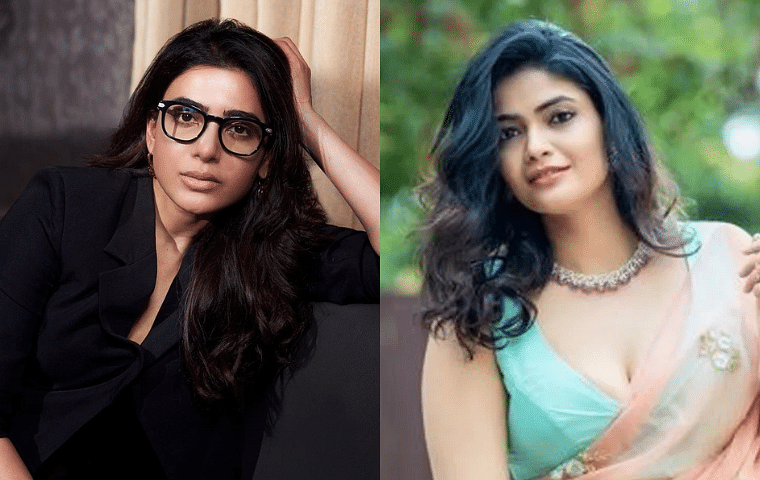 Samantha and Naga Chaitanya had a love marriage and they were in a live-in relationship before tying the knot. When asked Samantha to name the "three things different in your bedroom from when you were single to being with a man," the actress said, "Pillow is the first wife to Chaitanya, Even if I have to kiss, the pillow is always between us. And now it’s enough, I guess I have said a lot of things."

For the unversed, Naga Chaitanya and Samantha announced their separation in October 2021, days before their fourth wedding anniversary. In a joint statement, they said that while they cherish their decade-long friendship, they have decided to end their marriage.

On the professional front, Samantha is reportedly set to star opposite Varun Dhawan in the Hindi adaptation of Citadel. She is currently enjoying the success of her latest film Yashoda. Watch: Kartik Aaryan reveals he visited dental clinic to prepare for his role in Freddy