'We need to stop dividing and start referring to films as Indian cinema...,' says 'Suzhal — The Vortex' actress Sriya Reddy

Kathir, Aishwarya Rajesh and Sriya Reddy spill the beans on the investigative drama

A still from Suzhal — The Vortex | Photo: Instagram/Sriya Reddy

The much-awaited Tamil crime thriller, Suzhal — The Vortex, is all set to stream on an OTT platform. Starring Kathir, Aishwarya Rajesh and Sriya Reddy, the investigative drama revolves around a missing girl. The cast of the series gets candid about their characters and more while talking to The Free Press Journal.

Talking about the series taking the crime genre a notch higher on OTT, actress Sriya Reddy shares, “It is an intriguing story, edge-of-the-seat thriller. It has many layers and grey shades, and just when you feel it is over, something else comes up. People will be surprised to see how it will be executed. You won’t know what will happen till the end.”

Adding to Sriya’s take on the series, Kathir says, “I feel more than thriller, you will connect to the emotional journey of the characters and the family drama.”

When further asked about Indian producers making pan-India films, Sriya avers, “I think we need to stop dividing and start referring to films as Indian cinema and not just North India or South India. I think Suzhal — The Vortex is one of its kind of a series, which is releasing in 30 languages across the world. We need to push the boundaries.”

Echoing similar sentiments, Kathir adds, “It’s not about the language anymore. Films and series are coming out of every region. It’s time for India to do something like this and Suzhal — The Vortex would be the first one.”

Spilling the beans on the process of the filming of a web series, Kathir gushes, “I agree that we as actors get a lot of time to perform more and live with the character for a longer time.”

Read Also
'People made fun of me when I launched my food channel on YouTube,' says 'Nikamma' actress Shilpa... 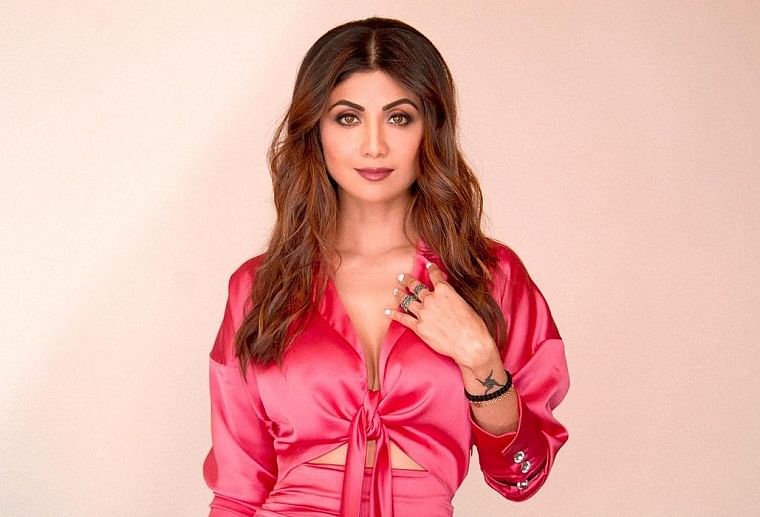 “Each character in Suzhal — The Vortex is detailed and complex, which makes the series intriguing. That is the crux of it and the actors made it more believable,” Sriya reveals.

OTT has changed the narrative of storytelling due to the 10-hour episodic format. Reacting to this, Kathir shares, “For a story like Suzhal — The Vortex, it wouldn’t have been told in two-three hours. OTT has become the medium to experience life through the series. When it comes to the freedom of the creator, actors don’t matter. It is more of a creator’s responsibility to make the script responsible.”

On a parting note, Sriya concludes, “OTT is a space where we can explore more. More stories can be told, more complicated is better since a few stories can’t be told through a film. There’s a choice of not seeing also and it has scope for every kind of audience.”