THIS is what Yash, Sanjay Dutt, Raveena Tandon and Prashanth Neel have to say about KGF: Chapter 2!

The much-awaited trailer of Yash-starrer KGF: Chapter 2 was officially released by the makers on March 27. The event was the biggest trailer launch event held in Bengaluru. It was a visual spectacle where the entire cast and crew came together, along with the bigwigs of the industry. It was hosted by Bollywood filmmaker Karan Johar. 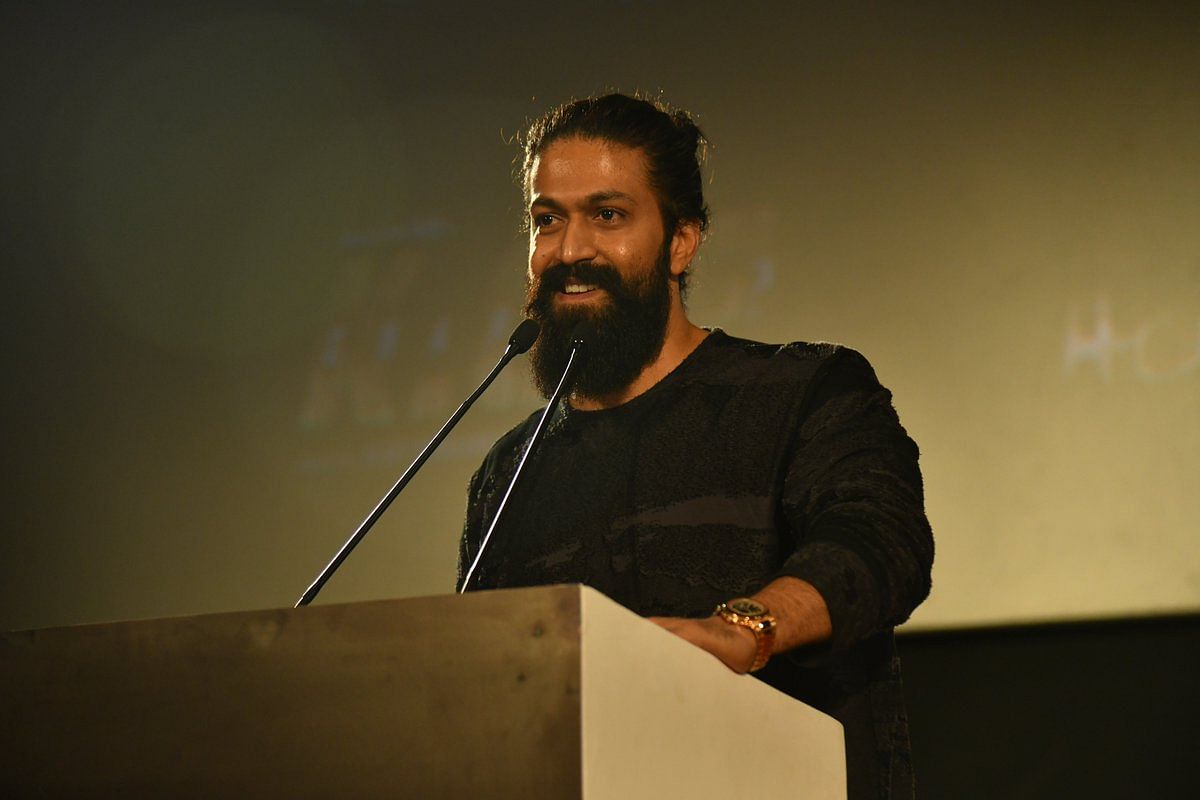 The rocking Yash explains, “For the first time, I am feeling nervous at any event. I miss Puneeth Rajkumar sir. I am very attached to my industry, and seeing all the stalwarts of other industries sitting here who have come to shower so much love towards me and my industry is overwhelming. I am happy that we have done something good with chapter 1. KGF was a dream, and because of Hombale Films, it has come true since no one believed in us initially. Every actor has a dream to position himself on a different stage, but only Vijay sir understood the vision behind it, and he did more than anybody can expect. KGF happened because of Prashanth Neel. He can make any newcomer act like a thorough professional; that’s his capacity.” 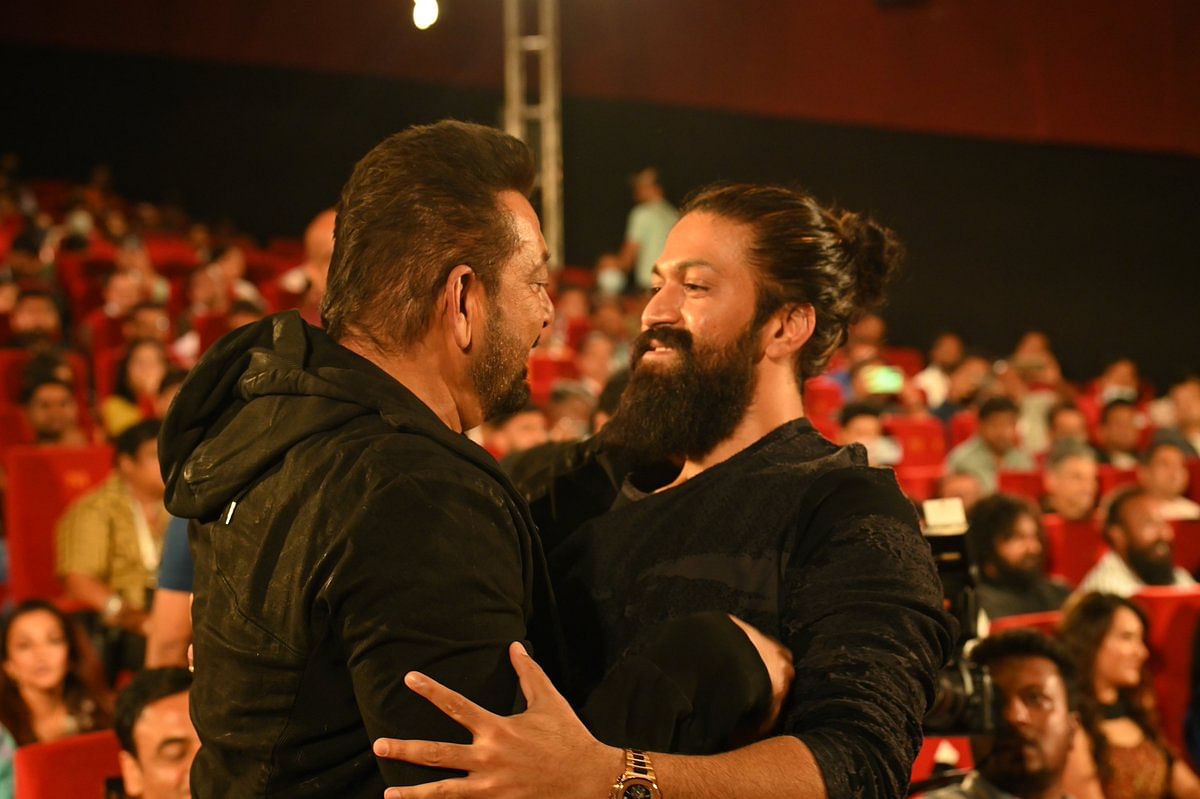 Elaborating further, he adds, “He loves his heroes, and you could see that translate in KGF. I proudly say that people won’t find hardworking technicians in any other industry like mine. It is the zeal that we could also do something big. Sanjay Dutt is a fighter, with whatever he went through in the past was worrisome, but he made sure to do the film with full conviction and dedication.” Sharing his experience of working on the film, Sanjay reveals, “KGF: Chapter 2 has been a lesson for me after 45 years. I have been taught since childhood, from a spot boy to a junior artist, everyone on the sets are like a family, and this is what I felt working on KGF: Chapter 2. I would like to thank Yash for being such a humble and superb co-actor. I thank my director Prashanth (Neel), for giving me Adheera. In fact, my wife Manyata pushed me to do this film. It is amazing to see how this film brought everyone together.” Raveena Tandon, who plays an important role in the film, also graced the launch event in a shimmery black saree. “I thank all of you, whoever has come from different parts of the country. We need the blessings and support of our fans. Prashanth is the sweetest, toughest and scariest director I have ever worked with. He is a thorough gentleman when he wants it to be and a thorough terror when he wants it to be! It was such a great time working with him. I have never seen anyone as dedicated and sincere on the sets. Besides being a rocking star, Yash is a rocking human being. He made me feel so comfortable on the sets. My kids love him a lot too,” she gushes.

Talking about working in the Kannada industry for the second time, the actress avers, “This is my second film in the Kannada industry. I wish I could have got more offers, and I hope I’ll get more films here after KGF: Chapter 2. In the Hindi industry, I am popularly known as the ‘Mast mast girl’ since my song got so popular. In the Kannada film industry also, my song became a rage. I love working here. I am thankful to the entire team of KGF: Chapter 2 to give me this opportunity. Sanju and I are veterans in the film, and this is our 9th film together.”

An emotional Prashanth shares, “It’s been eight years that we started this journey. We have done everything possible to tell a story. I hope people will love it, and I am eagerly waiting for the people’s response on April 14.” 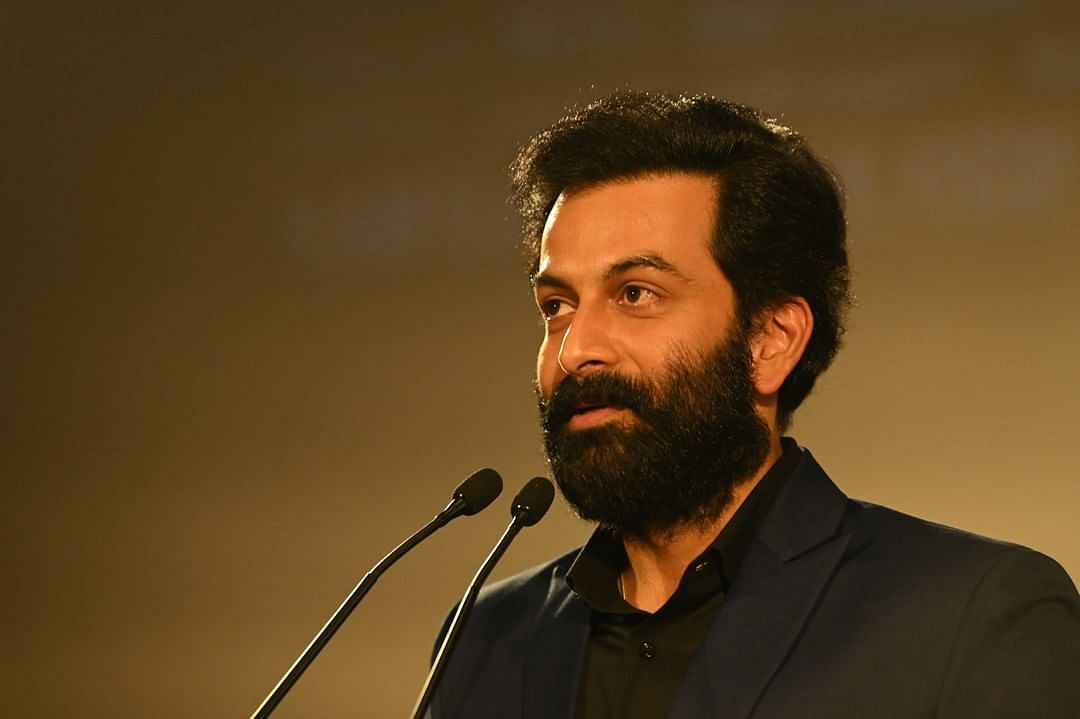 An elated Prithviraj, who is presenting KGF: Chapter 2 in the state of Kerala, says, “I am very fortunate to present the film in Kerala. It is a giant mainstream film for pan India, but as the Malayalam industry is the smallest, KGF and Baahubali are much more than pieces of cinema. Baahubali taught us to dream, KGF taught us to believe in those dreams. What Prashanth and Hombale Films have achieved, we would be seeing its magnitude only after 10-15 years from now. I truly believe that the KGF series is just the beginning of a great journey. If we merge all the industries into one in India, I assure you, S S Rajamouli and Prashanth Neel will be two golden chapters.”

Prithviraj goes on to joke with Yash. “You might not like violence, but you make it look bloody cool. I am really looking forward to watching it on-screen on April 14. Yes, I did see a showreel of KGF: Chapter 2, which also had some portions of the film. It is much bigger than the trailer. When you are offered to present a passion product from an extremely talented group of people with so much conviction, there’s no question of thinking about it. Prithviraj Productions is very proud to be associated with KGF: Chapter 2. I remember meeting Yash a few years ago at a party and telling him that we have to make KGF: Chapter 2 bigger, and here we are today,” he adds.

Farhan Akhtar and Ritesh Sidhwani are presenting the Hindi version of KGF: Chapter 2. However, Farhan couldn’t make it to the launch, but Ritesh attended the event. “It took me some time to process when I saw the trailer. I am glad that Hombale Films, Prashanth and Yash, chose us to present the film because we could have never imagined making a film like this. The people involved in the project are an exceptional talent on and off camera. I am hoping for footfalls in the theatres which we haven’t seen before,” Ritesh concludes.

HomeEntertainmentTHIS is what Yash, Sanjay Dutt, Raveena Tandon and Prashanth Neel have to say about KGF: Chapter 2!