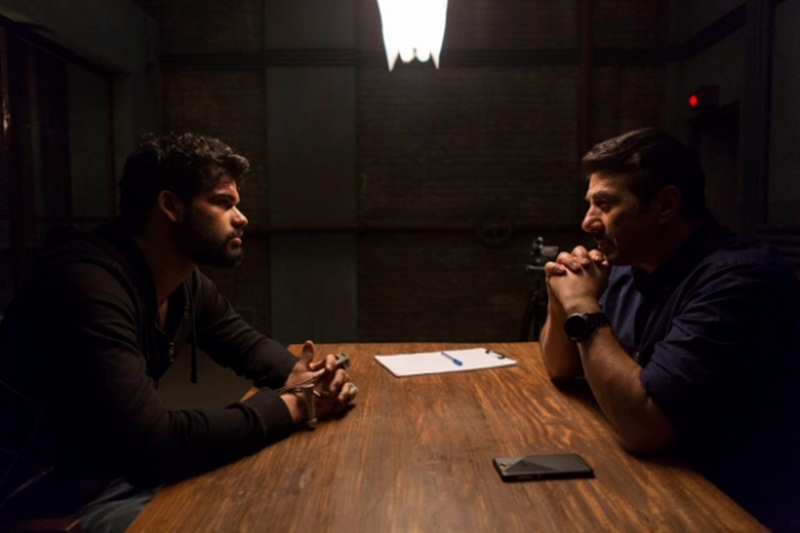 It is the year of many star kids or family members of the stars who will make their way to the film industry. Joining the league would be Dimple Kapadia’s nephew Karan Kapadia in an action thriller Blank alongside Sunny Deol. The film will be high on action and is set to release on 3rd May 2019. It was earlier set for January 11, 2019 release.

The first look of Sunny Deol and Karan Kapadia’s upcoming film was unveiled this morning. In the still, the two of them are sitting facing each other which looks like an intense scene of confrontation. Interestingly, not only Dimple Kapadia’s nephew Karan Kapadia is making his debut, Sunny Deol will also be launching his son Karan Deol in Pal Pal Dil Ke Paas.