HomeEntertainmentSonakshi Sinha slams trolls for body-shaming, Twitter wonders why she's doing it with a sponsor

Sonakshi Sinha slams trolls for body-shaming, Twitter wonders why she's doing it with a sponsor

Sonakshi Sinha on Wednesday shared a new campaign #BiggerThanThem on her twitter. The campaign is a part of Sonakshi's Myntra Fashion Superstar

Sonakshi Sinha slams trolls for body-shaming, Twitter wonders why she's doing it with a sponsor |
Follow us on

Sonakshi Sinha on Wednesday shared a new campaign #BiggerThanThem on her twitter. The campaign is a part of Sonakshi's Myntra Fashion Superstar.

The 'Dabangg' fame is talking about trolling in the video. Sonakshi goes on to talk about body shaming. She reads outs the comments of trolls and the video ends with her saying,''I am bigger than them.''

''Next time talk about your issues without a sponsor,'' wrote a user. Another user commented,''but all put aside, you can’t act x''

Let’s talk about the elephant in the room!

For years I’ve been trolled because of my weight. I’ve never felt the need to react because I always believed i was #BiggerThanThem... pun intended. But on the next episode of @MyntraFS I asked the contestants to take to social media, pic.twitter.com/wvu1P9OY2o

Your weight is not the problem, your arrogance is...
Ask myntra to sponsor one more such campaign to justify your arrogance. https://t.co/KUKOH3IWxy

Probably the first 'promoted tweet' that I have ever retweeted. @sonakshisinha rocks! https://t.co/s3iezUgska

Wow 👏 you just waiting for a sponsor to approach all these days so you can tell these now ? https://t.co/nBBnXOkNie

Don't mind @sonakshisinha but this commercial video featuring you in @MyntraFS looks ARROGANT, MADE ONLY FOR YOU and ZERO🙄and I'm not any troller, I've loads of work to do, more educated than u, saving people's lives by my profession as a Doctor🙏#BiggerThanYou #biggerthanthem https://t.co/KsSyvBaXTy

The actor was also trolled on social media for not knowing the story of Ramayana.

Sonakshi was unable to answer a question on 'Ramayana' during a popular television quiz show.

On the work front, Sonakshi will be seen in the keenly enticipated, Dabangg 3 in her iconic character Rajjo. 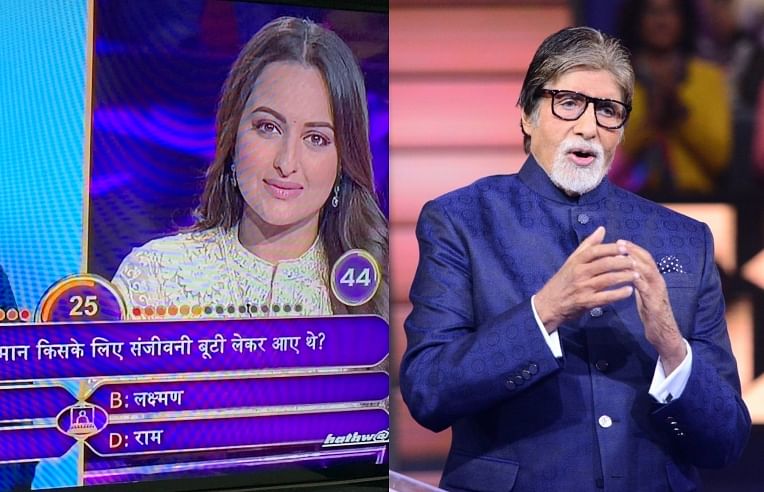