“Singing for a Bollywood number is a big deal”, says Jonita Gandhi 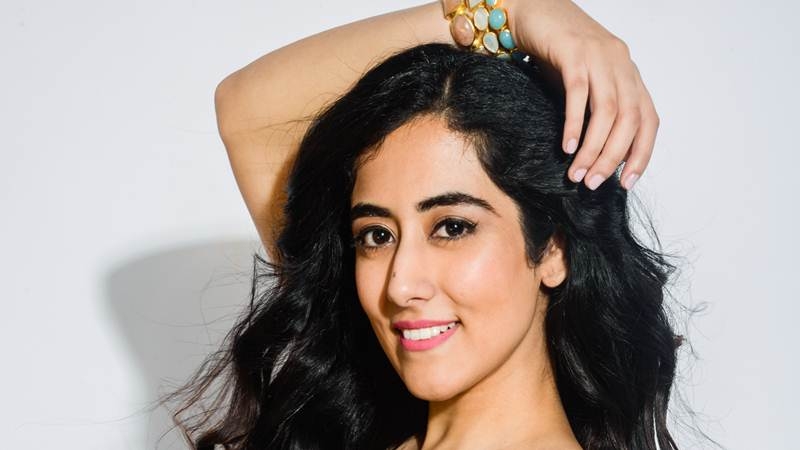 Also Read: Young musicians in Bollywood to look out for in 2017

With almost more than a million views for all her songs, Jonita Gandhi is a YouTube sensation, slowly and steady making her way in the Hindi film industry.  From Sau Tarah Ke in Dishoom to the latest Break Up Song from Ae Dil Hai Mushkil, Jonita is the voice behind these hit numbers. For those living under a rock, Jonita Gandhi is a Canadian singer of Indian origin. She has over 60,000 YouTube subscribers and is largely known for singing in Hindi, English, Tamil and Telugu.

You aren’t associated with Bollywood in anyway. How tough was it to crack a Bollywood song for you?

Although I did not have any connection with Bollywood, when I came to India, one benefit that I had was that I was fairly well known on YouTube. So the people who I met knew me because of my YouTube videos.  I am sure these composers have people approaching them every single day trying to get a break. When they’ve seen my work and liked it I feel my first step is already complete.

It’s hard to get the first break if you don’t have a connection. My first break was with Vishal-Shekhar. I shared my videos with someone who works with them, Abhishek Ghatak and I did not expect him to show it to Vishal and Shekhar in anyway.

I would have loved it but I told him that there was no pressure on him to pass on my work to them. He liked it and by chance he played one of my videos in front of Vishal. So when I came to India and I went to meet Vishal in his studio, he already knew me. I think being at the right time and the right place is important. When I met Vishal they were working on a song from Chennai Express. The song was actually complete but they wanted to add a female voice to it. That’s how I got my first Bollywood song. I attribute my success to YouTube and social media.

Brought up in Canada, is India’s music scene far different than that from the west?

The concept of playback singing doesn’t exist in the west. In the west, the singer is known for the song, while in India, the actor is known to be the face of a song. The whole industry revolves around Bollywood. The music industry is completely separate and independent abroad.

You have a massive following on YouTube and the internet space. Is Bollywood still a big deal for you or is it just another thing as a singer?

It’s a huge deal for me of course. The reach, the power of Bollywood is massive. Every time I have a playback song release it means a lot to me. Growing up I did idolize a lot of people from Bollywood. One of my all-time favourite would be Chane ke khet mein. I idolized Sonu Nigam, Shreya Ghosal and Sunidhi Chauhan. And I idolized them from far and I never thought I would be a part of it. It’s a larger than life idea to think that you would be a part of the Hindi film industry.

How was your experience of working with A R Rahman?

Even Rahman sir saw my video on YouTube. Initially, when I was new to twitter I wasn’t following Rahman sir. I had made a video called Silent Night and he tweeted that video and wrote, “Check out our very own Hayley Westerna, Jonita Gandhi.” I was glad because A R Rahman knows I exist. Later after doing some work in India, I got a call from Clinton Cerejo and he told me that Rahman sir wanted my number and immediately on the next day I was on a flight to Chennai after a call from his office. It’s a lot of fun working with him. I feel I become a better musician whenever I work with him.

Can you describe the high that you feel when you perform in front of a live audience?

It’s hard to describe. It always starts with nerves, 9 out of 10 times I am always nervous before I perform. But when you get to see the people’s faces and see them react, it’s really magical. In my opinion, college shows are the best. You know the students are there to have a good time but the students come prepared for your show. They’ll listen to your songs even if they haven’t heard of you before. They sing along with you and make you feel loved like never before. I really enjoy them.