HomeEntertainmentPHOTOS: ‘The Lord of The Rings: The Rings of Power’ cast and showrunner meet Mumbai's Dabbawallas

PHOTOS: ‘The Lord of The Rings: The Rings of Power’ cast and showrunner meet Mumbai's Dabbawallas

The cast and crew of the epic drama experienced the grandeur of the Gateway of India, interacted with Mumbai’s dabbawalas

Ahead of the launch of the much-awaited epic drama series, Prime Video hosted a spectacular Asia Pacific premiere in Mumbai for ‘The Lord of The Rings: The Rings of Power’. After hosting a grand premiere, the cast and showrunner of the series were seen capturing pictures in front of the Gateway of India in Mumbai. 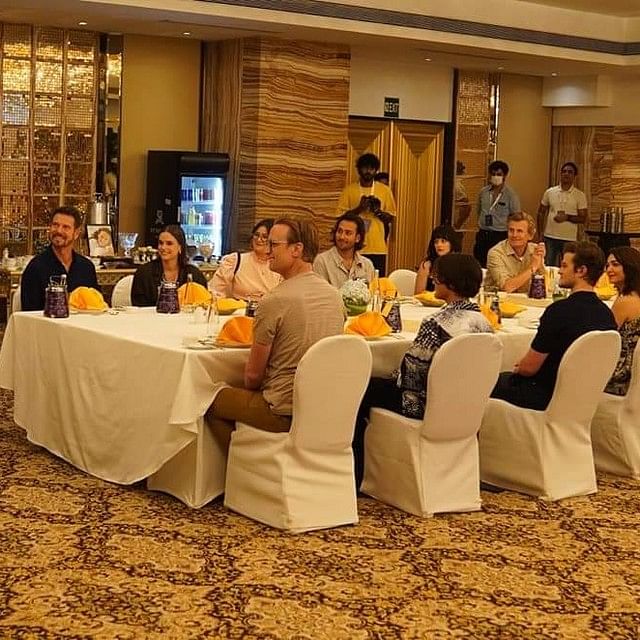 Other than this, the cast and the showrunner were further seen spending a great time with Mumbai’s Dabbawallas. While they not only clicked pictures with the dabbawalas, The team didn’t leave any chance to get into the real feel of their lifestyle as they wore Gandhi caps with their names written on them. Moreover, the dabbawalas were also seen maintaining their usual attire of white kurta pyjama and a traditional Gandhi cap. Later on, the team also enjoyed delicious meals with the dabbawalas. It certainly came as a truly authentic experience for the team of The Lord of the Rings: The Rings of Power. 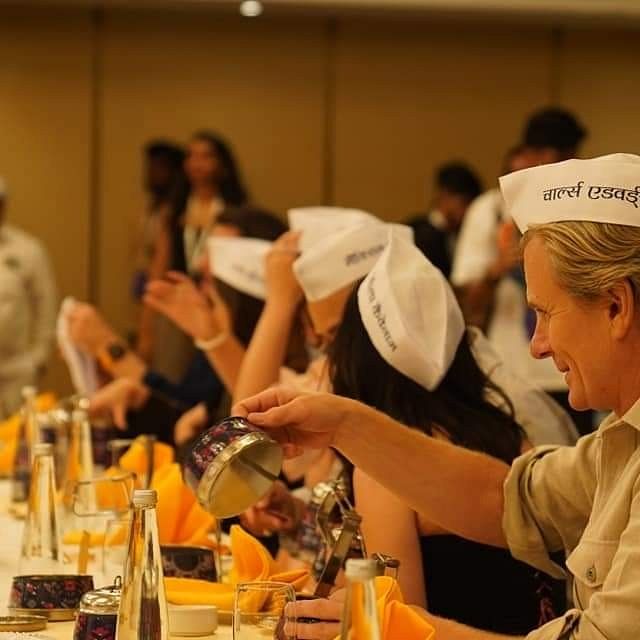 The premiere reflected the rich, cinematic world of the series, with the cast and crew making a grand entrance on the carpet in true Mumbai-style in a set of vibrant and colourful autorickshaws, accompanied by thunderous percussion and traditional dancers. 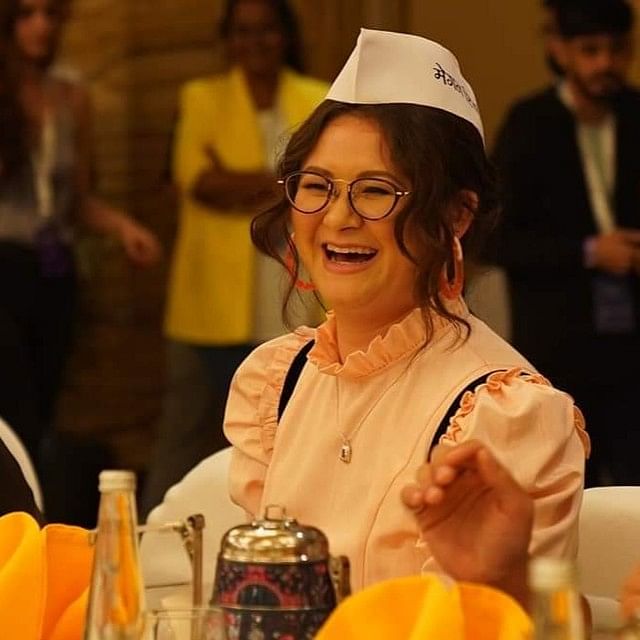 The premiere was followed by an after-party that featured an electrifying performance by Ankur & The Ghalat Family.

The cast and crew had the opportunity to meet real-life fans of the franchise, Hrithik Roshan and Tamannaah Bhatia, and engage in a fun interaction with them. While Hrithik revealed that he had been a fan of the franchise since he read the books, calling The Lord of The Rings the “inspiration” behind Krrish, Tamannaah described the franchise as “engrossing and captivating”.

Throughout the 2-day tour, the cast and crew immersed themselves in the colours of Mumbai with a visit to the majestic Gateway of India and a meet and greet with the superheroes of Mumbai, the city’s dabbawallas, while enjoying a traditional meal from dabbas.

The Asia Pacific premiere of The Lord of the Rings: The Rings of Power in Mumbai was a part of the global tour which includes premieres in Los Angeles, Mexico City, and London. The Amazon Original series will premiere 2 episodes on September 2, 2022, on Prime Video, with fresh episodes dropping every week in Hindi, Tamil, Telugu, Malayalam, Kannada, and English, along with multiple other international languages.

Prime Video will release two episodes of ‘The Lord of the Rings: The Rings of Power’ on September 2, followed by a weekly release in English, Hindi, Tamil, Telugu, Malayalam, and Kannada that concludes on October 14.

Read Also
'The Lord of the Rings: The Rings of Power' cast and crew receive a grand welcome from Hrithik...