HomeEntertainmentParineeti Chopra on Code Name Tiranga, 'I never got an opportunity to do action before.'

Parineeti Chopra on Code Name Tiranga, 'I never got an opportunity to do action before.'

Team Code Name: Tiranga opens up about the film, shooting in adverse conditions and more

The cast and crew of the upcoming espionage thriller Code Name: Tiranga met select media on September 27 for an exclusive trailer preview. The film, whose trailer has launched today, stars Parineeti Chopra, Harrdy Sandhu and Sharad Kelkar. Directed by Ribhu Dasgupta, it will hit screens on October 14. 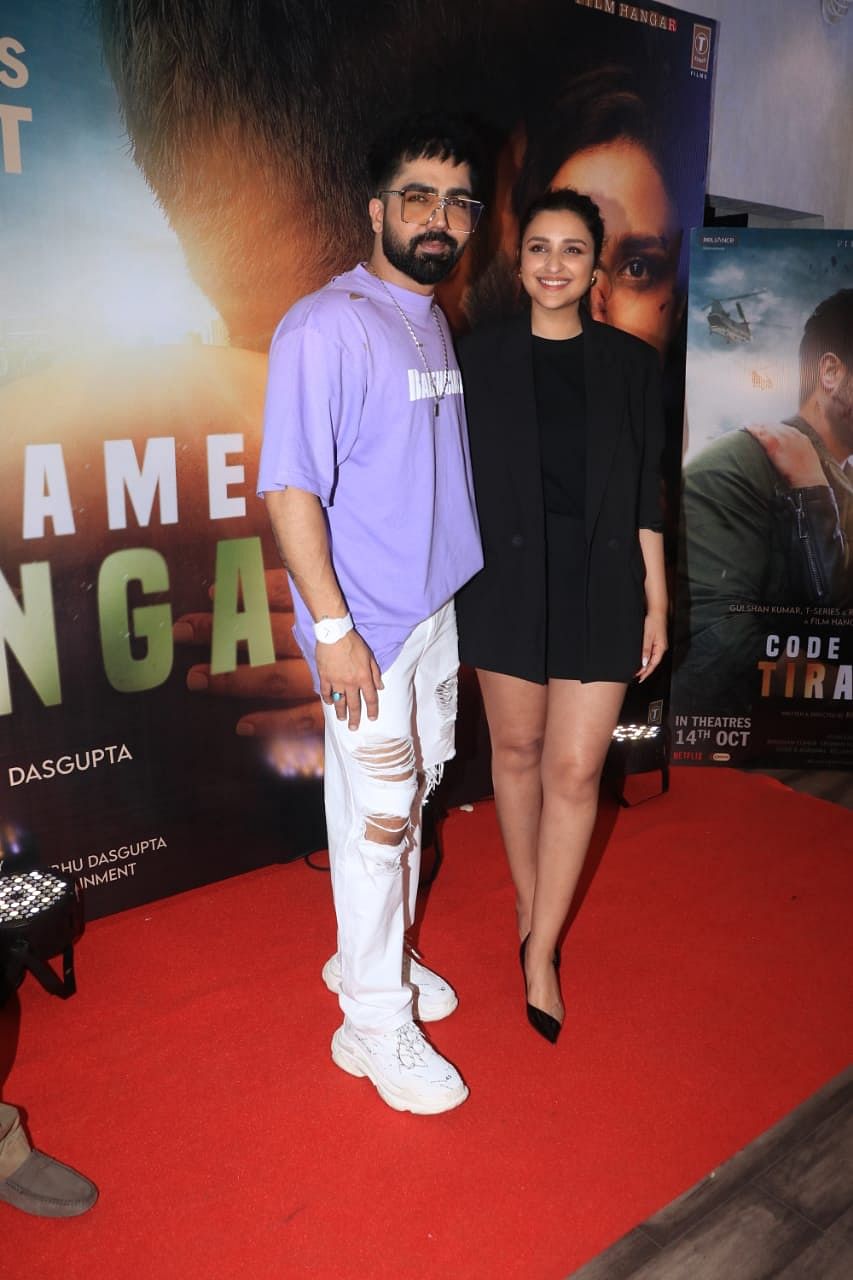 Parineeti, who is entering into a whole new genre of high octane action with the film shares, “I thought I would be shooting the film for over a few months but unfortunately Covid-19 happened and so did the lockdown. We had to leave for Turkey immediately, however, till then I trained for about two months but I wanted to train for a couple of months. Ribhu called me and informed me that we have to leave in the next 10 days. The whole action crew flew with me and I felt very fortunate that we could just reach there and start rolling.”

She adds, “I trained for the next three to four weeks even on my days off. Whenever I used to get a suitable place, I used to start learning action. I never wanted it to look as if an actor is doing action, I wanted it to look real in all aspects, like how our agents fight to save the country. I have tried my best to get the authenticity of the action. For the first time in my career, I took stress on my action sequences instead of my scenes. It was so much fun.”

When asked about her inspiration to do action in Code Name: Tiranga, she reveals, “I am not a very filmy person, I don’t watch too many films hence I don’t understand film references. My inspiration came with the fact that I never got an opportunity to do this kind of a role ever before. My last few films inspired me that came last year and changed things a lot for me. I was looking for something that I haven’t done before.” Music sensation Harrdy, who marked his acting debut in Hindi film industry with 83 will be seen as Mirza in Code Name: Tiranga. He will be seen romancing Parineeti in the film. “I had a great time working with all of them. My character was narrated on a Zoom call. It is all new for me and I am still learning. Primarily. I am a musician and acting happened by chance. I want to learn on the job. I had a great time working with Parineeti, she is lovely and a true gem.” Sharad, who plays an important role in the film says, “The script was narrated to me around a year ago from the time we actually rolled and I agreed to do it. I feel, as an actor, one should play different characters. I haven’t done something like this. We have shot the film in adverse circumstances and I will always remember those days. Parineeti was like Mother Mary to us, she was handling everything, from production to schedules.” Ribhu has earlier collaborated with Parineeti in Girl On The Train. Code Name: Tiranga is their second project together. On a parting note, he concludes, “We had a working title but in the last couple of months we thought Code Name: Tiranga would be the right title of the film. However, while brainstorming, my first AD suggested Tiranga but unfortunately the title was registered with someone else so we couldn’t go ahead and had to put a prefix to it. But, I don’t want people to compare my film to the ones which have similar titles since this is a completely different film.”