‘I’ve always wanted to do what dad does’: Rinzing on his father, veteran actor Danny Denzongpa 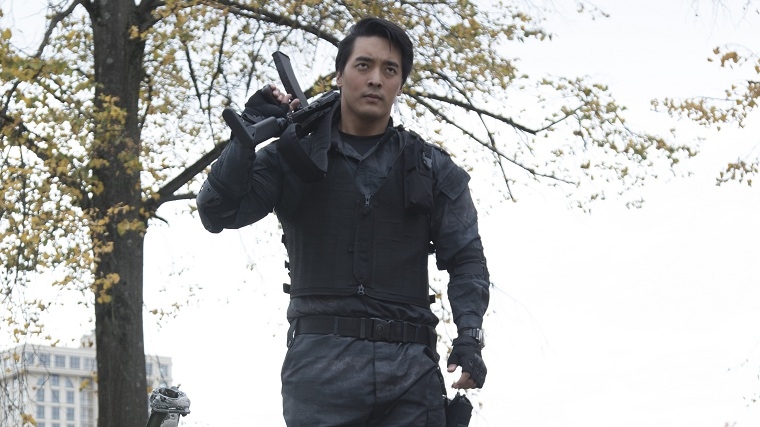 They are poles apart, Rinzing doesn’t speak much, letting his fists do all the talking for him, while Nilesh Sahay loves a chat and is equally passionate about action. When they come together you can expect lots of fireworks on screen and a few revelations off it. Excerpts:

Rinzing, have you always wanted to follow in the footsteps of your dad, Danny Denzongpa?

Rinzing: Yes, I’ve always wanted to do what dad does. The family business is beer, so I did go to the office after finishing university to learn and help. But I’ve been around my dad’s movies’ sets since I was young. So, facing the camera wasn’t as nerve-racking as I thought it would be.

Nilesh: He’s a sweet, emotional boy with a towering presence. He looks a lot like his father, has the same intense eyes and personality, picks up stunts fast and is the perfect fit for an action hero.

If you had to choose one action sequence that was the most challenging to shoot, which would you pick?

Nilesh: (Grins wryly) Oh, I’ve faced around 3000 challenges, we’ve seen it all, from a pandemic to a mass political unrest in Belarus when we returned after six months of lockdown to complete the action sequences. We were among the first film units to fly out on a chartered flight and had to figure out how to go about things while ensuring that the team was safe.

Rinzing: It was quite a task to reach Minsk (the capital city of Belarus). Once we got there, we were in a bubble and shot there for a month while still in the midst of an ongoing pandemic.

Nilesh: Covid protocols meant calling the stunt guys half a shift early so they could get tested before we started filming. To make matters worse, on the first day of our second schedule in the Eastern European country, I lost my dad, but I couldn’t come back because commercial flights were not operating then and even if I made it, I’d have been quarantined.

Nilesh: It was madness, now if you still want me to pick one challenging action scene, it would be the helicopter chase in Belarus, primarily because of all the coordination needed between the shoppers and ground crew. You don’t usually see a sequence this big in a film like Squad ; one had to keep the budget in mind without cutting corners and while matching international standards.

Nilesh, how do you view the competition from other action-packed entertainers like Akshay Kumar’s just-released Sooryavanshi or John Abraham’s upcoming Satyamev Jayate 2?

There’s no competition, though our film is as big in scale, the other two are with established stars while we have newcomers. Satyamev Jayate 2 is my brother John’s film and I know it’s going to be a huge success like Sooryavanshi. I pray I can come to you with a theatrical release next year.

Rinzing, how do you view the competition from other young action heroes, like Tiger Shroff and soon-to-debut Ahaan, Suniel Shetty’s son?

One of my first memories of Ahaan is of all three of us in school. Tiger and I were in the same grade and I remember Ahaan in his football jersey. (Laughs) He couldn’t have been more than five or six at the time. It’s all love for both of them. I can never see them as competition, it’s always nice to see friends doing well.

Nilesh, your mother Zaheeda is still remembered for films like Dev Anand’s Prem Pujari and Gambler, while your brother Brajesh is your co-producer on Squad. How much did it help to have your family who knows the industry with you on this journey?

I couldn’t have done this without my family. The years of struggle and making a film like this was possible only because my brother left everything he was doing to come on board and sort things out on the first schedule and all the way through. My mother was worrying for me and making sure everything was great. I couldn’t have made this film without them.

What’s next on the cards?

Nilesh: I’m directing another fast-paced action thriller next, set against the global financial crisis, with Harshvardhan Rane in the lead. Then, one more film with Rinzing, which we will announce shortly.