'It has been an eventful fun-filled journey,' says Amar Upadhyay

The actor opens about teaming up with Ekta Kapoor again for a new serial Mokki, his journey in showbiz and more...
Anita Raheja-Heena Agarwal 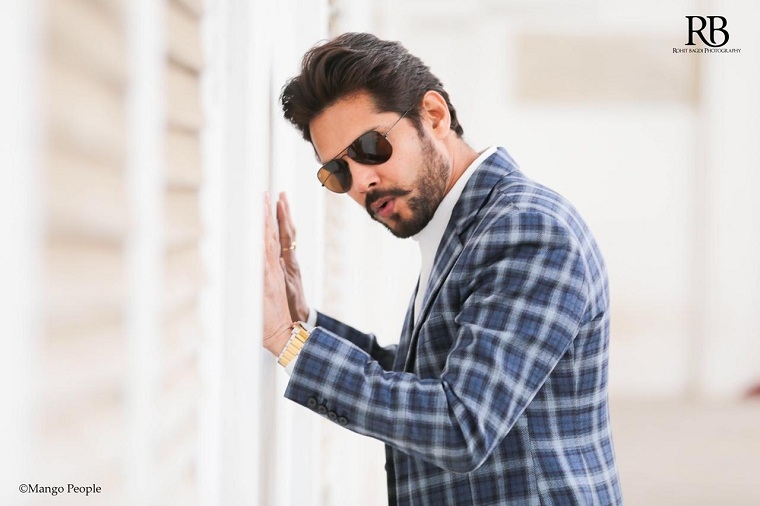 We met Amar Upadhyay at a party a couple of years back and he looked as young, if not younger, than in Ekta Kapoor’s Kyunki Saas Bhi Kabhi Bahu Thi, a serial that ran for countless years. After a long break, Amar and Ekta are collaborating on Mokki, a new TV show. It is an interesting story of a 41-year old man in love with a 21 year old girl. Excerpts from the interview:

You are playing a Haryanvi character in Mokki. Have you familiarised yourself with the accent?

It’s a wish come true for me. I am learning Haryanvi. Basically, I have to learn the Haryanvi accent, not the Haryanvi dialect. Seventy-five percent of the dialogue is in Hindi, but with an Haryanvi accent. I am trying to strike the right balance; I am getting there day by day.

You play an older man who marries a young girl. Do you think the audience can digest that?

I played a character on similar lines in Saath Nibhana Saathiya. I played a 40-year old and the girl was 21, Saath Nibhana Sathiya fans are still following us. Tanya Sharma and I still have a fan following on Instagram. Our fans have nicknamed us Dheera. They have combined our onscreen names, Dharam and Meera, to create Dheera. As an actor, I will give my all to make it work. Also, undoubtedly, Ekta Kapoor knows her job better than anyone else in the industry.

How has your family reacted to your comeback on national TV?

It’s not a comeback on television, I had never gone anywhere, I was very much here albeit I had become picky about the shows being offered to me.

Do you miss the accolades and the fame you got with Kyunki...?

I don't miss it because the fans of the show are still there with me. People still remember me as Mihir Virani, my character in Kyunki…They call me Mihir and I think it's a very big compliment for me. By and large, the television audience has a very short memory unlike the audience for films. If an actor has done even one film, twenty years later too the audience remembers him. Besides me, Arun Govil (who played Lord Ram) is still fresh in people’s memory because they showed Ramayan during the lockdown.

What were your feelings after you quit Kyunki…?

After doing Kyunki... for two years, film offers started pouring in. I accepted the films, but consequently major date problems ensued. I loved the show; it gave me everything. But, at that time Kyunki was taking a 20-year leap. And since I was playing a hero in films, playing an elderly character in the show did not gel with me. I quit the very popular show. It left me with a sad feeling in its wake, but one has to make a choice when one is at the crossroads. In hindsight, I think my decision was not bad as this was meant to be. Now, I am doing both TV and films and I am happy.

Are you a superstar in Gujarati films?

Honestly, I am not a superstar in Gujarati films. I have done just one film, a comedy, Aav Taro Kari Nakhu with Tikku Talsania. I haven't done another Gujarati film after that because I have been busy with Hindi films. However, I would love to do more Gujarati films with good producers provided they come up with good stories.

Are you still open to film offers?

Yes. I am doing three films right now. Firts is Kagaz, which is produced by Satish Kaushik and Salman Khan Productions, and directed by Satish Kaushik. Pankaj Tripathi is playing the lead and I am playing the antagonist. It's a beautiful subject; a real life story of a person who hails from UP. We are were waiting for the theatres to open to release it. I am also doing a cameo in the Abhishek Bachchan and Chitrangada-starrer, Bob Bishwas. It is produced by Sujoy Ghosh and Red Chillies. The third film I have signed is the Aneez Bazmi directorial, Bhool Bhulaiyaa 2. It's on the floors and we have already shot 50 percent of the film. It is produced by CineOne, they had made Kabir Singh earlier. The cast includes Karthik Aryan, Kiara Advani, Tabu and me. My plate is full as I am also busy with my construction business. When Mr Bachchan did Kaun Banega Crorepati for TV, it proved to be a game changer. It took four years for others to follow suit. But, by 2006-2007 people started doing both, films and TV.

How would you review your professional career?

My acting journey started much before Kyunki.... I started by doing ads when I was 16, I did Anand Mahendroo’s Dekh Bhai Dekh at the age of 17. My character, Sahil Chachu, gave me first taste of success. I did a lot of shows thereafter — Suhana Safar, Chamatkar, Arzoo, to name a few. I did Kalash with Ekta and a couple of episodes in Kanyadaan. I worked in four films — Dhund the Fog, LOC, Baba Ramji and Dahshat. I participated in Bigg Boss. I love travelling abroad with my family; I like to read and party. It has been an eventful fun-filled journey.