'I was shocked': Manjari Fadnnis reacts to rumours of her getting married to Rajeev Khandelwal

During the promotions of 'Miya, Biwi Aur Murder', Manjari opened up about the rumour

Actress Manjari Fadnnis recently reacted to rumours of her getting married to actor Rajeev Khandelwal.

During the promotions of 'Miya, Biwi Aur Murder', Manjari revealed a weird rumour that had left her in shock. She revealed, “Someone randomly congratulated me on my wedding with Rajeev Khandelwal. And I was shocked to hear that. My instant reaction was like who, me, who got married and to who? I realised this much later that our names (mine and his wife is called Manjiri) are almost similar that the industry people got confused.”

Talking about the bond between the two ladies with almost the same name, Rajeev said, “Manjari and Manjiri are both good friends now. I was apprehensive of what would media write as I was now working with Manjari Fadnnis and how would it be perceived as their names are so similar. But there was no stress. Manjiri is cool with me doing intimate scenes. Also, it was great fun to work with Manjari. It never felt like I met her for the first time.”

The intriguing trailer of the show gives a sneak peek into the troubled married life of Priya and Jayesh and the strange events that unfold on one single night. As people are poisoned, shots get fired, and dead bodies keep piling on, the Miya and Biwi will have to stick together to take on devious thieves, dreaded gangsters, blackmailing police officers and a delusional maid to survive. 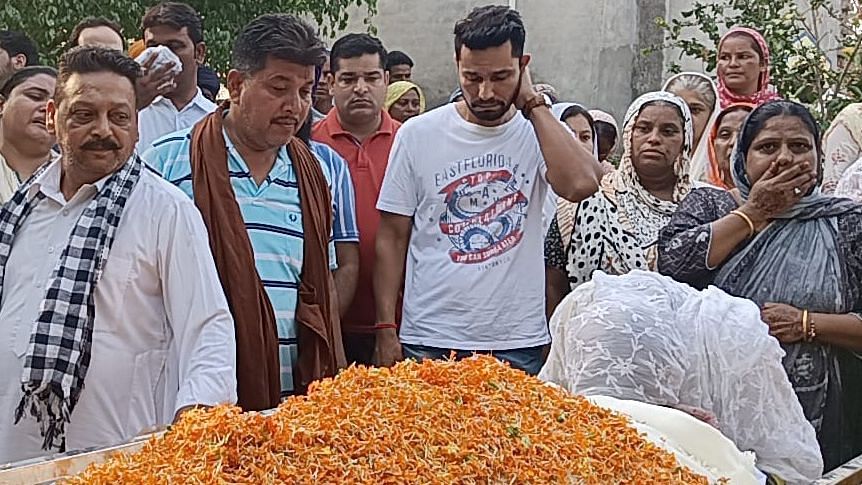 HomeEntertainment'I was shocked': Manjari Fadnnis reacts to rumours of her getting married to Rajeev Khandelwal