I am happy that people have accepted the choices I have made: Kartik Aaryan

The much-awaited horror-comedy Bhool Bhulaiyaa 2 has hit the silver screens today and actor Kartik Aaryan, who plays the lead as Rooh Baba, can’t keep calm. In a candid chat with The Free Press Journal, he talks about his stardom, his choc-o-block schedule, and more. Excerpts:

Bhool Bhulaiyaa 2 comes with a lot of risks, your thoughts?

This is my first ever horror-comedy. For me, it was a new storyline, which I loved it. When I enjoyed the subject, I signed the film. However, I knew that it has a recall value from the first part. If we look at the brighter side, it also enhanced a lot of things in part two. It wasn’t pressuring for me at all but an opportunity.

Do you consider sequels as a saving grace?

It’s not about sequels, if the content is good, the film will work, else no. Bhool Bhulaiyaa 2 has a lot to do with the story that goes well with the world that was created in 2007. It’s a great amalgamation rather than a revenue model. It’s amazing how the makers thought of a synergy between the two films.

Do you feel any added pressure of your stardom now?

I don’t think that way. Rather, I feel good that a lot of people have faith in me and my craft and are giving me opportunities in big films with bigger roles. It’s not baggage at all. If I overthink, I won’t be able to achieve success. My motive was to reach a certain position where I could make my own choices.

Does choosing a particular role or a film bother you since it has to be upwards and onwards?

I am happy that people have accepted the choices I have made to date. It’s the energy that people are catching up on. Even with Bhool Bhulaiyaa 2, from trailers to songs, people have received it well. Even my forthcoming projects, Freddy and Shehzada, are talking points. Honestly, I am enjoying my stardom right now and there’s a long way to go for me. 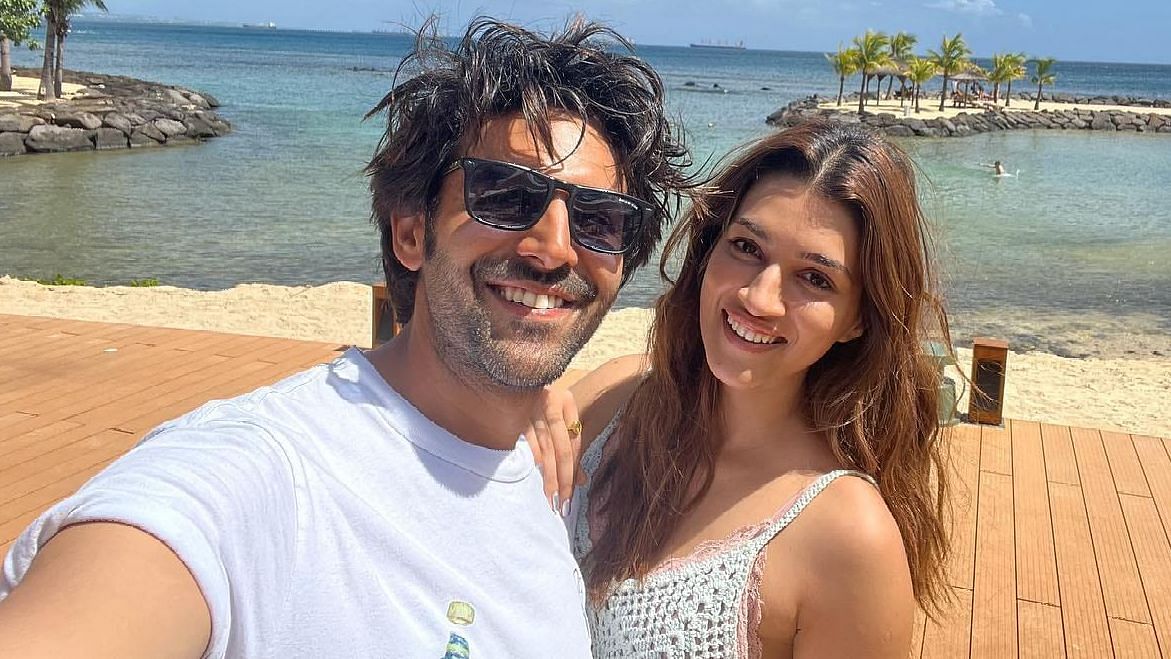 How difficult was it for you to break the image of the Punchnama monologue boy?

Frankly, it happened with the flow. Earlier, I was doing films which were offered to me, there were no long queues of the producers behind me. However, Sonu Ke Titu Ki Sweety changed things for me in 2018. After that, I became a household name followed by Luka Chuppi and Pati Patni Aur Woh cementing it. And with my OTT debut in Dhamaka, there was no looking back for me. Choosing these films was a conscious decision. I did say no to a lot of projects.

Do you feel your relationship as Kartik with the media, inner circle and entourage has evolved?

I believe in being rooted from the beginning. Yes, my relationship has evolved and even become stronger with everyone including my fans. I will never change towards anyone since it’s a profession and nothing is bigger than being human. Sometimes my films will work, sometimes they won’t. We all are here to work. I am in a happy space when it comes to my career. HomeEntertainmentI am happy that people have accepted the choices I have made: Kartik Aaryan