Advertisement
Home / Entertainment / How I Met My Life Partner: 'Only those who pay Krushna and my bills can question us,' says Kashmera Shah

How I Met My Life Partner: 'Only those who pay Krushna and my bills can question us,' says Kashmera Shah

In one of her mellow moments, Kashmera Shah says, “I’ve been with the same man for the last 16 years... it is proof that love does happen in very odd circumstances.” She is married to Krushna Abhishek, TV’s hugely successful funny man. The couple will celebrate nine years of bliss on July 24 this year. The Free Press Journal caught up with her for an exclusive chat. Excerpts: 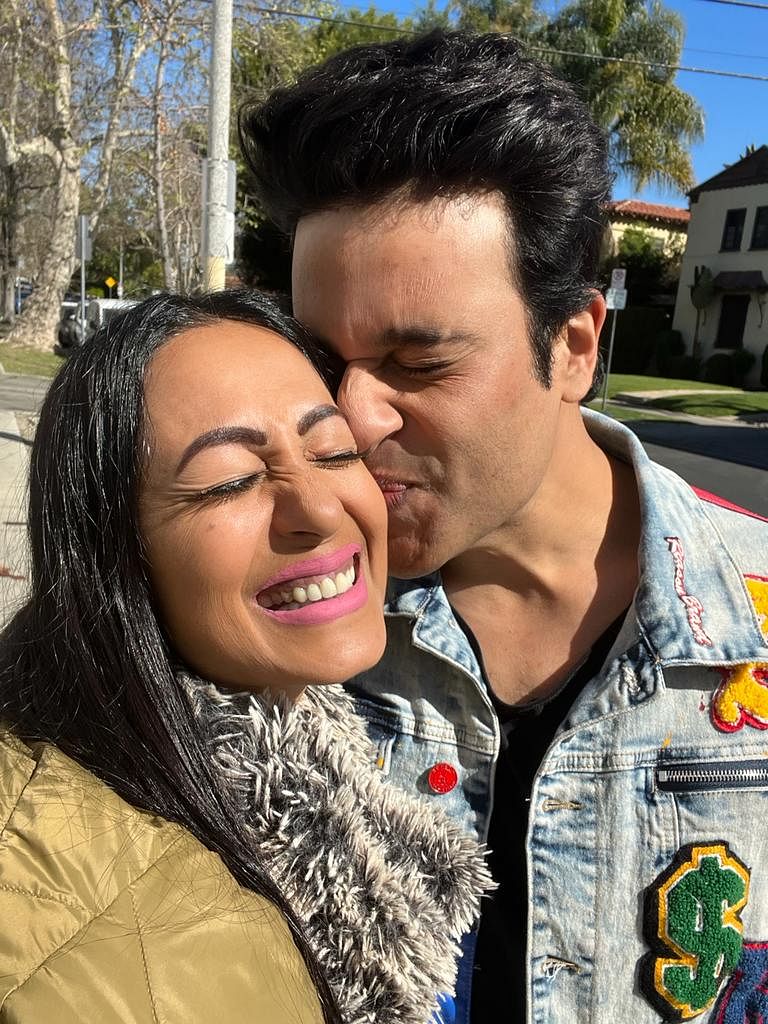 When and how did you first meet your better half?

I met Krushna during a film shoot. We just hung out with each other, got along very well, and eventually fell in love.

Did the bells begin tolling immediately, or did that happen later?

I expected somebody short, but Krishna is very tall... 6 ft 2″, so I was shocked. He came to my room and said hello; I was not expecting somebody so good looking, and I was completely taken aback. Yes, the bells rang immediately, but I ignored them because I was not looking for love at that stage of my life.

What did you like about him when you first met him?

He was very loving and very caring as a co-star. For an action sequence, he held my hand very tightly to reassure me. When he was going to the local market in Jaipur, he asked if I wanted to go along. I said no because I was quite popular and feared I would get mobbed. He sweetly got me what I wanted and that came as a pleasant surprise. 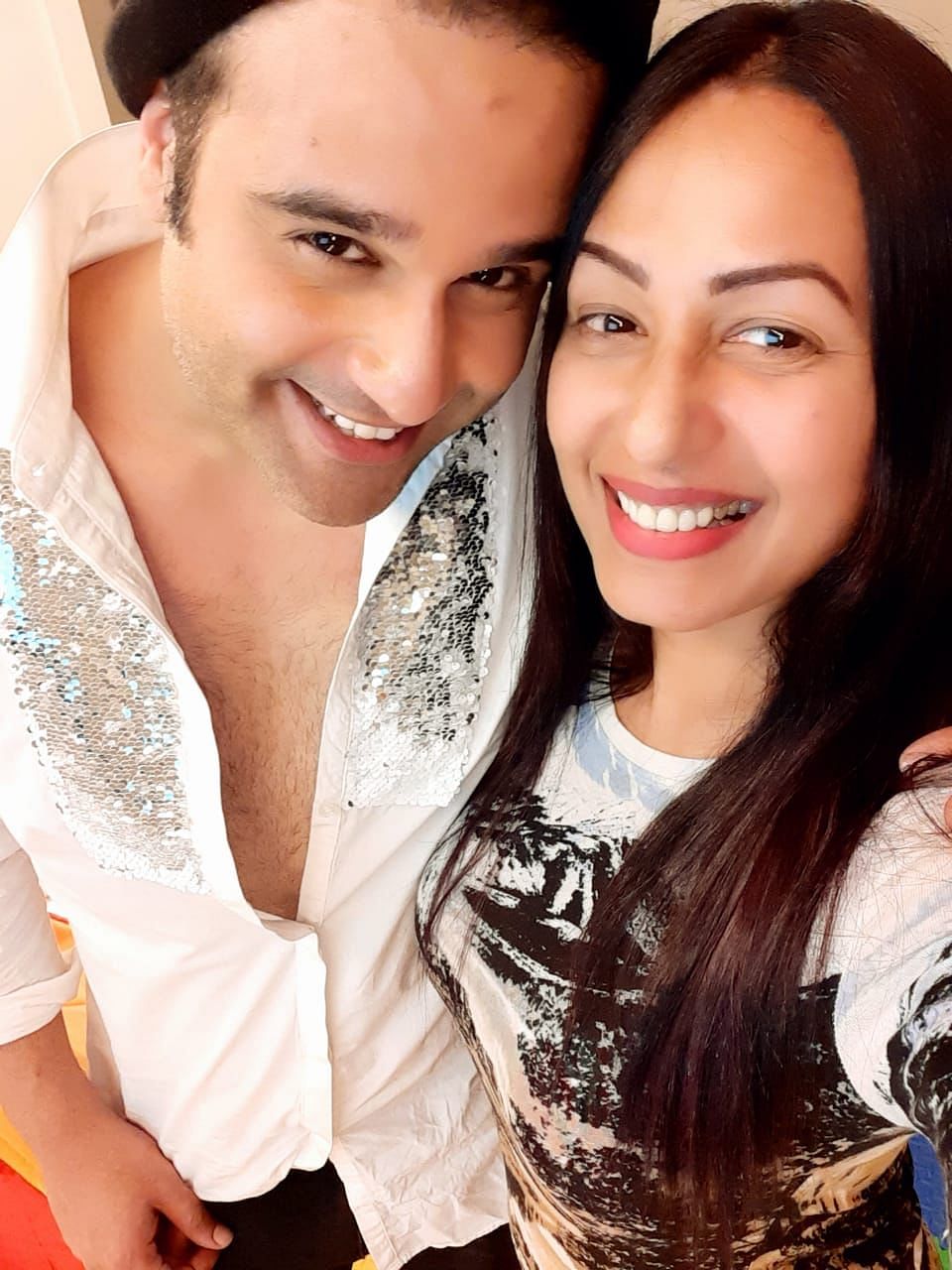 Did you both exchange numbers?

Yes. At the end of the film, one month later, we exchanged numbers.

The ice breaker was when I called him for dinner at my hotel. His hotel had no room service, whereas my hotel was a five star and had 24-hour room service.

After you came home, did you keep thinking about him?

To tell you the truth, he could not stop thinking about me. I was that good.

He asked me out because he wanted to take me to all the places that I hadn’t been to in Mumbai.

He paid on the first date. Thereafter I almost paid every time. Now obviously, he has to pay for everything.

Did he get you flowers and chocolates on your first date?

He brought masala pav. But then, I don’t believe in flowers and chocolates. 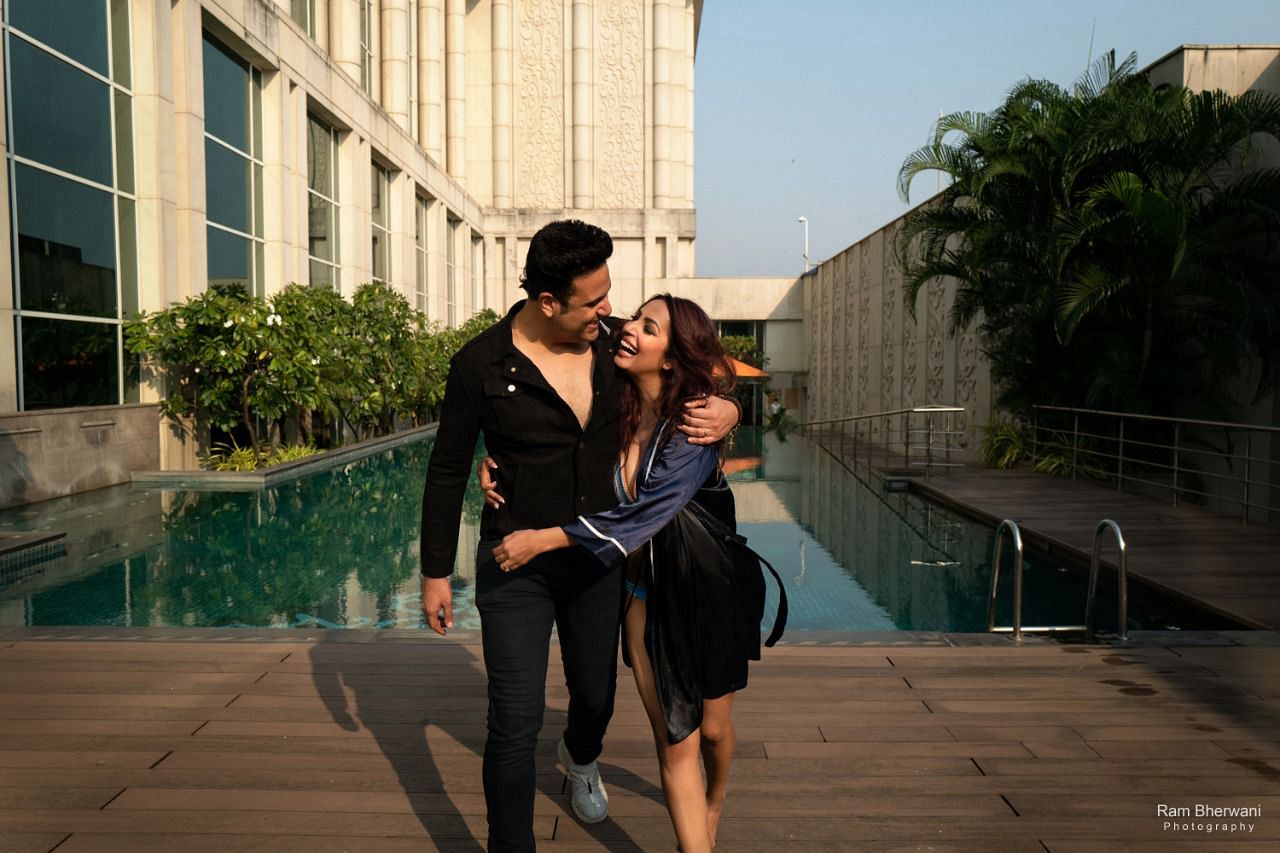 I don’t remember. What I remember is that I was a part of a huge reality show on TV, and I declared I love him in front of the entire world for the first time.

How many times in a day would you speak with him?

Earlier we spoke a lot on the phone as everyone does in a new relationship, but then we recognised we were not phone people.

Would you both fight during your courtship?

We hardly ever fought. I think our relationship was built on mutual respect, love and admiration for each other. He was always very quick to say sorry and apologise first, and he taught me that no matter what the problem was, we should resolve it before we go to bed. 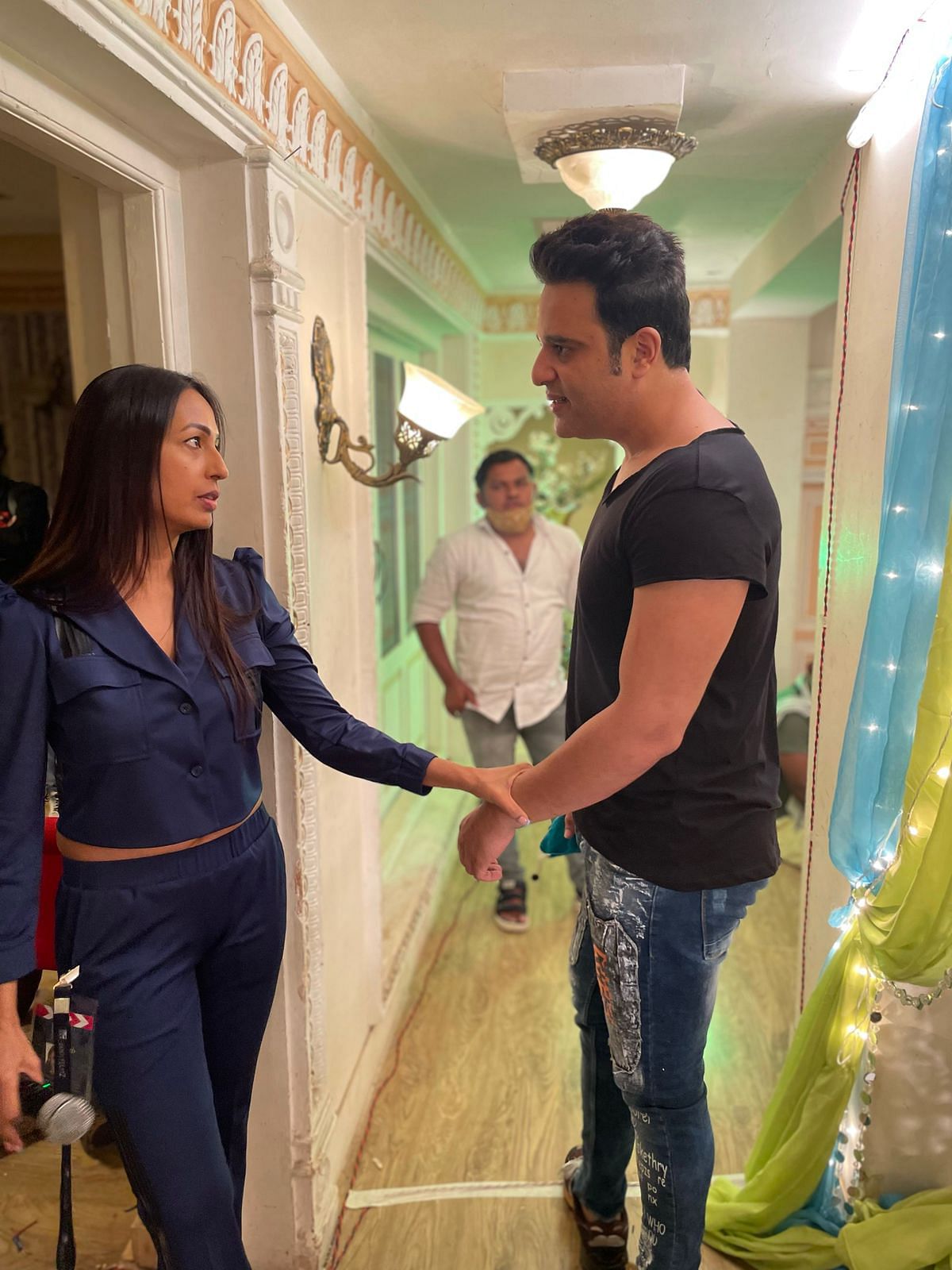 He proposed marriage because I think he realised I was about to shift back to America with my bag baggage and dog.

Did you face any opposition when you were ready to marry?

Only those who pay Krushna and my bills can question us. Those who are seething with anger that we are successful, married and have kids and are happy can go suck their thumbs.

How has your relationship changed from the time you guys were girlfriend - boyfriend to now being parents?

Krushna has become more responsible. He comes home as soon as pack up is announced and enjoys spending time with his young kids. As for me, I am the same mad self (laughs).