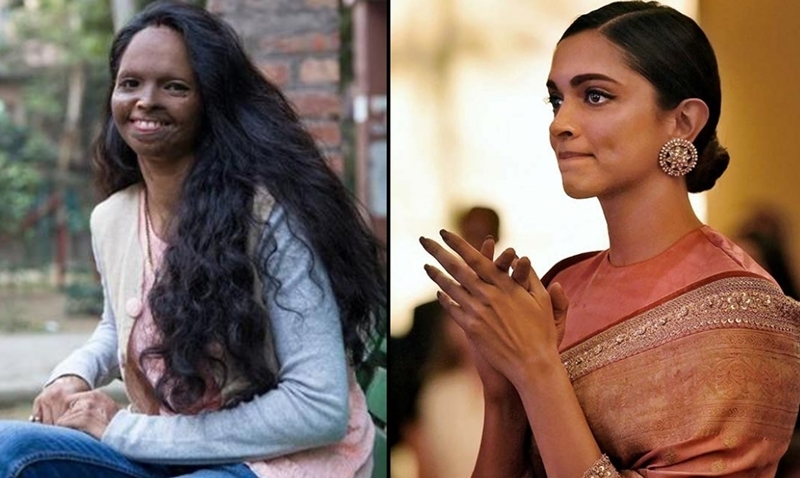 Bollywood leading lady Deepika Padukone today revealed her first look as Malti in her upcoming film ‘Chhapaak‘. The actress will collaborate with director Meghana Gulzar. In this film, Deepika will be playing the character of Laxmi Agarwal, an acid attack survivor. Laxmi, born in Delhi’s middle-class family, won many hearts with her courage, in a journey and circumstances which weakens many.

The attack that shook a nation

Laxmi, India’s best-known acid attack survivor, was only 15-years-old when a man has thrown attack on her face in 2005. Laxmi was on her way from her music class when a man who was twice of her age threw acid on her for rejecting his advances. The incident led her face and other body parts disfigured. Although she received treatment on time, in a span of 10 years, she went through many surgeries, which almost affected her mental health. But with her courage and determination, Laxmi took up life’s challenge and manage to stand back on her feet.

How Laxmi fought back

Laxmi even managed to put the culprits of throwing acid on her behind the bars. Laxmi then gathered 27,000 signatures on a petition citing to curb acid sales and filed a PIL seeking new law or amendment in present law which deals with these offences, besides asking to give compensation. She also pleaded for a total ban on sale of acid, citing an increase in acid attack numbers across the nation. And, finally, in 2013, Laxmi’s struggle paid off after the Supreme Court ruled in favour of Laxmi and Rupa’s plea, thereby creating a fresh set of restrictions on the sale of acid. Laxmi, along with other acid attack survivors, started a hunger strike demanding immediate justice and rehabilitation for acid attack survivors.

In 2014, Laxmi received International Woman of Courage award from Michelle Obama, US’ then first lady and was also named NDTV Indian of the Year. In the same year, she founded an NGO, Chhanv Foundation, which aims to help the survivors of acid attacks. Meanwhile, her struggle and come back from a life-threatening attack is a message for many such victims that acid attack isnt’t end of anyone’s life or dream and one should never give up.