When director SS Rajamouli announced years ago that Jr NTR would play 20th century freedom fighter Komaram Bheem in his magnum opus RRR, there was obvious curiosity among fans, who knew little about the historical figure. Now, people are finally enjoying Rajamouli’s magical spin on the life of the revolutionary on a big screen. But for the residents of Komaram Bheem’s native place, Asifabad, Telangana, RRR is not just a film... it’s a chance for them to relive the story of their hero.

Continuing its attempt to take theatres to the corners of the country, where cinemas are still an impossible dream, Picturetime has set up an inflatable theatre in Asifabad’s Kumuram Bheem District, an area interestingly named after Komaram Bheem. Picturetime has created history as this is the first theatre in the town in the last 30 years. RRR has garnered excellent advance bookings, and the theatre is running to packed shows.

The screening of RRR in Asifabad has brought special joy to Rajamouli and the team. The RRR Director visited the site at Asifabad, where the crowd’s joy knew no bounds. The maverick filmmaker attended a packed screening of the blockbuster, interacted with the audience and paid his tributes to Komaram Bheem.

Last month, Picturetime collaborated with the Government of Telangana, the District Rural Development Agency (DRDA) and the Society for Elimination of Rural Poverty (SERP) with the help of Zilla Mahila Samakhya, a registered society and the apex body of women self-help groups (SHG’s) at the district to establish the first cinema theatre in the region.

To this, Rajamouli says, “The first theatre in India whose functioning is taken care by women (Zilla Mahila Samakhya) is installed at the district supported by Picturetime is indeed a spectacular initiative.” 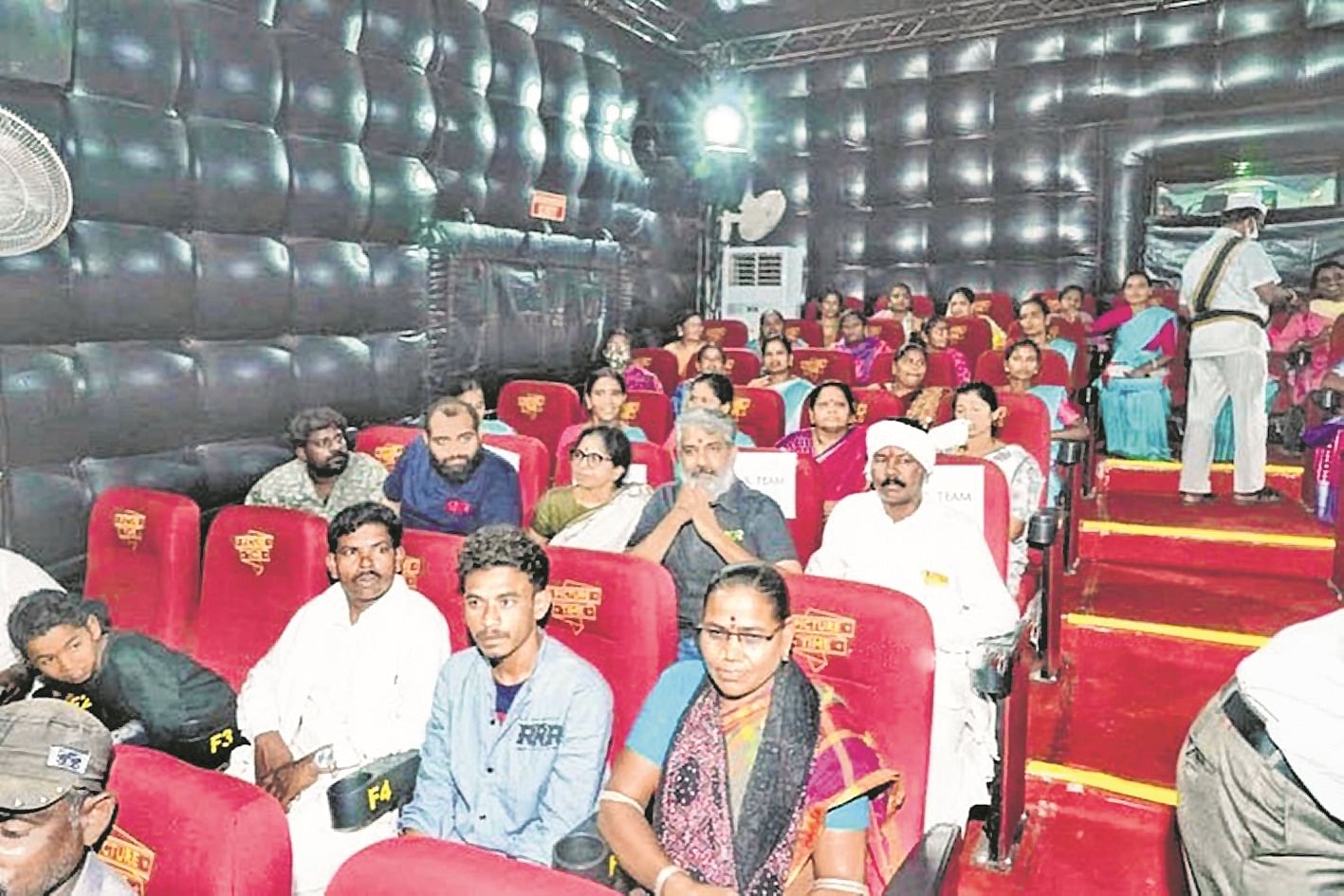 Sushil Chaudhary, Founder and CEO of Picturetime, shares, “Taking films to the interiors of this country is the goal. Every step or landmark achieved in this direction gives me utmost happiness. Installing our theatre here at Asifabad is all the more special as it has a strong and special connection with the record-breaking film RRR. I’m glad we could make this possible for the people of Asifabad. I’m more than grateful to SS Rajamouli to grace our theatre with his presence.”