There was once a time when actresses would only sing and dance around trees, and seduce their male counterparts when required. However, today’s heroine have other challenges to face. They have to deliver a lot more and have to be on par with the male actors.

The actresses too want more from than roles than just a platform to look pretty. And what this has translated into is that more and more actresses want to do action scenes and that too on their own. So, if the hero jumps from buildings, throws kicks and punches our heroines will do too. Here’s a list of the actresses who top this list: 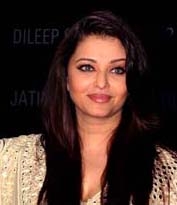 Ex-Miss World, Aishwarya Rai Bachchan did not merely want to be known as a porcelain princess with a pretty face. She may have been the most beautiful girl in the world once, and did a lot of pretty roles, but then with films like ‘Dhoom 2’ and ‘Jodhaa Akbar’ she proved that action was also her forte. Brushing shoulders with Bollywood hunk Hrithik Roshan, Ash showed her strength a performer.

Ash’s high voltage action portions in ‘Dhoom 2’ were hugely appreciated as she jumped off a cliff and moved around deftly as she did her sword fights in ‘Jodhaa Akbar’.

Priyanka Chopra, known as Piggy Chops, also was a pretty face who made movies like ‘Hero’ and ‘Andaaz’ and then came the ‘Don’ series where the actress had to start making everyone believe that she wasn’t just there for her beauty.

‘Don’ and ‘Don 2’ saw Priyanka’s ability and grace in action scenes among other sequences. The actress was not just agile but also pretty flexible. In the meantime, the body double in the film expired and it was left to Priyanka to perform her own stunts.

Everyone who saw Priyanka in the movie knew that she was very impressive in the martial art sequences and had amazing timing and reflexes. Priyanka blew the audience away with her bare fists and her hand-to-hand combats.

Even in ‘Drona’, Priyanka played Abhishek’s bodyguard and trained in the Sikh martial art, Gatka, which made her the highlight of the film. 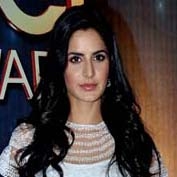 The media is abuzz with news that Katrina Kaif is set to do some awe inspiring stunts in her upcoming action YRF film ‘Dhoom 3’ opposite Aamir Khan.

It is now being rumoured that Katrina’s stunts would be at par with the stunts done by Hollywood actresses. Earlier, ‘Dhoom’ heroines like Esha Deol, Bipasha Basu and Aishwarya Rai have had a few stunts to perform. But Katrina is said to have been given at least three major action sequences for which she had to be specially trained as she wanted a challenging role.

Kat had to do a few action scenes in ‘Ek Tha Tiger’ as well and now, convinced by her ability, YRF is adding a couple of more action sequences for her.

Not one to be left behind, the ‘Race 2’ actress, now prefers to do all her action sequences on her own.

The actress has decided against getting a body double to do risky sequences in her upcoming film with Saif Ali Khan who seems to be a big motivation for the women.

A recent sequence that was shot in the Turkish capital of Istanbul had Deepika balancing on top of a speeding car which had an open door and was tearing through heavy traffic. Action is not new to this girl who did some scenes in ‘Chandni Chowk To China’. For that role Deepika underwent three months of training in martial arts. Even though the film flopped, the actress was superlative in the action sequences and rubbed shoulders with the last action hero, Akshay Kumar, as well.

Did Anushka go under the knife?

She is known for her effervescent presence. 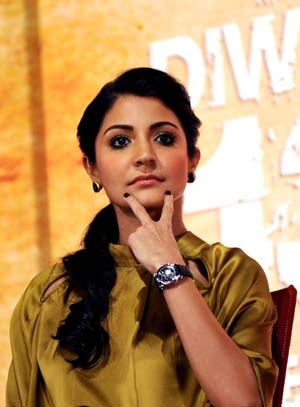 But controversies have been surrounding Anushka Sharma regarding her body almost since her second release ‘Band Baaja Baaraat’. First there was the issue of her eating disorder, and now it seems the actress has gone under the knife to enhance her looks. People who know the actress well say that there has been some change in her lips. She now sports a fuller pout and this has been drawing a lot of attention. A source says, “I interact with her on a daily basis and was surprised to see her full lips. She has got a lip job done for sure. I saw her through the shooting schedule and then during the film’s promotion, but never spotted such puffy lips ever. I was surprised by the sudden change.”

Anushka still maintains that there is no change in her lips. She may attribute the perceived change to a new brand of lipstick. Anushka has just finished working on Vishal Bharadwaj’s ‘Matru Ki Bijlee Ka Mandola’ and is all set to work on Raju Hirani’s ‘Peekay’.