Ananth Mahadevan column: Theatre is to an actor what exercise is to a sportsman 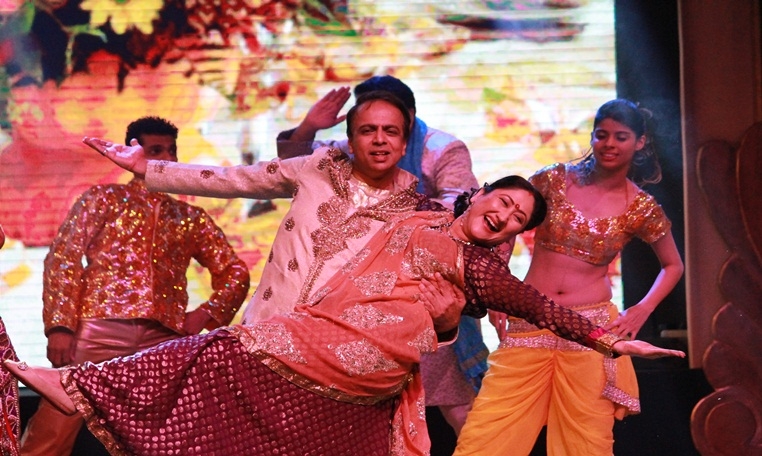 Anton Chekov, in one of his popular short stories, described the theatre as a place where people dressed in their finery, reeking of perfume, jostled in the lobby to be noticed. It was that very theatre that I was drawn to like a moth to the fire, to be seen, not amidst the society bigwigs, but on stage for them to see.

Maybe there always was this in-born instinct to entertain. It started in the scholastic years. Concocting stories on the spur of the moment in a classroom, standing in place of the teacher, instilled a confidence that would never let me know the meaning of the term “stage–fright”. The annual school events incorporated a 30-minute play that I would eagerly rehearse for and perform. Little did I realise that this indulgence of pure passion at the school and inter-collegiate levels was to be my calling in life.

Baptism on the professional scene happened with no less a play than Shakespeare’s Hamlet. In 1979, a Delhi-based director Bharat Dogra, eager to play the tragic prince, helmed the play, produced by one of my college professors. Seated in the front row at the opening performance at the Tejpal auditorium was the guest of honour, Dilip Kumar, a friend of the professor.

It was enough to send us debutant actors into a nervous tizzy. But I chose to overwrite the moment as I rattled off with fluent ease Polonius’ tongue-twister: “the actors are here my Lord, the best actors in the world, either for tragedy, comedy, history, pastoral, pastoral-comical, historical-pastoral, tragical-comical, tragical-comical-historical-pastoral, scene undivided or poem unlimited.” The audience broke into a spontaneous applause, my first.

The critics of some popular evening tabloids like The Evening News hailed the attempt to stage Shakespeare and singled me out for Polonius. The next logical stop would have to be the sugar-bowl of intimate theatre in Mumbai, the iconic Prithvi theatre built by the illustrious Kapoor clan in the Mumbai suburb of Juhu.

It was, and justifiably so, the Mecca for budding actors and theatre enthusiasts. Om Puri, Shafi Inamdaar, Paresh Rawal, Anjan Srivastava, Anupam Kher and Alok Nath were some of the stars of the future who groomed themselves at the Prithvi around the same time. The journey with such august peer pressure began in 1980 with Mudrarakshah’s nautanki version of Gogol’s The Inspector General, titled Aala Afsar in which playing the pivotal role of the Mayor also called for live singing on stage.

It was, in many ways, a fitting launch for me, both as an actor and on stage. There was no looking back after that. The plays of Vijay Tendulkar (Jaat Hi Poocho Sadhu Ki, Khamosh Adalat Jari Hai, Anji), Shankar (Raktabeej), Badal Sircar (Pagla Ghoda), Ray Coney (Run for Your Wife), Richard Nash (The Rainmaker), Moliere (The Miser), Neil Simon (The Good Doctor), Arthur Miller (The Price), J B Priestley (An Inspector Calls) and the adaptation of Norman Jewison’s Send Me No Flowers were the perfect fodder for a student like me to sink his teeth into.

It has been 39 years since. I have done television and cinema too but the theatre continues to attract. It is to an actor what exercise is to a sportsman. The real challenges are thrown up in the theatre. Playing a 90-year-old stockbroker in Arthur Miller’s The Price was intimidating for a 27-year-old. My director told me that I needed to mature, experience life and get age lines on my face before attempting to get under the skin of such a character.

It wasn’t in me to give up. I painstakingly worked on a make-over. Three hours before every performance I closeted myself in the Prithvi make-up room and effected a transformation. Applying spirit-gum over a layer of tissue paper on my face would appear an amateur attempt to make-up experts but that was the only way in the 1980s to wrinkle my face.

Over the tissue I applied a foundation to match the skin. It was an effort performing with the sticky tissues jabbing away on my skin as much as it was a task to get rid of them after the performance. But the laudatory reviews as the scene stealer in the play that had names like Meenakshi Thakur, Dinesh Thakur and Nitish Bharadwaj, made it worth every moment.

Into the new millennium, it was all about seeking out more difficult roles to essay. I now made a concerted attempt to avoid the bedroom farces and comedies [though it was my four-role part in Four at a Time that attracted director Ramesh Sippy’s attention]. Veteran Nadira Babbar’s play based on dastaangoi, the ancient art of story-telling, helped me chart unexplored territory.

Hum Kahen Aap Sunen was experimental theatre that helped me hone my speech, Urdu and body language. The Urdu exercise was a precursor to playing a Pakistani professor in my current production, Last Over, a comedy about cricket and life. For theatre audiences, a South Indian mouthing Urdu with a Pakistani touch is “amazing”. I dismiss it with the example of the late Tom Alter who shed his American roots to master the language.

When audiences, after watching Bharat Dabholkar’s Blame it on Yashraj, ask me why I hadn’t made it as a leading man in films or when a veteran critic Taran Adarsh after watching my play That’s My Girl! Apologetically remarks, “You haven’t got your due”, I am amused. Of course I was never the type to have a public relations machinery rolling, but it was also a system that chose to ignore me. However, I seem to have survived. Nearly four decades of theatre, television and cinema would not have been a reality if it wasn’t for dogged persistence.

The only regret is that theatre in India still remains a weekend activity both for practitioners and the audience. Unlike Marathi and Gujarati professionals, Hindi and English theatre languish. If only it could become a living, a la Broadway or the National Theatre in London. Then actors like us would derive greater satisfaction and would not have to sell our souls to the crass commercialism of television and cinema.