After ‘Kedarnath’ and ‘Simmba’, Sara Ali Khan to feature alongside Kartik Aaryan in Imtiaz Ali’s next? 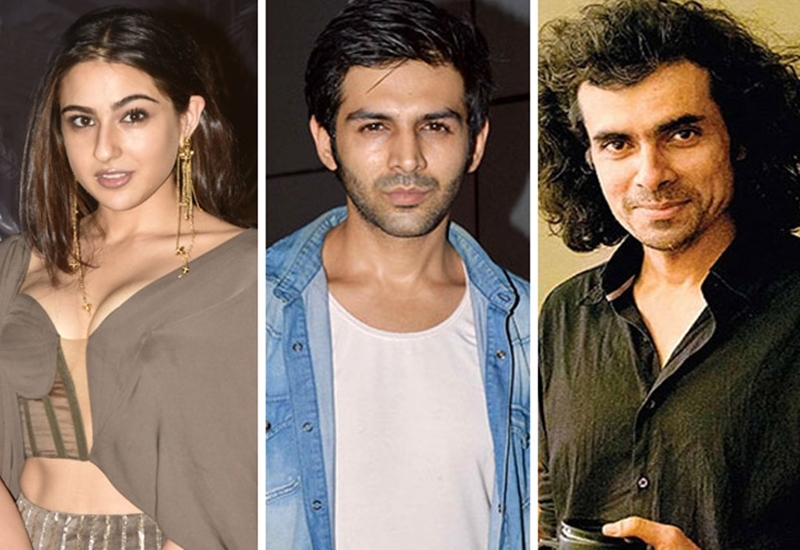 Well, fans were keen on seeing the Jab We Met team of, Shahid Kapoor and Imtiaz Ali reunite. But the same didn’t materialize. On the other hand, another set of reports spoke about the Tamasha filmmaker joining hands with Kartik Aaryan of Sonu Ke Titu Ki Sweety fame. And now the latest update on that front is that Sara Ali Khan may essay the role of Kartik’s leading lady in the untitled venture.

It seems that the season of romance will be lasting for long for Sara Ali Khan on screen. This will be her third romantic pairing with a different actor after Sushant Singh Rajput starrer Kedarnath and Ranveer Singh starrer Simmba. While the two films are already in the pipeline and will be releasing this year itself, the actress may start work on this Imtiaz Ali film by next year.

Speaking of the film, certain reports claim that the Sara Ali Khan and Kartik Aaryan venture will be a travelogue – love story, a specialty that the director is known for. Interestingly, it is also being said that Kedarnath teaser was instrumental in Khan being approached for the film. Since Ali was impressed with the same, he decided to meet her with the script and if these reports are to be believed, Sara has even liked the concept. It has been learnt that currently the actress and filmmaker are working out the modalities.

Imtiaz Ali has previously also worked with Sara’s father Saif Ali Khan in Love Aaj Kal which tapped into contemporary and urban lifestyle and their concept of love. Coming to this film, we hear that it is expected to go on floor in February 2019.

Also, another intriguing fact is that Imtiaz Ali will be working with Kartik Aaryan too for the first time. We hear that the filmmaker was keen on having a new actress on board and hence decided to rope in Sara after seeing the Kedarnath teaser.