Offline schooling in the post-pandemic era has not only affected students but it has also taken a toll on teachers and parents equally.

Mumbai: Even after 6 long months of offline schooling, many students are finding it difficult to shirk off the lockdown lethargy. Being shut behind doors for such a long time is a habit that might be imposed on the future generations of Mumbai. The Free Press Journal spoke to several stakeholders of school education asking about the changes in the situation in the past 6 months.

“Gladly, the situation has improved a lot. I don’t receive a lot of complaints anymore and I must say that the students are seamlessly adapting to not just offline schooling, but an offline life all in all. They are doing it way better than most adults out there,” said Dr Nihar Parekh, who is a paediatrician. “On the other hand, the situation was very bad in the beginning. I frequently received complaints from parents about their wards facing difficulties in adapting to the offline version of schooling. One in every five parents had a very similar complaint about their child.” Earlier, friends were the biggest distraction for students but now the realisation of exams approaching has led to less concentration on friends.

Fear of exams lingering on students

Several students were more afraid of the upcoming exams than they were of being affected by the virus. Their only thought was what they would do if they scored less in the exams. Hence, it was very important to give them a push and encourage them to study properly.

Atharv Shetty, a grade 8 student, said, “When we just started going to school, it felt boring because classes were divided into separate batches. We were really scared about our exam scores. As we were meeting our friends after a very long time in school, we easily got distracted. We had tons of things to talk about. Nonetheless, now have developed a better understanding of the concepts, and we have become more sincere as exams are lingering over our heads. The distraction is less too, as now we’re habituated in seeing each other daily.”

The attention span of most kids was not more than a few minutes. However, as per several teachers, students are now able to pay attention for about an hour, which is much more than what it was in the initial stages.

Farzana Shaikh, secondary coordinator and biology HOD at the Universal School Ghatkopar also expressed her views on the matter. She said, Due to online sessions, for a few students it feels like they have directly jumped two years of their educational life. Initially, when schools started, kids were not very good listeners. It was difficult for them to cope with concepts. Few teachers told me that students were paying attention for just five minutes at a stretch. As a result, we have changed our teaching strategies depending on the age of the child. Teachers now avoid using the traditional method of board and markers and they have started giving punches from Instagram or Snapchat so the students feel connected to it. And we’ve observed the improvement and interest among kids.”

“Children have risen up to several occasions of difficulties through and post the pandemic. With more activities and less writing work, students have started sitting in one place for a longer span with more attention. On the other hand, 6 months back, there was no proper response from them towards the learning stimulation. It was difficult for the teachers as well. A restricted timetable has also led to better understanding in students,” said Deepika Gupta, a teacher from Billabong High International School, Juhu.

Jeet Bhatia, a grade 9 student stated, “It was difficult in the beginning to pay attention. The span was just about 15 to 20 minutes at a stretch. Friends distracted us and socializing was at its peak. We easily socialized with each other and that was kind of our ultimate goal. Now, however, things are much better. Knowing that our board exams are approaching in a year, we have realized the sincerity of our situation and we have been paying more attention. We have been learning, writing, and in turn understanding more.”

The situation was not only a problem for students and teachers, but for parents equally. Parents, too, had to adapt to the offline sessions, they had to prepare their kids for the same, and they had to give them a push that the kids were seeking unknowingly.

Monica Sonthalia, parent of a student studying in Grade 10 mentioned how serious her child has gotten in the last 6 months. “In the start, she had a very laid-back attitude, which is still there, but much better. Due to the lockdown, it felt as if there was no family connection between us and her. Kids lacked time management and they used to get too frustrated if we asked them to study at home. Now, things have turned out to be much better because of the students’ dedication and fixed routine. The only issue that still stays is the minimum amount of physical activities.,” she said.

“Kids still face several issues when it comes to writing speed and completion of notes. Thanks to online lectures, they had completely lost the habit of writing. Secondly, even some teachers have been lacking management and they are still coming back to terms. Losing about two years of development has taken a toll on the kids,” expressed Archana Bhatia, another parent. 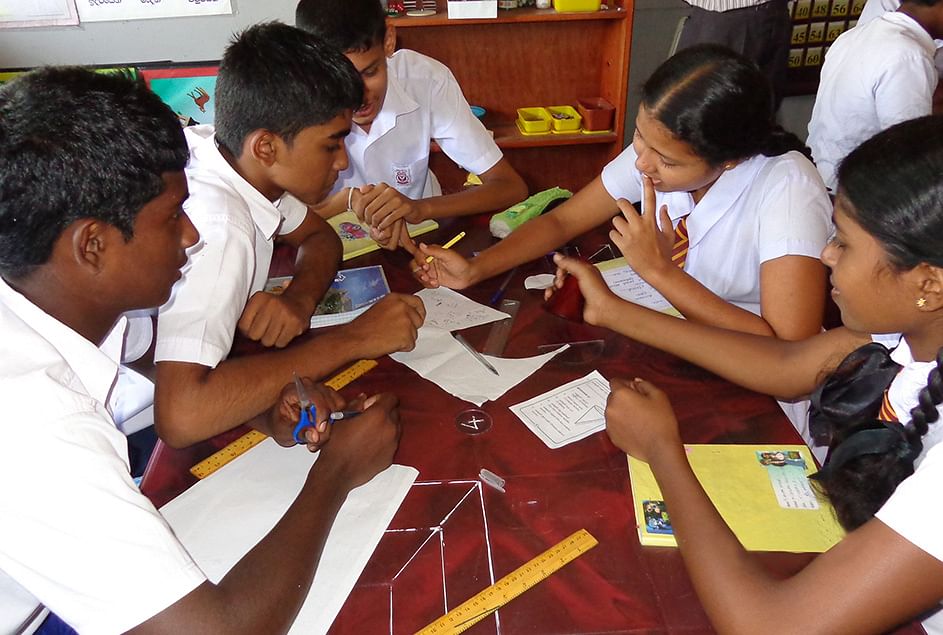