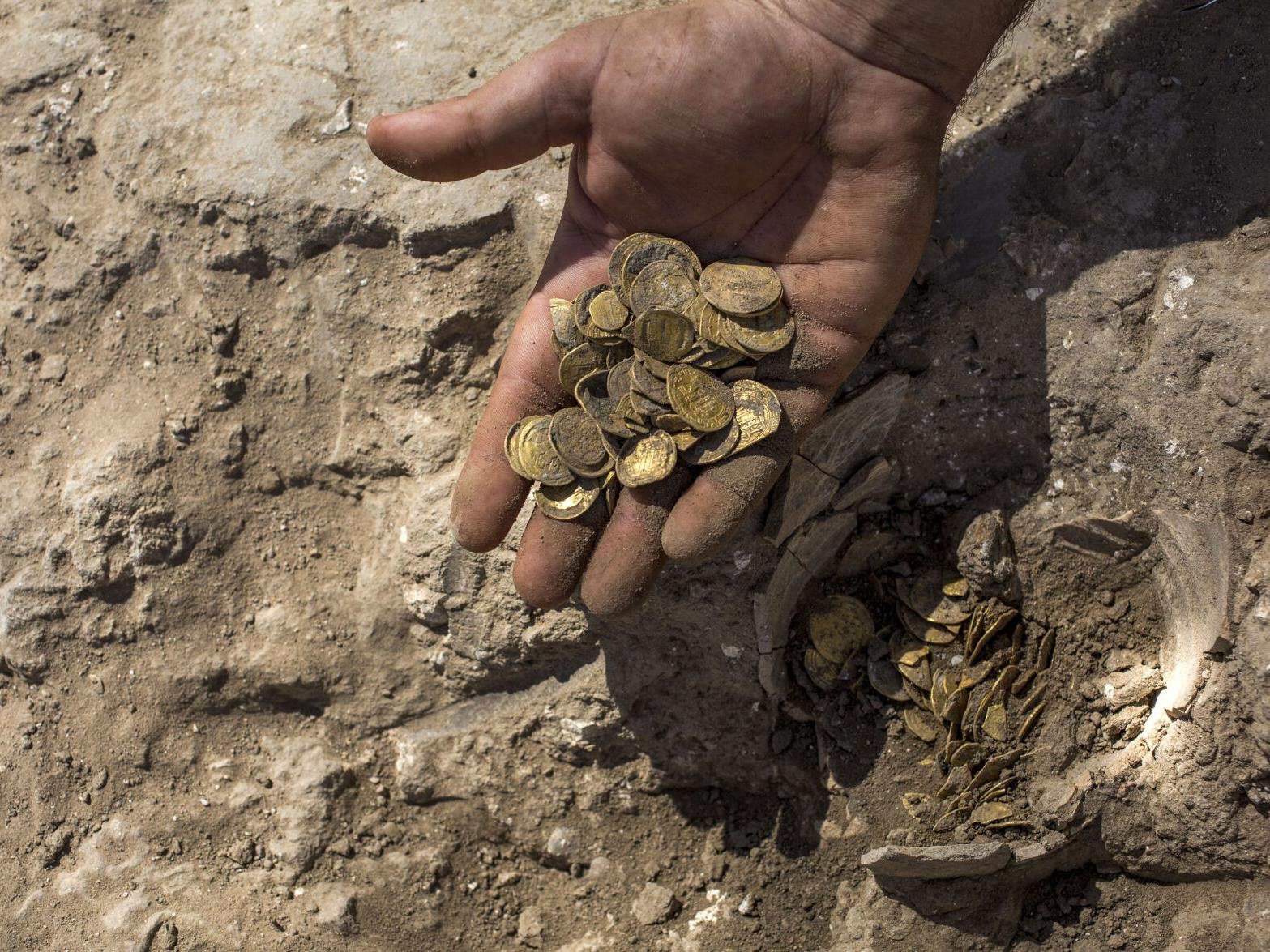 Chennai, Dec 17: After a Class 12 student from a government school discovered three Chola period coins, the Tamil Nadu archaeology department, in collaboration with the Archeological Survey of India (ASI), would intensify the mining process in Ramanathapuram district.

After her father, a farmer, found the coins while ploughing in his field, the student identified three of them as Chola coins.

Muneeswari, a Class 12 student of Thirupullani's Suresh Sudha Azhagan Memorial Government Higher Secondary School, said she was taught how to identify old coins and potteries by the school's heritage club, as well as how to interpret inscriptions on the coins and potteries.

Muneeswari said, "We have a strong heritage club in our school and teachers tell us to identify ancient coins, potteries as also inscriptions on these coins and potteries to gauge out the period of these coins as there was a rich civilization in this part of the world during the period of Raja Raja Cholan and the Chola dynasty that had extended up to Sri Lanka and Vietnam."

V. Rajaguru, the secretary of the heritage club of the school, told IANS, "The students of the school are made aware of such coins and the inscription on the coins and potteries that are unearthed in this part of the world. Recently students have identified Chinese potsherds a few months ago on the school campus."

He said that the student identified the coins as belonging to those issued by the great Chola king Raja Raja Chola after the conquest of Sri Lanka in war and it belongs to the 11th and 12th century CE.

Taking a cue from the Class 12 student identifying copper coins of the Chola period, the Tamil Nadu state archeology department in association with the Archeological Survey of India (ASI) is planning more excavations in the area.

It may be mentioned that the Tamil Nadu State Department of Archeology (TNSDA) in association with the Archeological Survey of India (ASI) has been doing excavations at Keeladi, Konthagai, and Agaram in Sivaganga district of Tamil Nadu.

Excavations were also carried out in Adichanallur, Sivagalai, and Korkai in Thoothukudi district and also some other places in South Tamil Nadu, and the findings by Muneeswari has led to thinking from the TNSDA and ASI to start digging at Ramanathapuram district also to get some rich inputs on the past during the Chola dynasty period.