Police gave the names of the deceased as Sudhish of class 6, Vishwaranjan of class 8, and Anbazhagan of class 9.
N Chithra 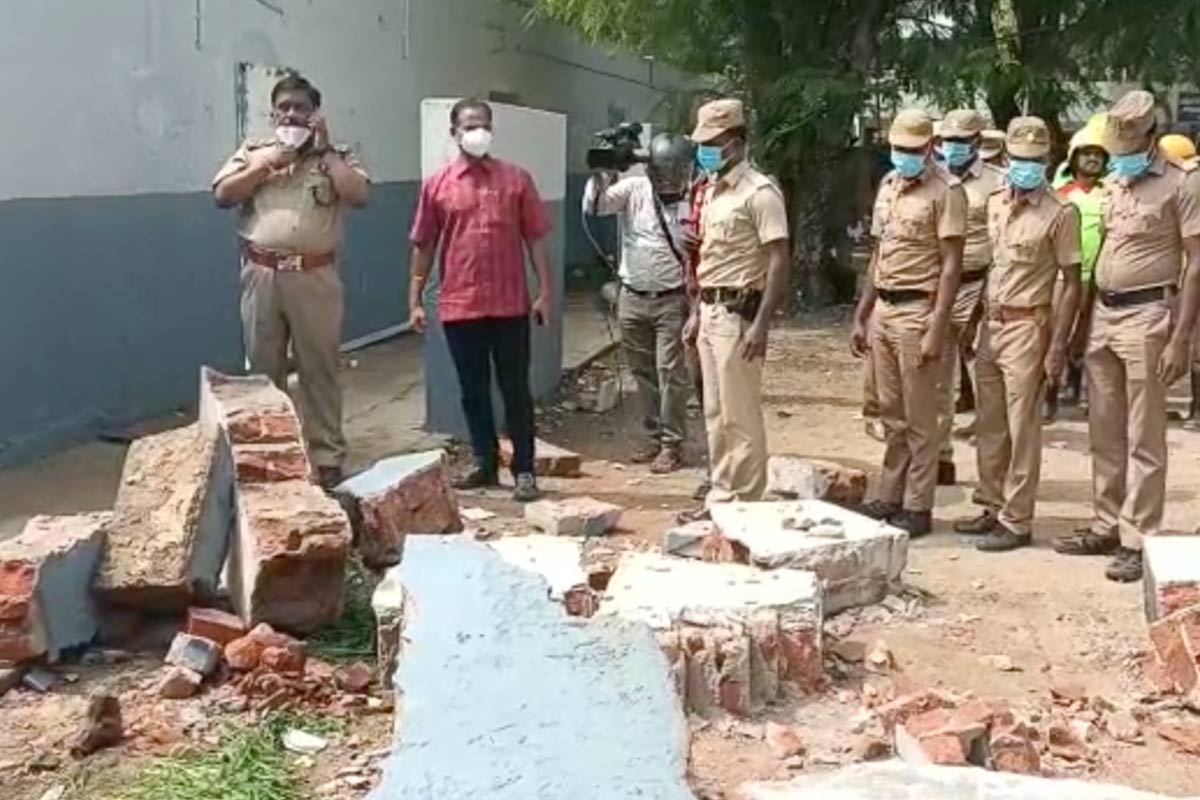 Three students of a Government-aided school in Tirunelveli in southern Tamil Nadu were killed after a school building wall collapsed on the campus on Friday morning.

Four students sustained injuries and are undergoing treatment in hospital. Tirunelveli Collector Vishnu said that the preliminary inspection by engineers of the Public Works Department revealed that the walls, near the toilet, were constructed poorly with no proper foundation. The recent rains had weakened the wall further.

Schaffter Higher Secondary School correspondent Selvakumar, headmistress Gnanaselvi and contractor John Kennedy, who constructed the wall, were arrested following an agitation by parents of the deceased children and students of the institution.

According to police, the students had gone to the toilet during the interval when one of the three “covering walls” collapsed and the debris fell on the students in the vicinity.

Angered by the incident, a section of students blocked the main road and vandalised the flower pots on the campus as well. However, later they were pacified to withdraw the agitation.

The parents of two of the children, who died, refused to accept their bodies demanding action against the school. After learning that the action had been taken, they accepted the bodies.

Police gave the names of the deceased as Sudhish of class 6, Vishwaranjan of class 8, and Anbazhagan of class 9. Philippines: At least 12 killed, over 300,000 flee homes as strongest typhoon hits southern and...