SC: CBSE should consider the problem of students who scored less marks in class 12 improvement exams

The students who took the improvement tests were admitted based on their initial results, and the highest court stated that this should not be altered.
PTI 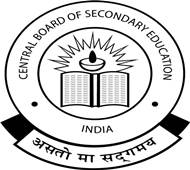 New Delhi, Dec 13 : The Supreme Court on Monday said the CBSE should look into the issue of students who took the exams this year to improve their grades in class 12 but received lower results, since this will affect their chances of getting into higher education.

The students who took the improvement tests were admitted based on their initial results, and the highest court stated that this should not be altered.

The Central Board of Secondary Education (CBSE) has filed a counter-affidavit stating that the previous result of the students who failed the improvement examinations would be considered and they would have the opportunity to retain it, according to a bench of Justices A M Khanwilkar and C T Ravikumar.

"The only difficulty is with the students who have scored less marks in improvement examinations. They have also taken admission based on their previous result. So, they should also be given the liberty to keep their original result that was published based on the evaluation policy," the counsel appearing for the petitioners told the bench.

The top court was hearing a plea filed by some students, who had appeared in the CBSE examinations this year for improving their marks in class 12, seeking a direction to the board to maintain their original results.

The bench told the counsel appearing for the CBSE that such students, who have scored less marks in improvement examinations, have taken admissions based on their original marks.

"This will have an impact on the admission which has been given," the bench observed, adding, "Their admission will be affected immediately."

"You will have to consider this. This is only a one-time arrangement. This is not a permanent policy," the bench told the CBSE's counsel, who said he would take instructions on this aspect.

The bench further observed, "You either say yes or no. We will issue direction otherwise. The admission should not be disturbed. That is all what we will say."

The Supreme Court questioned the board's counsel if he had discussed this issue with the appropriate authority, as this would be a problem for students who had taken the improvement examination.

"This is a problem which is faced by the students. How will you reconcile with that," the bench said.

The top court was hearing a plea filed by 11 students who were declared passed in the original results by the CBSE based on the evaluation policy of 30:30:40 and were subsequently allowed to appear in the improvement exams held in August-September this year.

The plea said the petitioners have been either declared failed or awarded very less marks in the improvement examinations and they apprehend that their original results, in which they were declared pass, will be cancelled.

It has sought a direction to the CBSE not to declare as fail the class 12 students who were already declared pass in the original results based on the evaluation policy.

The plea has further sought direction from the concerned authorities to maintain the original result of the petitioners instead of the improvement examination result.

As per a press statement of CBSE, 34,317 regular students had appeared in the offline examinations for improvement of their marks, it said.

On June 17, the top court had approved the assessment schemes of the Council for the Indian School Certificate Examinations (CISCE) and the CBSE, which had adopted the 30:30:40 formula for evaluation of marks for students of 12th standard based on results of class 10, 11 and 12 respectively.

It had said that marks obtained by class 12 students in practical and internal assessment on an actual basis as uploaded by schools on the CBSE portal would be also considered in deciding final results.