HomeEducation"Not a single complaint.." what Delhi govt said at Delhi HC on its decision to install CCTV in classrooms

"Not a single complaint.." what Delhi govt said at Delhi HC on its decision to install CCTV in classrooms

In 2018, petitioner Daniel George had moved the high court saying it was not healthy to have cameras inside classrooms and the constant scrutiny would have a psychological impact on the children besides raising concerns of voyeurism and stalking.

New Delhi: Arvind Kejriwal-led Delhi government on Friday opposed before the Delhi High Court a challenge to its decision to install CCTV cameras in classrooms of government schools, saying that right to privacy is not absolute and the system would ensure safety of children. The Delhi government lawyer told a bench headed by Chief Justice Satish Chandra Sharma that not only has the Supreme Court rejected a similar petition before it, but there has been no complaint to the authorities by any parents against such installation in their children's classrooms.

"Not a single complaint addressed by any parent of any student studying in these schools. There are 728 government schools in which it was proposed to be installed and out of 768, in 601 it is already installed and functioning for the past 3 years," Gautam Narayan, the counsel appearing for the government, submitted before the bench, that also comprised Justice Subramonium Prasad.

In its affidavit filed in response to a petition by the Delhi Parents Association against the decision, the Delhi government said that the decision to install CCTVs came in the aftermath of certain child abuse reports in school premises as a "legitimate, well-considered and thought out policy measure in the larger interests of the stakeholders of the process of education in the government schools ie students, parents and staff of the schools."

It argued that the decision was not a "knee-jerk reaction" to the reports of sexual abuse in September 2017, but was being deliberated for more than two years. It maintained that the installation of cameras does not infringe right to privacy. The court listed the matter for hearing on January 13 and granted time to the petitioner, who is being represented by advocate Jai Dehadrai, to file its response to the stand of the Delhi government. 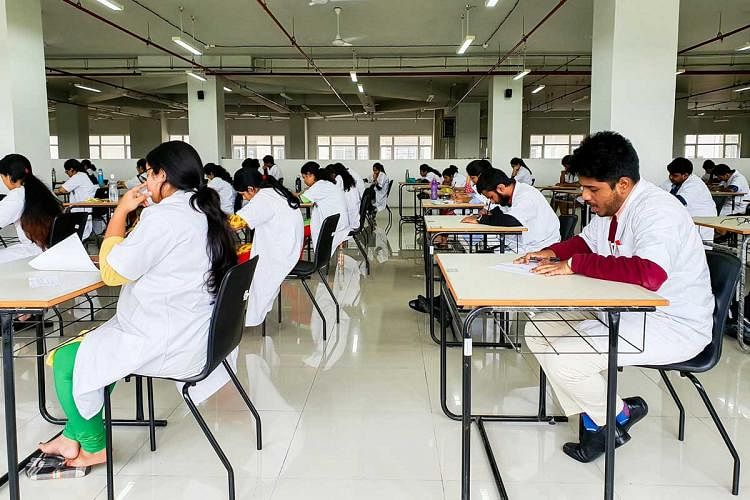 "One of the major factors for installation of CCTV cameras in classrooms has been to ensure the safety and security of children studying in schools,” the affidavit filed by the Delhi government said. "In light of the incidents of sexual abuse and bullying becoming rampant in classrooms, the ineffectiveness of other measures to check and control such incidents had required the government to think of alternative solutions - for which purpose, the pilot project of installation of CCTV cameras in classrooms was envisaged by the Respondent No 1 (Delhi government)," it said.

The city government said that the decision to install the cameras was necessitated by "increasing incidents of violence in schools and the inability of management" to protect students. "The horrific spate of incidents had occasioned the education departments throughout the nation to rethink the standards for safety and security in the schools and issue fresh guidelines for protection and security of the students of the school," it said.

The government in its response also contended that the right to privacy is not absolute and is always subject to reasonable restrictions by the state. It said that the extent of "expectation of privacy" in a public classroom has to be borne in mind while balancing the state's interest in ensuring safety of students with concerns of privacy violation.

The Delhi government lawyer said that "there is no streaming right now" and only the principal concerned has access to it the CCTV recordings. The lawyer also said that the charge levelled by the teachers that they are being discriminated against by being kept under the CCTV scrutiny, while there are no such cameras in government offices also "cannot be an argument."

"Without prejudice to the submission that installation of CCTV camera do not infringe the right to privacy, in the alternative, it is submitted that the right to privacy like any other fundamental right would not be absolute and would always be subject to reasonable restrictions by the State," the reply said. "A reasonable expectation of privacy though is not surrendered in a public place, however the expectation itself would vary from an intimate zone to a public space like a classroom," it added.

The response further said that installation of CCTV system would ensure "teacher attendance and teacher punctuality in classrooms" while improving the teacher-learning processes with an opportunity for feedback. With the consent of the teachers, some lectures can be recorded for further dissemination and the recordings can also be used to analyse and provide feedback to improve the teaching process, it contended.

In 2018, petitioner Daniel George had moved the high court saying it was not healthy to have cameras inside classrooms and the constant scrutiny would have a psychological impact on the children besides raising concerns of voyeurism and stalking. The petitioner, who claimed to be involved in the field of education awareness, has sought a feasibility test, to be done among students and teachers, to understand the issues they face when it comes to surveillance.

Subsequently, the Delhi Parents Association too filed a petition which sought quashing of the decision to install CCTVs as well as directions to remove those already installed inside the classrooms.