IIT project will come up at Sanguem: Goa Minister

NGO alleges that the IIT-Goa project is proposed in Sanguem to increase the value of land.

Panaji: Though the people against the Indian Institute of Technology (IIT) project in Sanguem have warned to intensify their agitation, local MLA and Minister for Archives and Archaeology, Subhash Phal Desai on Thursday said that it (project) will come into reality at the same place.

"The IIT-Goa project will come to reality at Sanguem. Instead of protesting, people should submit their property papers and settle, if they have encroached (into government areas)," Phal Desai said.

As the locals continued their protest against the IIT project stating they will not allow the government to take away their cultivable land, some environmentalists have also joined the agitation.

Abhijit Prabhudesai, General Secretary of Rainbow Warriors, a NGO, speaking to IANS said that he is supporting the locals to protect the environment. 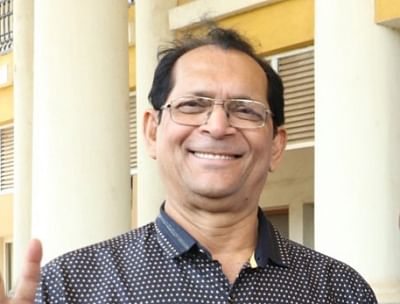 "We are supporting to protect the environment and people's rights. The government should not interfere in agricultural land. The IIT project should be shifted to Farmagudi-Ponda, where land is available," Prabhudesai said.

Prabhudesai alleged that the IIT-Goa project is proposed in Sanguem to increase the value of land.

"Only landlords and politicians want this project at Sanguem as they can make money once the value of land is increased. We are against such things," he said.

Ever since an IIT was allotted to Goa by the Centre in 2014, the institute started functioning at a temporary campus in the Goa Engineering College (GEC) in Ponda.

The IIT-Goa campus proposed at Sanguem is facing opposition from the locals, and recently protests were also staged in the state capital Panaji.

Recently, Minister Subhash Phal Dessai said that the IIT-Goa project in Sanguem may create 2,000 employment opportunities which would benefit the local youth.

"This project would help to develop this area with due care to a sustainable environment. There is a possibility of the creation of 2,000 employment opportunities which would benefit local youth," he had said.

Chief Minister Pramod Sawant had also said that the foundation stone to set up the IIT-Goa project will be laid within the next six months.