The 2011 alumnus made his way through XLRI, moving from ‘fish-market group discussions’ to failed date nights. He was the "Lord Hari" of college.

Hari Hara Subramanian reminisces about his B-school days in his authored book called ‘Hilarious MBA Memoirs’. Humor woven experiences of an HR student make their way into this 130 pager.

The 2011 alumnus made his way through XLRI, moving from ‘fish-market group discussions’ to failed date nights. He was the "Lord Hari" of college.

“It started innocuously when one of my batchmates said ‘I will make you the Lord of XL’. Without taking his word seriously, I said ‘Dum hai to karke dikha’. Little did I know that it would instigate him to organize a coronation ceremony on campus.”

He was made to dress up like a Swamiji, bless the placement committee, perform a havan, and had a bell installed outside his room. The Professors decided to get in on the joke and started calling him Lord Hari as well.
“It became an annual event,” he said, “and eventually I handed over the lordship to another junior called Lord Vinayak.”

Hari, who now lives in the UK and has worked with companies like the Mahindra Group and Amazon, did not crack the XAT in his first attempt. Without taking the failed attempt to heart, he worked for a year whilst preparing for a second shot at the exam.

“It is not about being the most intelligent person in the room, I realized the key lies within time management. It is important that we identify our strengths and weaknesses and don’t succumb to peer pressure. You don’t want to get the nerves on exam day! I applied for BM as well as HR. The interview for BM was very technical and I was clean bowled. HR, however, went really well.”

With this began his life in Jamshedpur which proved to be a gateway to a close-knit community,

“Everyone knew everyone as there were only 240 students in my batch.”

Spots like Jubilee park near the Circuit House Area and 60ML were the students’ favorites. The batch would eat Litti Chokha in Bistupur Market and watch movies like ‘Udaan’ in Payal Cinema. “In Jamshedpur, we walked, we cycled, and did not worry about safety. The disconnect from the rest of the world really helped me find my career.”

Hari Hara Subramanian found he preferred to work as a freelancer and wants to write a children’s book someday. “I started drafting emails for my boss at Mahindra group, wrote press releases, and handled internal communications. Unbeknownst to me, I developed a skill for writing. I took a six-month-long break when we had a daughter and penning down humor to relieve everyone’s stress seemed like the right thing to do.”

Grateful to the Alma Mater for all that it gave him, Hari Hara Subramanian sent a word out to all those seizing their days on the campus, “I will tell XLRI students to stop worrying about stressful times and let go of those things which you cannot control.” 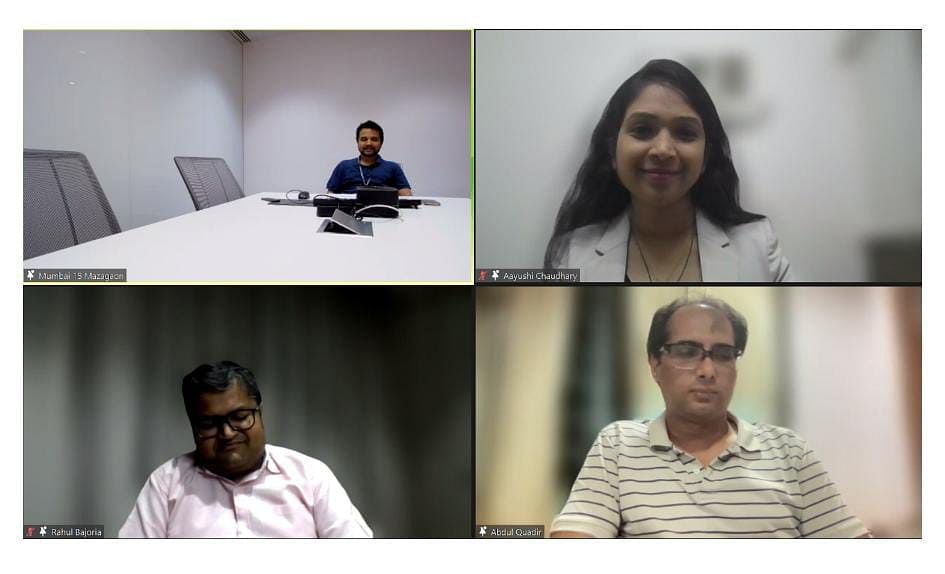