Pune: An NGO has asked Prime Minister Narendra Modi to donate all the loudspeakers removed from mosques and other religious sites in order to enable 'distance education' in remote schools and junior colleges in the Union Territories of Jammu and Kashmir and Ladakh, as well as other border states.

In light of the Uttar Pradesh government's recent decision to remove loudspeakers from many religious sites in the state, the Pune-based 'Sarhad' has written to Prime Minister Narendra Modi about the issue.Sarhad Founder-President Sanjay Nahar said that thousands of these public address systems have been removed and may be rendered useless, to finally end up in the 'kabadi' (scrap) shops.

However, in Jammu & Kashmir and Ladakh, there are hundreds of schools and even some junior colleges which are situated long distances apart, 5-7-10 kms or even more in some remote forested or mountainous areas.

"Through Sarhad initiative 'Ghar Ghar School, Har Ghar School', along with Vande Mataram Sanghatana (VMS), we are finalising a plan to recycle these discarded loudspeakers for such schools and junior colleges, help 'connect' them, amplify the teachers' classes/lectures to benefit all, clear the students' doubts, solve problems, etc.," an excited Nahar told IANS.

These could also be deployed for certain other common initiatives like relaying the National Anthem daily, morning prayers/pledges or conduct competitions on loudspeakers so all can take part irrespective of the long and tiresome distances involved, he added.

Besides, if a particular teacher is on leave or absent, the students can be 'linked' to some other nearby schools to relay the same period to ensure they don't miss out on the days' course education or lag in the syllabus, and relay common instructions during exams simultaneously, saving time and efforts, said VMS President Vaibhav Wagh.

VMS' Working President Sachin Jamge said it would be of particular importance during bad weather conditions when many small mountain villages remain practically cut off, but the facility of such 'distance education' would ensure the students feel part of the mainstream and don't miss out on their curriculum.

"I wholeheartedly congratulate and stand grateful to the Yogi Government for having removed loudspeakers, specially the masjids (mosques), he said, adding how unfortunately in Maharashtra, there are no such 'Yogis' (hermits), but only 'Bhogis' (hedonists).

Nahar urged Yogi and Raj to consider the proposal in the national interest instead of sowing sectarian strife, and said 'Sarhad' can repeat the same in remote or border areas in Gujarat, Rajasthan, Punjab, Uttarakhand, Sikkim and other Northeastern frontier states.

"Regular use of these bullhorns will ensure alertness among the people, can be used in medical emergencies or terror situations to relay messages where mobile connectivity is poor and discourage the 'shady elements' who lurk in the border areas," Nahar said. 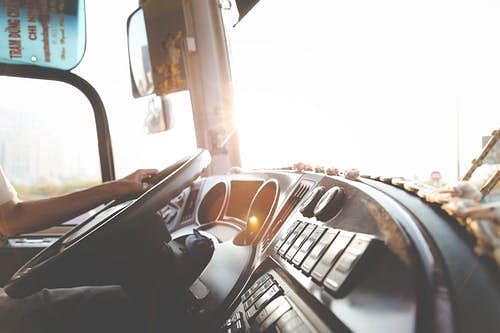