Bengaluru: After receiving a threat via email, bomb squads and dog squads began a search of the National Hill View Public School in Rajarajeshwari Nagar, which is owned by D.K. Shivakumar, the president of the Karnataka Congress party.

According to police, the miscreants had sent threat mail to the school administration on Sunday. It was noted by the school staff when they returned to work on Monday and immediately they informed the police.

The students were shifted from Unit -1 wing to Unit-2 building wing. The parents of the school children panicked and gathered opposite the school premises. Ishwarya, the daughter of Shivakumar comforted the parents explaining to them that the situation was in control.

Araga Jnanedra, Home Minister stated that the police department has taken the development seriously as miscreants have targeted Bengaluru education institutions earlier with hoax bomb threats. "The police squad has reached the school and they are conducting inspections," he stated. "I have also asked to take action against miscreants," he stated. 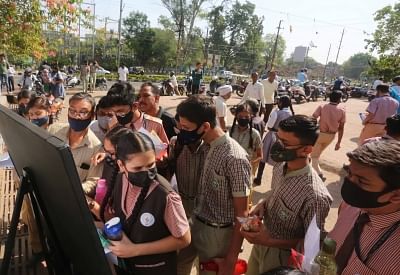