The Anganwadi centre is dilapidated, water is leaking, and the walls are damp and cracked | IANS
Follow us on

Leaky roof, damp and cracked walls and a general air of neglect -- this is the condition of an Anganwadi centre in Untkheda panchayat of Bhopal district in Madhya Pradesh.

About 50 km from this rural region is Ashoka Garden, where Chief Minister Shivraj Singh Chouhan pulled a handcart in May to encourage donations for 'Adopt An Anganwadi' scheme. Launched by his government in January, the scheme aimed at improving public participation to strengthen maternal and child health facilities across the State.

"The Anganwadi centre is dilapidated, water is leaking, and the walls are damp and cracked. We have informed senior officials, but the condition remains the same," says anganwadi worker Premlata Dhanak of Ladaiya Barri, which falls under Untkhedi in Berasia block. 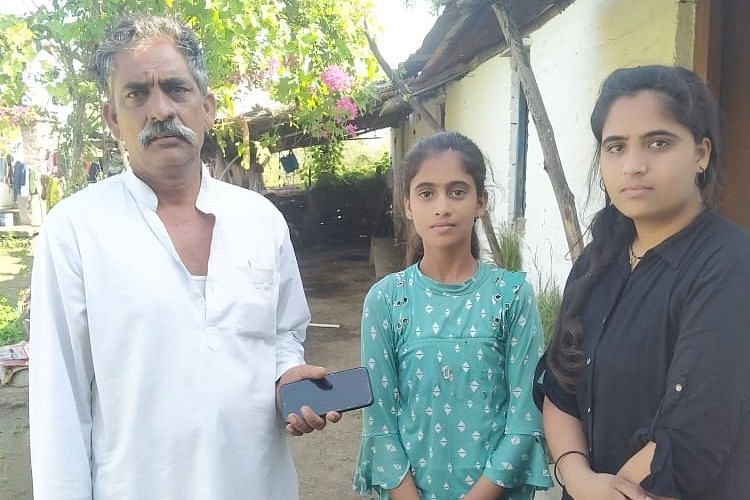 The centre functions on the premises of a government school. "This building was constructed in 2007, but the authorities have not bothered to get even basic painting work done since then. Sevika/Sahayika Haribai and I pay out of our own pockets to get that done during Diwali every year. Repair work seems like a daydream!" Dhanak tells the media.

"Nine months have passed since the launch of the scheme, but no individual or organisation has adopted our Anganwadi."

The Anganwadi has received around six books from the Women and Child Development Department (WCDD), under which Untkhedi centre falls. However, they are of no use to the children as these books are recommended for reading for students of Class 5 to 8. "Now, we both read them in our spare time to enhance our knowledge," says Dhanak.

Numbers do not tally

Anyone can register him/herself on the WCDD website to offer help based on his/her financial capacity. "As of now, 77,187 people have registered to adopt 97,135 anganwadis in the State. Of them, the applications of 63,344 people have been approved," says Yogendra Yadav, District Programme Officer for WCDD, Bhopal division.

He informs that 7,746 individuals and organisations have registered under the scheme in Bhopal division (which includes Bhopal, Vidisha, Sehore, Rajgarh and Raisen) and in Bhopal district alone, 5,055 people have stepped in to take care of 1,872 anganwadi centres.

In short, according to Yadav, adoption of all anganwadi centres in Bhopal's urban and rural areas is complete. However, the situation on the ground is far from what is being projected.

An anganwadi worker from Untkheda, Brajlata Lodhi says, "There are three anganwadi centres in our panchayat, and the condition of all three is exactly the same. No one has come forward to adopt them so far."

Many villagers have stopped sending their children to these centres fearing a roof collapse, claims Kala Bai, the sevika/sahayika of Untkheda.
Mamta Malviya, an anganwadi worker in Untkhedi's Bagraj village, alleges that they do not get the supplementary nutrition for pregnant and nursing mothers in time. "However, the supplementary nutrition for children reaches us every day on time. About 20 children come here, of which three to four are malnourished," adds Lodhi.

Yogendra Yadav, District Programme Officer for the Women & Child Development Department, Bhopal division admits that there are delays in getting the nutritional supplements delivered to anganwadis on some days when the vehicles break down.

The condition of three anganwadi centres in Amarpur panchayat is equally pathetic. Located 74 km from Bhopal, the mini anganwadi in Amarpur village has been functioning without electricity for over a year.

"I have written to the sarpanch, panchayat secretary, zila panchayat, and also the WCDD. Yet, we have not got an electricity connection," says worker Annapurna Sharma. The centre caters to 25 children - 17 of them undernourished - and five pregnant women.

The story is the same in Gunga panchayat, situated 25 km from Bhopal. The anganwadi centre manned by Sadhna Ghosi takes care of 80 to 85 children, 12 pregnant and 12 nursing women. "None of the four centres in this panchayat has electricity and water supply connections in place," Ghosi informs 101Reporters.

Workers from other centres in Gunga - Krishna Rajput, Babli Shrinivas and Usha Prajapati - attest to this fact. They believe only a few villagers can afford to adopt the centres. Even those who are capable are not willing to help, despite several attempts to raise awareness.

Kazmi alleges mismanagement in the distribution of supplementary nutrition, payments to Anganwadi workers and assistants, and in other essential services.

Nirmala Buch, a retired IAS officer and head of Mahila Chetna Manch, is all praise for Adopt An Anganwadi scheme. "It took the Chief Minister three hours to cover 800 m on the streets of Bhopal, while pulling a cart to promote the scheme in May. The public response was so overwhelming that he could collect 10 truckloads of toys, stationery items, books and other essentials for anganwadi centres. In addition, donations worth Rs 2 crore were received."

She says the problem is not with the scheme, but the process, which is cumbersome. "Registrations happen online. Even if just one person registers on the website to offer some help to a particular Anganwadi, the portal starts to show it to be 'adopted'. However, the fact remains that more than one person can adopt a single anganwadi centre to take care of all its requirements," Buch explains.

The department has also delayed scrutiny of applications. If they speed up the process and bridge the gap between the people who want to donate and the anganwadi centres that need help, we will see results in no time, she hopes.