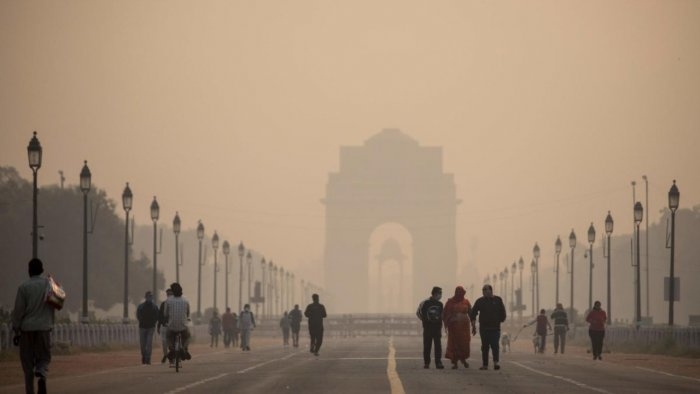 Delhi's Diwali started with "very poor" air quality which is predicted to take a turn for the worse irrespective of cracker bursting, according to authorities.

While SAFAR said the air quality may become 'severe' on November 5 and 6 if firecrackers are burnt, an official from the India Meteorological Department said model predictions do not indicate the AQI reaching the 'severe' category "even with higher emissions".

It is likely to increase to 20 per cent on Thursday (Diwali) and further to 35 to 40 per cent on Friday and Saturday with the wind direction changing to northwest, it said.

Delhi Environment Minister Gopal Rai had Wednesday urged the Centre to issue an advisory to Punjab, Haryana and Uttar Pradesh to completely stop stubble burning during the Diwali period so that people could breathe easy after the festival.

The contribution of farm fires in Delhi's air pollution has remained low this season so far due to the record-breaking rainfall in October and "unfavourable" wind direction for transport of smoke from stubble burning.

SAFAR said "very calm" local Delhi wind conditions with little ventilation is expected for the next three days which will be unfavourable for dispersion of pollutants.

Under a zero firecracker emission scenario, Delhi's PM2.5 concentration is predicted to be in the upper end of the 'very poor' category from November 4 to November 6.

"However, even if we consider 50 per cent of firecracker load of 2019, the AQI is predicted to degrade to the 'severe' category during the period," SAFAR said.

Action is being taken under relevant IPC provisions and the Explosives Act against anyone found burning crackers under the campaign.

On September 28, the Delhi Pollution Control Committee ordered a complete ban on the sale and bursting of firecrackers in the national capital till January 1, 2022.

According to the government, more than 13,000 kg of illegal firecrackers have been seized and 33 people arrested under the anti-cracker campaign. 'Bursting firecrackers is not a matter of religion': Delhi Environment Minister Gopal Rai