PKL 2018: Patna Pirates vs Jaipur Pink Panthers LIVE streaming! When and where to watch in India, FPJ’s dream 11 tips 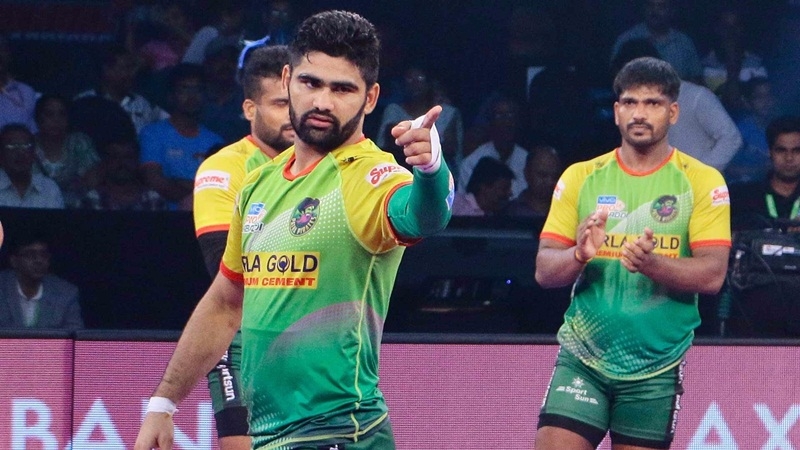 The Pune leg has ended and Pro Kabaddi League is set to start its journey of Patna leg. In the first match at Patliputra sports complex, host Patna Pirates will take on Jaipur Pink Panthers today. Since the inter-zone challenge week is on, both the teams are from different zones. While Jaipur is in Zone A, Patna is in Zone B.

The three times defending champions Patna Pirates have made an average start this time, with two victories and two defeats in four matches. Patna is currently at the bottom of points table, but it is to be noted that except Bengaluru Bulls, Patna has played less number of matches than other teams of Zone B. Now with start of Patna leg, Patna Pirates will play five consecutive matches against other teams. This is a great opportunity for Patna to show its magic and bag the top spot in points table. Patna’s success depends largely upon the performance of Pardeep Narwal, the star raider of team.

On the other hand, Jaipur Pink Panthers have not been able to show their magical colours in the league so far, bagging only one victory in three matches they played. Their lone victory came against Haryana Steelers, which was a close-fought match. But Jaipur team is known for making a poor start in Pro Kabaddi tournaments, making a great comeback later. Jaipur has the support of captain cool Anup Kumar this time, along with experienced players like K Selvamani and Deepak Hooda. Jaipur needs to concentrate on their team work to overshadow Patna today.

The live streaming will be available on Hotstar.

Here is the dream 11 team for Patna Pirates vs Jaipur Pink Panthers.