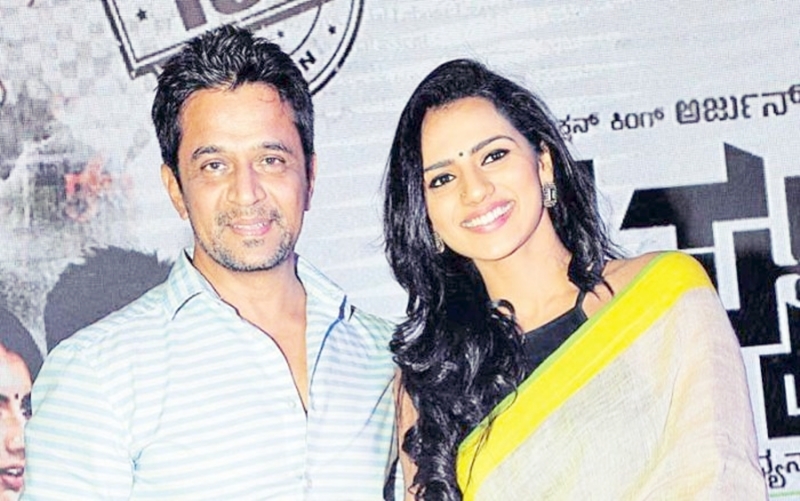 Kannada actor Arjun Sarja, who was accused of sexual harassment by actress Sruthi Hariharan, has filed a defamation case of Rs 5 crore against her. Reportedly, an FIR against the latter has been lodged against Sruthi with the Cyber Crime Police as the civil court is expected to hear the case on Friday.

On Thursday evening, Arjun and Sruthi met the members of a dormant Central Reconciliation Committee of the Karnataka Film Chamber of Commerce to resolve the problem. According to sources quoted by The Hindu, Arjun demanded an unconditional public apology by Sruthi. However, she refused to apologise since she was not at fault. She demanded unconditional withdrawal of all the cases filed against her.

After the meeting, Arjun Sarja told PTI, “There is no question of compromise because the pain is intense. Not only me, but my family, friends and above all, my fans in Karnataka, Andhra Pradesh and Tamil Nadu are deeply hurt. I don’t want others to be sacrificed like this. Hence, we have gone to court. You will come to know in the coming days who are behind this campaign against me.”

In the wake of ongoing #MeToo movement in India, Sruthi on Saturday alleged Arjun Sarja of sexual harassment in a long Facebook post.