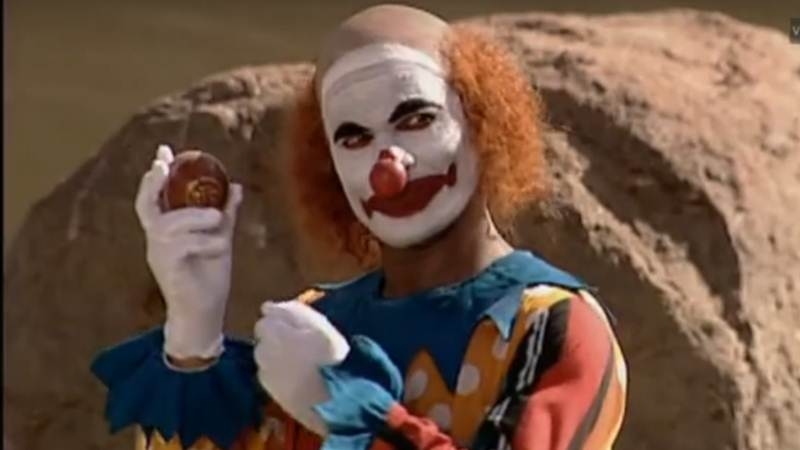 Stephen King is obviously not a stranger to getting his work adapted. In fact, almost each and every one of his novels and short stories has made its way to the big or small screen, some way or another. His novel’s big screen adaptation, IT is wreaking havoc at the box office. The film’s not just minting big money at the box office, it has also received rave reviews from almost all the critics. But did you know, India too tried its hand at adapting Stephen King’s novel IT but into a TV series back in the 90s, titled as ‘Woh‘, an Indian television series from 1998 which was based on the American television miniseries IT from 1990.

The major beats of Woh are almost identical to the American series. The titular character- a red-balloon toting, child-murdering monster disguised as a clown is eventually bested by a group of seven teens who all vow to return should ‘Woh’ ever return. Years later, when the balloons start popping up and kids start going missing again, the group of old friends reconvenes, intent on destroying Woh once and for all. Much like the American series, several members of the group fall victim to Woh’s shape-shifting and mind tricks, but by the end, the remaining survivors defeat the evil force.

But, that is where all the similarities end, though. The Indian series took quite a few creative liberties, including giving ‘Woh‘ a mother. But with the addition of the character of ‘Woh‘s’ mother, it also gave the series a way to show ‘Woh‘s’ backstory and motivations. Meanwhile, Woh also featured well-known filmmaker Ashutosh Gowariker in an important role.

Despite running for a whopping 52 episodes, Woh never caught on. Indian audiences were unfamiliar with the original American series (and King’s novel, for that matter), and found the material a little too niche for their tastes. Because of this, the show was not a success and only ran for one (albeit, long) season. If you’re interested in checking the show out, the complete series is currently up on YouTube, but there’s a little catch: it’s entirely in Hindi and there aren’t any subtitles. However, don’t let that dissuade you from at least checking out the opening credits. They’re perfectly creepy – not to mention oh so wonderfully ’90s.

Check out the title track as well as the first episode of Woh: