HomeBusinessWhy Indian suppliers at risk of losing revenue worth $274bn in exports and Chinese suppliers may lose $512.3 bn: here is why

Why Indian suppliers at risk of losing revenue worth $274bn in exports and Chinese suppliers may lose $512.3 bn: here is why

Why Indian suppliers at risk of losing revenue worth $274bn in exports and Chinese suppliers may lose $512.3 bn: here is why |
Follow us on

Many multinational companies (MNCs) may not work with suppliers who are failing to curb carbon emissions, stated a study. It is found that 78 per cent of MNCs are planning to cut suppliers that endanger their carbon transition plan by 2025, stated Standard Chartered report.

The study stated this means that Indian suppliers who fail to undergo this transition alongside their MNC partners, could lose export revenue of USD 273.7 billion.

According to the report, more than two thirds (67 per cent) of MNCs say tackling supply chain emissions is the first step in their net-zero transition, rather than focusing on their own carbon output. “93 per cent of MNCs with a supply chain in India have set emission reduction targets for their suppliers, asking for an average reduction of 30 per cent by 2025.” In addition, suppliers in 12 key emerging and fast-growing markets can share in USD 1.6 trillion worth of business if they can remain part of MNC supply chains.

Bill Winters, Group Chief Executive of Standard Chartered said, “It’s no surprise that as multinational companies transition to net zero, they will have to ask their suppliers to evidence their own transitions. However, suppliers – especially those in emerging and fast-growing markets - cannot go it alone. MNCs need to incentivise their suppliers to help them kick start their transition journey, but governments and the financial sector have a role to play too by creating the right infrastructure and offering the necessary funding.”

Talking about hurdles, some 56 per cent of MNCs believe that the lack of knowledge among emerging market suppliers (41 per cent for developed market suppliers) is a barrier to decarbonisation.

Below is the list of countries and revenue at risk: 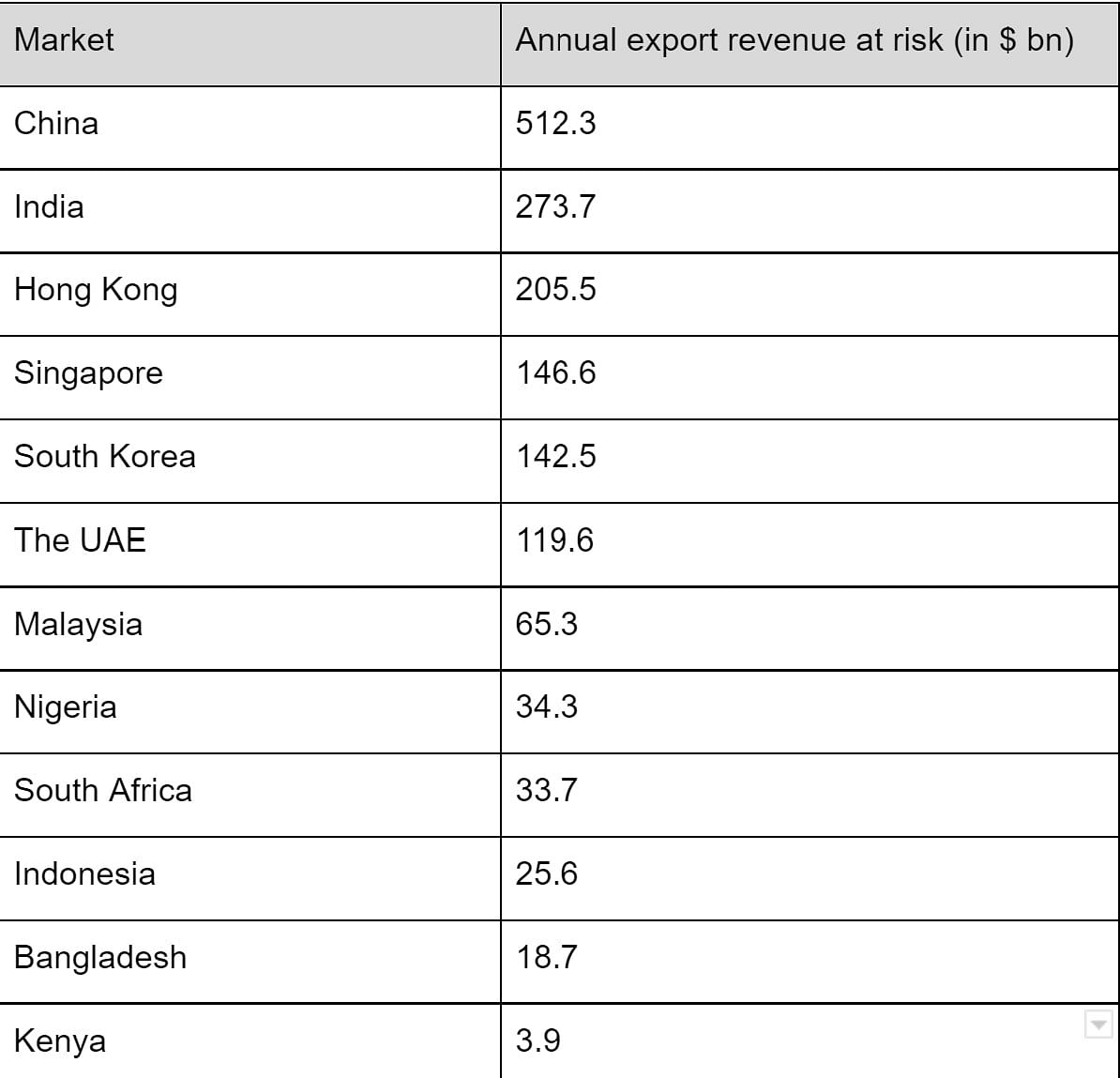