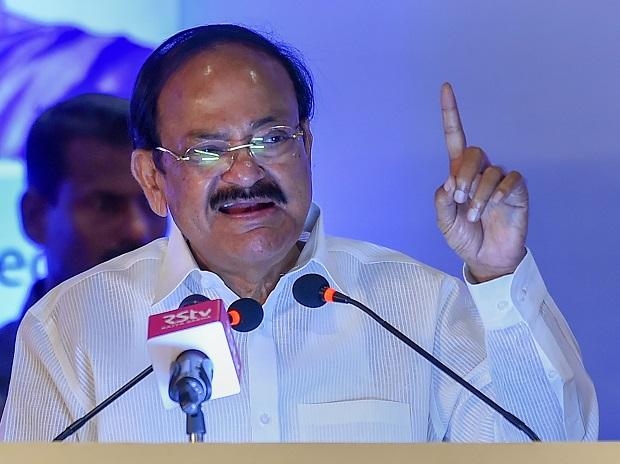 "It is the innovative research in science, technology and other fields that puts developed countries ahead of the rest," Vice-President M, Venkaiah Naidu said/ Representational image | Photo: PTI

Vice President M Venkaiah Naidu on Monday stressed that research and development should be accorded in every sphere of programmes for national development.

Inaugurating the Puducherry government-sponsored first Technological University (called Puducherry Technological University), he said research and findings of institutions should come out with new ideas and out of box findings "to make the country stable, strong and prosperous." Naidu also said it was cutting edge researches in science and technology that helped developed nations to go ahead of other nations.

The vice president said that he had always emphasised the importance of research and development in all spheres of national development.

"It is the innovative research in science, technology and other fields that puts developed countries ahead of the rest," he added.

He further said, "if we must make India a developed nation, we will have to create an enabling ecosystem for researchers." The vice president said there should be promotion of ideas that would help country face the challenges arising out of climate change, pollution, poverty and other health issues.

He called upon educational institutions "to have increased interface with the industry to promote result-oriented research that addresses contemporary challenges such as climate change, pollution, health, and poverty." Naidu said that a massive literacy programme was also necessary with 20 per cent of the country's population being illiterate.

"We should prepare out youth to bring to an end various social and artificially created barriers including caste," Naidu said, adding all gender and social discriminations should be brought to an end.

The education sector was one of the worst affected segments during the pandemic, he said, adding the massive free vaccination programme to keep the infection at bay was a big initiative going all over the country.

The Vice President urged legislators in Puducherry to undertake door-to-door visits cutting across party lines and ensure that the people got vaccinated against the pandemic.

He described as most commendable the upgradation of Puducherry government sponsored engineering college started n 1986 into a technological university now.

This would facilitate introduction of autonomy to the university to start newer courses, he added.

Lt Governor Tamilisai Soundararajan who is the Chancellor of the Pondicherry Technological University, Chief Minister N Rangasamy, Home and Education Minister A Namassivayam and Speaker of Puducherry Assembly R Selvam were among those present.

Naidu was on a two-day visit to Puducherry since Sunday.