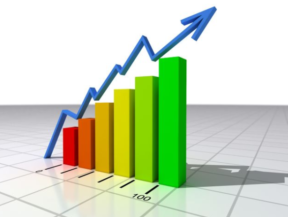 US industrial production dropped in September due to the lingering effects of Hurricane Ida and severe supply constraints./ Representational Image |

US economic growth slowed from mid-August through September, contributed by supply chain disruptions, labour shortages, and a Delta variant-fuelled COVID resurgence, according to a Federal Reserve survey.

"Outlooks for near-term economic activity remained positive, overall, but some districts noted increased uncertainty and more cautious optimism than in previous months," the Fed said in its latest survey on economic conditions, known as the Beige Book, based on information collected from its 12 regional reserve banks.

The Beige Book, which was issued on Wednesday, noted that economic activity and employment grew at a modest to moderate rate in recent weeks, as demand for workers was high, but labour growth was "dampened" by a low supply of workers, reports Xinhua news agency.

"Firms reported high turnover, as workers left for other jobs or retired. Child-care issues and vaccine mandates were widely cited as contributing to the problem, along with COVID-related absences."

The survey also noted that most districts reported "significantly elevated prices," fuelled by rising demand for goods and raw materials.

According to a report released by the Fed on Monday, US industrial production tumbled in September due to the lingering effects of Hurricane Ida and severe supply constraints.

Total industrial production fell 1.3 per cent in September, following a revised decline of 0.1 per cent in August, the central bank said.