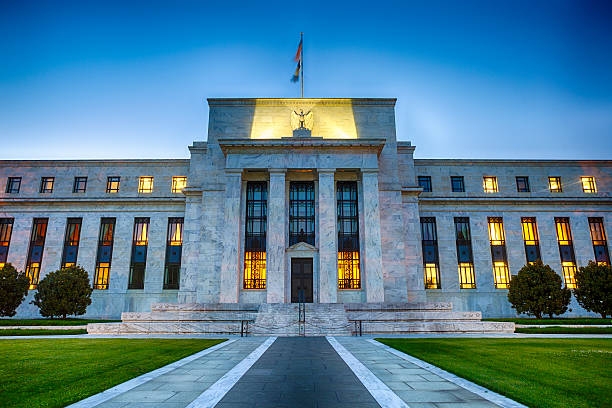 The US Federal Reserve has announced that it will start tapering its asset purchases later this month amid great concerns over elevated inflation levels.

"Inflation is elevated, largely reflecting factors that are expected to be transitory. Supply and demand imbalances related to the pandemic and the reopening of the economy have contributed to sizable price increases in some sectors," the Federal Open Market Committee (FOMC), the central bank's policy-making committee, said in a statement on Wednesday after a two-day meeting.

In light of the "substantial further progress" the US economy has made toward the Fed's goals since last December, the committee decided to begin reducing the monthly pace of its net asset purchases by $10 billion for Treasury securities and $5 billion for agency mortgage-backed securities, according to the statement.

Meanwhile, the Fed decided to keep the federal funds rate unchanged at the record-low level of near zero as widely expected.

"Our decision today to begin our tapering asset purchases does not imply any direct signal regarding our interest rate policy," Fed Chairman Jerome Powell said on Wednesday afternoon at a virtual press conference.

"We continue to articulate a different and more stringent test for the economic conditions that would need to be met before raising the federal funds rate," Powell said, adding there is still ground to reach maximum employment both in terms of employment and participation.

Powell also noted that the drivers of higher inflation have been "predominantly connected to the dislocations caused by the pandemic", specifically the effects on the supply and demand from the shutdown, the reopening and ongoing effects of the virus itself.

"It is very difficult to predict the persistence of supply constraints or their effects on inflation. Global supply chains are complex. They will return to normal function, but the timing of that is highly uncertain," he said.

In the 12 months through September, the core personal consumption expenditure (PCE) price index, the Fed's preferred inflation measure, rose 3.6 per cent for a fourth straight month, remaining at the highest level since May 1991, according to the Commerce Department.

Powell told reporters that the central bank will use tools to "preserve price stability" if Fed officials were to see signs that the path of inflation or longer-term inflation expectations was moving materially and persistently beyond levels consistent with the central bank's goal.

"We don't think it's time to raise rates now. If we do conclude it's necessary to do so, we will be patient, but we won't hesitate," he said, noting the central bank will be watching carefully to see if the economy is evolving in line with expectations.

A Bloomberg survey released on Tuesday showed that economists are closely divided on whether US interest-rate liftoff will be in 2022 or early 2023, with a slim majority estimating the latter timing.