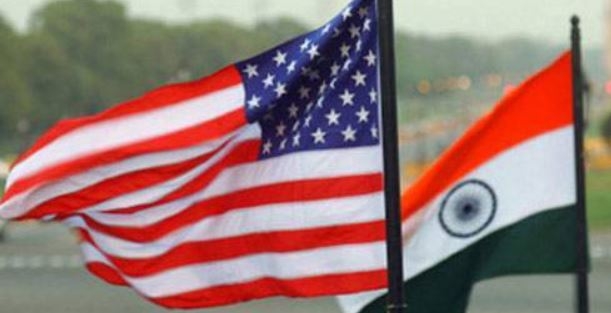 In the current 2021-22 (April- October), the US has once again become the largest trading partner with bilateral merchandise trade of $67.41 billion, accounting for 11.98 per cent of India's total merchandise trade. / Representative Image |

The government on Friday said during the April-October period this fiscal, the US has once again emerged as the largest trading partner of India with bilateral merchandise trade of $67.41 billion.

The US has been the largest trading partner of India with respect to merchandise trade since 2018-19, except in 2020-21, when trade with America declined marginally on account of the COVID-19 pandemic, Minister of State for Commerce and Industry Anupriya Patel said in a written reply to the Rajya Sabha.

''In the current 2021-22 (April- October), the US has once again become the largest trading partner with bilateral merchandise trade of $67.41 billion, accounting for 11.98 per cent of India's total merchandise trade,'' she said.

She also said that India's bilateral trade with Australia has increased to #13.88 billion in 2021, from $7.48 billion in the corresponding period of 2020.

In a question whether it is a fact that the ministry has prepared a plan to build a 5-star hotel at Pragati Maidan, Patel said: ''Yes''. The construction has not started yet, she said.

Replying to another question on exporters' refund, she said as on November 25, out of all Merchandise Exports from India Scheme (MEIS) claims applied for period 2020-21, duty credit scrips have been issued for 97.3 per cent of claims and 2.7 per cent claims are under various stages of approval process.

''Completed MEIS applications are largely system driven except for certain applications which require manual examination such as for exports from non-EDI (Electronic Data Interchange) ports. Disposal of pending applications is also dependent on compliance of deficiencies by the applicant exporters,'' she added.