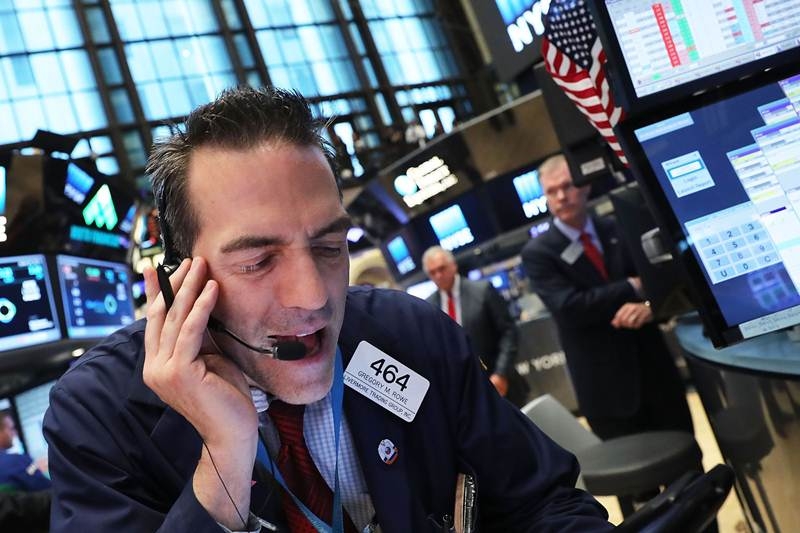 Asian stocks followed a rebound in the US after Federal Reserve Chair Jerome Powell reassured investors the central bank will tackle inflation to extend the economic expansion./Representational image |

Mohit Nigam, Head - PMS, Hem Securities, said, "Benchmark Indices are expected to open on a positive note as suggested by trends on SGX Nifty. Both European and US markets closed in green. Asian markets are giving strong positive signals.

"Stupendous earning season outlook along with positive expectations from annual budget is driving the markets despite the exponential rise in COVID cases in the country.

Nifty has shown deceleration in the upward momentum on January 11 with advance decline ratio turning slightly negative. This could be an indication of the trend getting mature. However there are yet no reversal signs. 17,945-1,8210 could be the band for the Nifty in the near-term.

US stocks ended higher Tuesday, with tech-related shares extending a bounce from the previous session, as investors appeared to take testimony by Federal Reserve Chairman Jerome Powell in stride as they looked for clues to the pace of future rate increases and other plans for tightening monetary policy in 2022.

Major US stock benchmarks ended higher after investors digested Federal Reserve Chairman Jerome Powell’s testimony before the Senate Banking Committee in a hearing on his nomination to serve a second term. Powell told a congressional hearing on his confirmation for a second term at the helm of the central bank that the economy could handle the COVID-19 surge and tighter monetary policy.

Powell painted a picture of a soft landing for the economy as the Fed moves to remove emergency stimulus measures and begin raising interest rates, even as market participants increasingly expect the central bank to move much more aggressively than previously anticipated after inflation proved hotter and much more persistent than policy makers had predicted.

China's factory-gate inflation rose more slowly than expected in December as the government took steps to contain lofty raw material prices. The producer price index (PPI) climbed 10.3 percent from a year earlier, the National Bureau of Statistics (NBS) said in a statement. Economists in a Reuters poll had expected the PPI index to gain 11.1 percent after a 12.9 percent rise in November. China's consumer price index (CPI) grew 1.5 percent year-on-year in December. Economists in a Reuters poll had expected a 1.8 percent uptick, after a 2.3 percent increase in November.

The dollar slid to its weakest since November against major peers on Wednesday, after Federal Reserve Chairman Jerome Powell said it may take several months to make a decision on running down the central bank's $9 trillion balance sheet, Reuters said. In testimony at his renomination hearing, Powll said the US economy was ready for higher interest rates and a runoff of its asset holdings - dubbed quantitative tightening (QT) - to combat inflation.

India's top three IT companies i.e., Tata Consultancy Service, Wipro and Infosys will announce their Q3FY2022 results today. The three IT heavyweights are announcing their results on the same day for the first time in their operating history. Good numbers can be expected on the back of robust client demand, Nigam said.