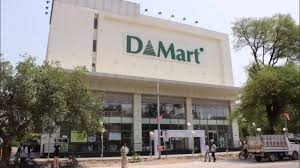 The three largest Chinese retailing companies (largely e-commerce) have a combined market capitalization of $0.75 trillion (Rs 55 trillion) currently; they have other businesses too.

India’s GDP per capita will reach China’s current GDP per capita by then. The top10 Chinese retailing (largely e-commerce) companies have a combined market capitalization of $1 trillion (Rs 75 trillion). 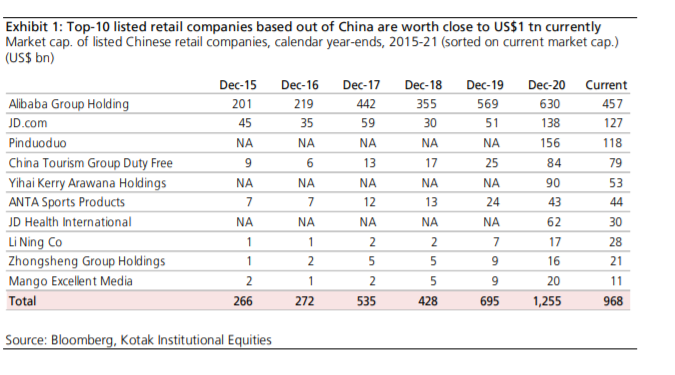 We note that some of them have other businesses, the value of which reflects in their overall market capitalization. It appears that the market is very confident of

1) strong growth in India’s GDP for the next several years,

2) large retailing market opportunity in terms of revenues and profits, and 3) flawless execution on part of DMart.

Assumption #1: India will reach China’s current GDP per capita in about 30 years 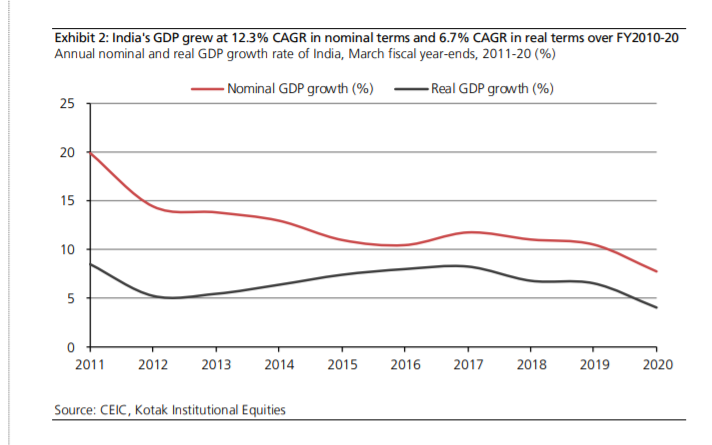 We are hopeful about acceleration in India’s GDP growth on the back of economic reforms and a multi-year investment cycle, which could result in a virtuous cycle of investment and consumption.

Assumption #2: Retailing market will present a large and profitable opportunity

A simple analysis shows that DMart would have to reach sales of around Rs 70 trillion, EBIT of Rs5.3 trillion and net profits of Rs 4 trillion in FY2050 to justify today’s market capitalization. We use a 20X P/E multiple for DMart in FY2051, which seems reasonable in the context of the ‘mature’ state of India’s economy and retailing market by then. 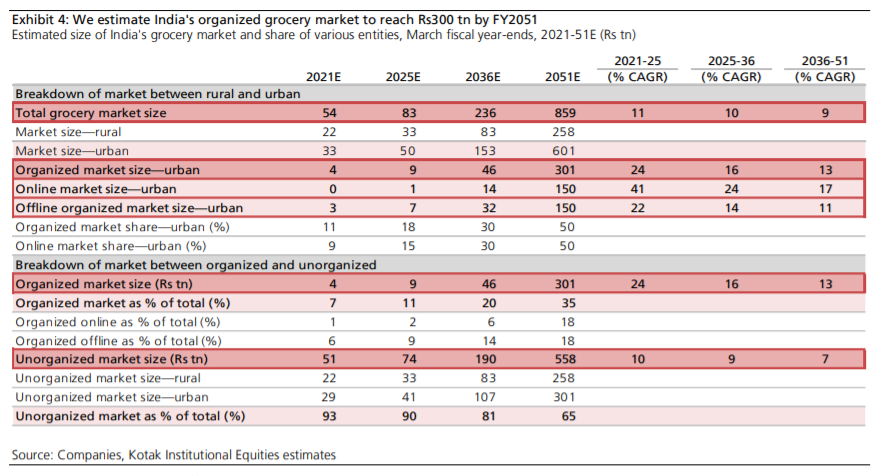 We assume 45 percent of India’s population and 30 percent of consumption will be in rural markets in FY2050, which will largely be outside the purview of formal retailing. The share of rural population in China’s total population is about 35 percent currently.

Assumption #3: Flawless and superior execution versus several other competitors

The current market capitalization also implies rapid expansion of DMart’s digital and physical infrastructure that will enable it to meet the implied revenue and profit numbers (if not higher) for FY2050. We are not sure how to convert the implied FY2050E revenues into digital and physical infrastructure since the mix of offline and online retailing is a big variable.

(All of the views expressed in this report accurately reflect his or her personal views --Sanjeev Prasad, Anindya Bhowmik and Sunita Baldawa--about the subject companies and securities)