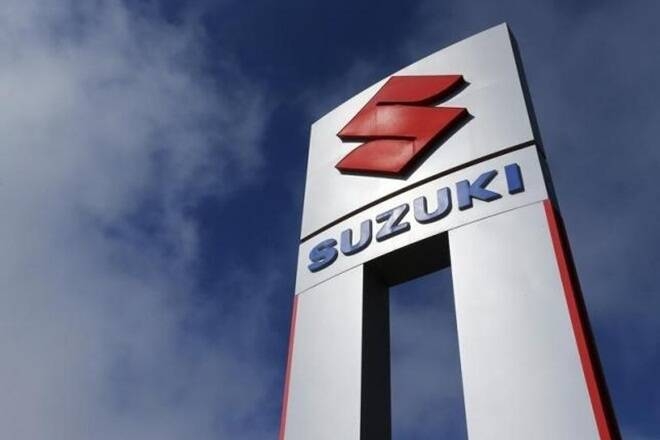 Japan's Suzuki Motor Corporation on Thursday said it expects its automobile sales in India to decline 6 per cent year-on-year and has cut its overall global sales forecast for the ongoing fiscal by 2.25 lakh units on account of semiconductor shortage.

In a financial presentation, the company whose subsidiary Maruti Suzuki India is the largest carmaker in India, pegged its total global sales forecast for the ongoing fiscal at 24.86 lakh units, down by 2.25 lakh units from the previous forecast.

In the last financial year, Suzuki Motor Corporation (SMC) had a total sales of 25.71 lakh units. ''Full-year sales in India are expected to decrease by 6 per cent year-on-year,'' SMC said.

SMC said it has also revised downwards its annual production plan for the ongoing fiscal to 25.79 lakh units, which is 2.99 lakh units less than initially planned, it added. In the previous fiscal, the company had a total production of 26.51 lakh units.

''The initial plan for automobile production is an in-house plan that does not take into account the effects of semiconductor shortage and COVID-19 pandemic in India,'' SMC said in the presentation.

The Japanese carmaker said it is ''placing efforts to minimise the effect on production output arising from parts shortage, including semiconductors and to deliver as many products as possible to our customers.'' Meanwhile, it added, ''effect on production output is still unclear'' and therefore, with respect to full-year forecasts for the ongoing fiscal ''we revised downward the sales volume and net sales figures''.

However, it said despite the expected decrease in production, operating profit is kept unchanged from the previous forecast of 170 billion yen, down 12.6 per cent from the previous fiscal, taking into account the depreciation of Yen and cost reduction efforts.