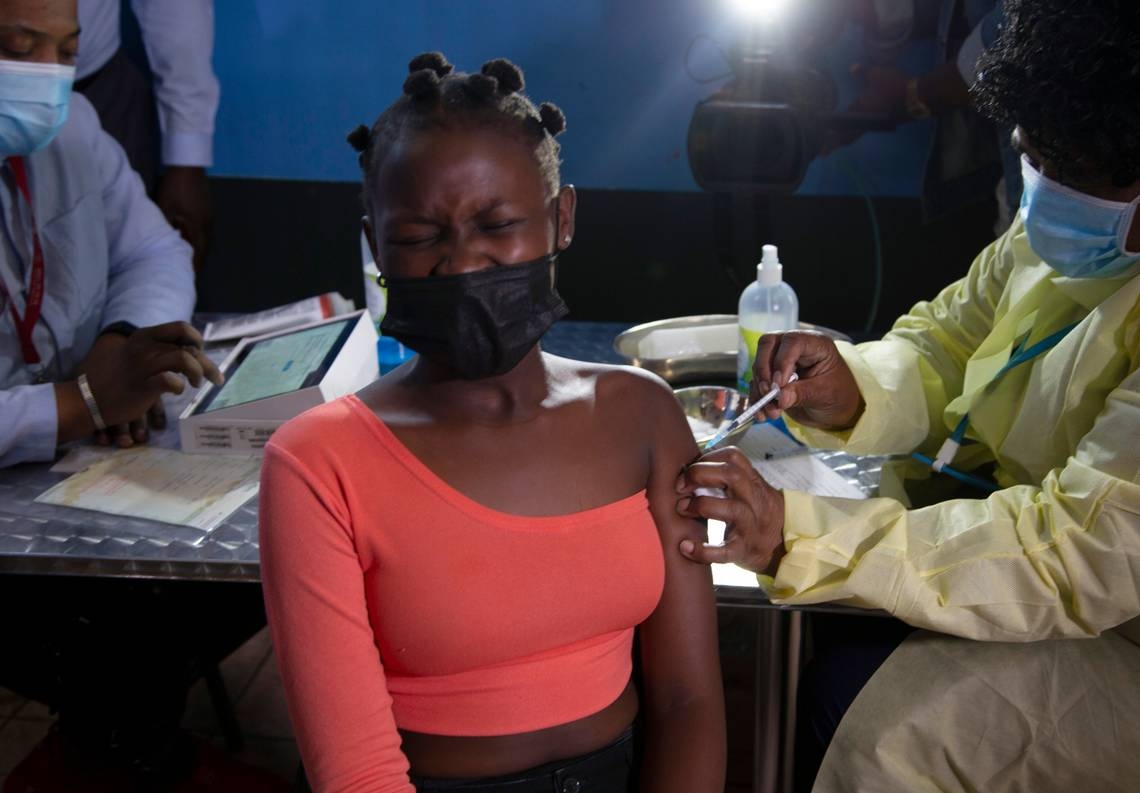 A slew of nations moved to stop air travel from southern Africa on Friday, and stocks plunged in Asia and Europe in reaction to news of a new, potentially more transmissible COVID-19 variant.

Within a few days of the discovery of the new variant, it has already impacted a jittery society that is sensitive to bad COVID-19 news, with deaths around the globe standing at well over 5 million. There are fears that the new variant could bypass the effectiveness of the vaccination campaigns.

Israel, one of the world's most vaccinated countries, announced on Friday that it has detected the country's first case of the new variant in a traveller who had returned from Malawi. He and two other suspected cases have been placed in isolation. It said all three are vaccinated.

The new variant immediately infected stock markets around the world. Major indexes fell in Europe and Asia and Dow Jones futures dipped 800 points ahead of the market opening in the U.S.

“Investors are likely to shoot first and ask questions later until more is known,” said a foreign exchange broker.

Oil prices plunged, with US crude off 6.7% at $73.22 per barrel and the international Brent benchmark off 5.6% at $77.64, both unusually large moves for a single day. The pandemic had caused oil prices to plunge during the initial outbreak in 2020 as well, because travel restrictions reduce demand for fuel.

The World Health Organization cautioned countries not to jump to conclusions too fast. Dr. Michael Ryan, the head of emergencies at the WHO, said that “it's really important that there are no knee-jerk responses."

“We've seen in the past, the minute there's any kind of mention of any kind of variation and everyone is closing borders and restricting travel. It's really important that we remain open, and stay focused,” Ryan said.

It quickly fell on deaf ears.

The UK announced that it was banning flights from South Africa and five other southern African countries effective at noon on Friday, and that anyone who had recently arrived from those countries would be asked to take a coronavirus test.

Germany said its flight ban could be enacted as soon as Friday night. Airlines coming back from South Africa will only be able to transport German citizens home, and travellers will need to go into quarantine for 14 days, whether they are vaccinated or not.

Germany has seen new record daily case numbers in recent days and passed the mark of 100,000 deaths from COVID-19 on Thursday.

Italy's health ministry also announced measures to ban entry into Italy of anyone who has been in seven southern African nations — South Africa, Lesotho, Botswana, Zimbabwe, Mozambique, Namibia and Eswatini — in the past 14 days due to the new variant. The Netherlands is planning similar measures.

The coronavirus evolves as it spreads and many new variants, including those with worrying mutations, often just die out. Scientists monitor for possible changes that could be more transmissible or deadly, but sorting out whether new variants will have a public health impact can take time.

The WHO's technical working group is to meet Friday to assess the new variant. The WHO's Europe director, Dr. Hans Kluge, warned that without urgent measures, the continent could see another 700,000 deaths by the spring.

INDIAN SHARES TANK 3% Indian shares sank nearly 3% on Friday as fears mounted that the new and possibly vaccine-resistant variant could wreak more economic damage, prompted investors to dump equities globally. The Sensex fell 1,688 points or 2.87 per cent to close at 57,107 and Nifty 50 index dropped 510 points or 2.9 per cent to end at 17,026.