The benchmark indices opened higher on May 18 on back of mixed global cues.

On May 17, Sensex rallied 1,345 points, logging the biggest daily rise in three months. The broader Nifty was above 16,250 at the closing bell.

Asia's stockmarkets struggled to carry recent gains into a fourth straight session on Wednesday and the US dollar steadied, as nagging doubts about inflation and the drag from rate rises crept back in to the global growth outlook. MSCI's broadest index of Asia-Pacific shares outside Japan gave up earlier gains to trade around flat by mid-morning. Japan's Nikkei rose 0.3 percent although miners did help Australian shares up about 0.7 percent.

Benchmark 10-year Treasuries were steady in Asia and the yield sat just below 3 percent at 2.9805. European yields are also rising as the likelihood of the European Central Bank hiking rates by 25 basis points around July is firming. Dutch central bank chief Klaas Knot said overnight a bigger rise shouldn't be ruled out.

Japan’s economy shrank for the first time in two quarters in the initial three months of the year as COVID-19 curbs hit the service sector, and the Ukraine war and surging commodity prices created new headaches for consumers and businesses, Reuters said

The decline presents a challenge to Prime Minister Fumio Kishida’s drive to achieve growth and wealth distribution under his “new capitalism” agenda, stoking fears of stagflation – a mix of tepid growth and rising inflation.

US Fed to keep hiking rates

US Fed Chairman Jerome Powell on Tuesday said the Fed will keep raising interest rates until there is clear evidence inflation is steadily falling — a high-stakes effort that carries the risk of causing an eventual recession. he Fed's increases in its benchmark short-term rate typically lead, in turn, to higher borrowing costs for consumers and businesses, including for mortgages, auto loans and credit cards, Associated Press report said.

US retail sales rose 0.9 percent last month while data for March was revised higher to show sales advancing 1.4 percent instead of 0.7 percent as previously reported. The U.S. central bank will "keep pushing" to tighten US monetary policy until it is clear inflation is declining, Fed chair Jerome Powell said at a Wall Street Journal event.

The Dow Jones Industrial Average rose 431 points or 1.3 percent to 32655, the S&P 500 Index increased 81 points or 2.0 percent to 4089 and the Nasdaq Composite rallied 322 points or 2.8 percent to 11,985. Citigroup shares jumped 7.6 percent after a regulatory filing showed that Warren Buffett’s Berkshire Hathaway took a nearly $3 billion stake in the bank during the first quarter.

The ICE US Dollar Index, a measure of the currency against a basket of six major rivals, fell 0.8%, pulling back after a recent surge that took it to a roughly 20-year high. Crude oil prices ended lower in choppy action, while gold was little changed. Europe was higher, and Asia finished in the green following positive real-time COVID data.

Stocks under F&O ban on NSE 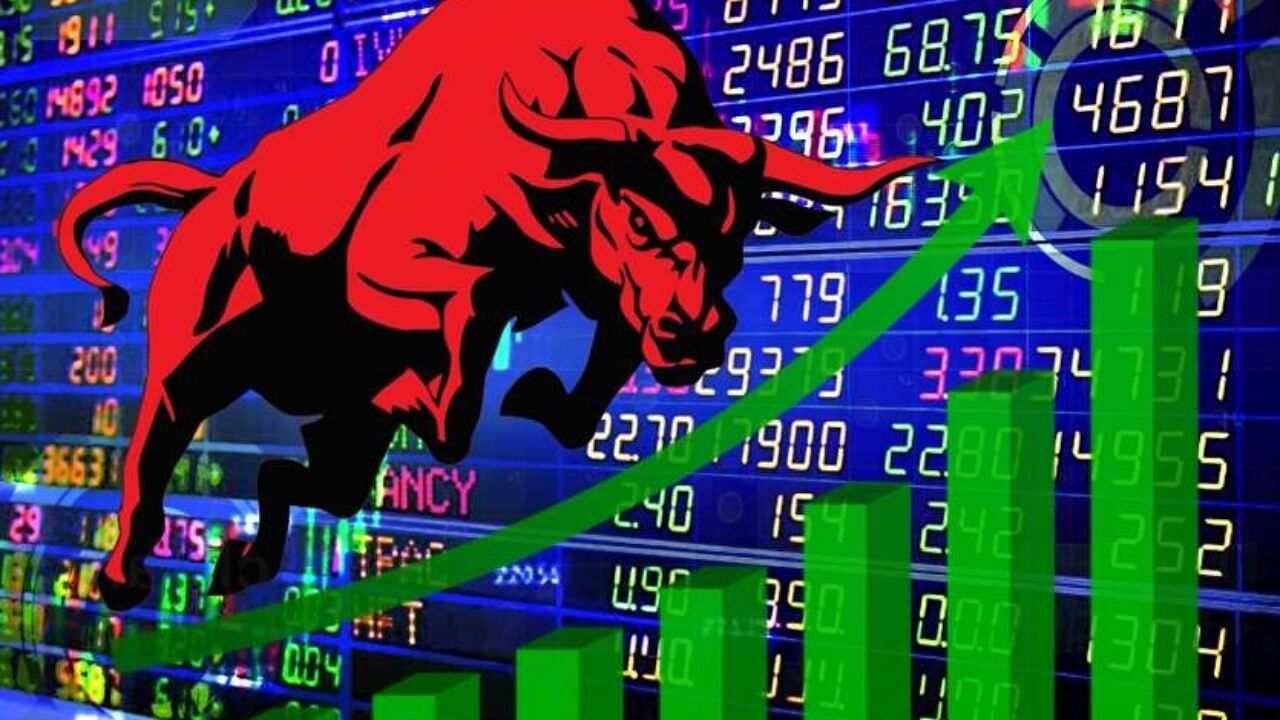