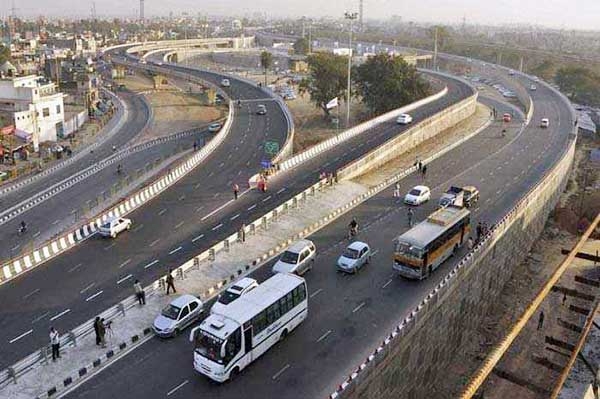 States already account for 41 per cent of the overall infrastructure spending of Rs 77 lakh crore this decade, the rating agency said while releasing its Infrastructure Yearbook 2019.

"Infrastructure investments by states need to rise to Rs 110 lakh crore over the next decade (fiscal 2021-2030) - or 3.5 times an estimated Rs 32 lakh crore in the current decade - if India is to achieve its mammoth infrastructure buildout targets," Crisil said in a statement.

The agency said for the country-wide infrastructure, required spending will be Rs 235 lakh crore over the next decade, and called for average GDP growth of 7.5 per cent and infrastructure spending of above 6 per cent of GDP to help achieve this.

Some of these sectors, which come under the purview of states, have burgeoning infrastructure deficits, and need big investment leaps to plug the gaps.

The spending trajectory of 15 large states, which accounted for 83 per cent of infrastructure capex during fiscals 2015-2019, will be crucial to the overall goal.

Bucketing these states into three categories - frontrunners, middle of the pack, and climbers - Crisil recommended customised strategies and action sequences to maximise investments.

It said frontrunner states such as Gujarat, Maharashtra and Karnataka, which saw a moderation in capex growth on a higher base, need to crowd in private investments, and find new triggers to grow capex sharply from current levels.

Middle-ofthe-pack states such as Haryana, Andhra Pradesh and Telangana can be growth leaders by sustaining their current spending.

However, climbers such as Rajasthan and Uttar Pradesh, which have been high spenders in recent years, could be constrained by surging debt burden, it added.

Crisil identified fiscal deterioration, institutional weaknesses and inability to scale up commercial financing and public-private partnerships (PPPs) as the key structural constraints to address for a sustained increase in spending.

"One, expanding fiscal space by unlocking asset monetisation potential and moving to merit-based directed subsidies; two, nurturing robust counter-party institutions that can own up infrastructure development (including driving viable PPPs); and, three, ironing out sectoral creases and rolling out policies that lift the investment momentum," he added.

While states will have to do the heavy lifting, they also need to work with the Centre on sectoral reforms, the report said.

Barring airports and railways, which saw a slight increase in their Crisil InfraInvex scores following an uptick in and successful award of contracts for modernisation, the scores of most other sectors saw a decline, it said.

"Private investments have been impacted this year because of the global economic slowdown, financing challenges and weaknesses in policy and institutional frameworks," Vivek Sharma, Senior Director, Crisil Infrastructure Advisory said.